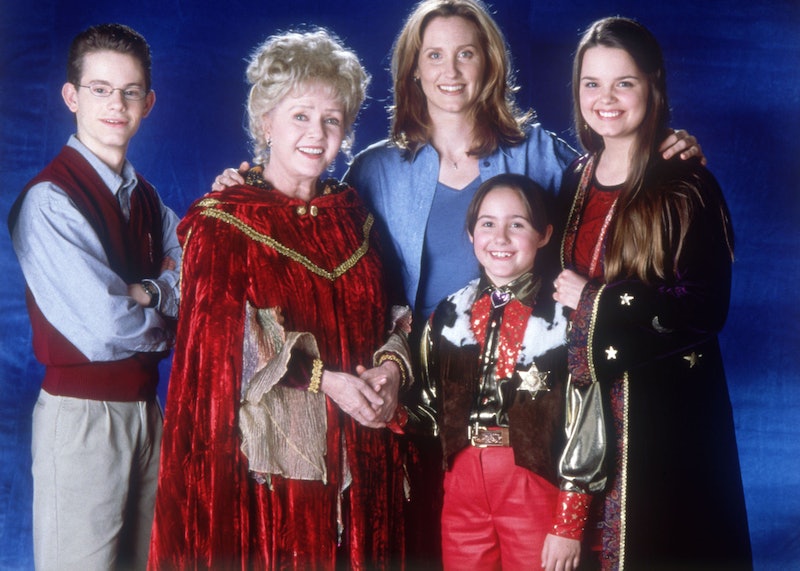 Today marks the first day of October, and therefore, the first day of my long awaited countdown to Halloween (yes — I have a calendar and everything). Oh Halloween, you are everything to me, and I am unabashed in my love for you, as well as the things you bring to the table every year: Such as your inordinate amounts of candy, costumes, and good movies. Because really, is there anything better than celebrating this holiday by lounging around, eating excessive amounts of candy corn, and re-watching all of the best spooky films from your childhood? OK, not actually spooky films, because be honest, those were terrifying — but spooky films like Hocus Pocus, Nightmare Before Christmas, and my all time favorite, Disney's amazing Halloweentown series.

The Halloweentown series consisted of four Disney Channel Original Movies that aired during the span of 1998 and 2006: Halloweentown, Halloweentown II: Kalabar's Revenge, Halloweentown High, and the penultimate, Return to Halloweentown. The films gave us everything a gal could have ever wanted from a children's Halloween franchise. A protagonist that learns she’s a witch? Check. Villains and love interests? Check and check. An alternate universe where witches/trolls/skeletons/goblins go to live, but that also simultaneously looks like the happiest place on earth? Super check. Yes, the Halloweentown series was so good... it was scary.

If I haven't already convinced you, here are seven other reasons why the Halloweentown series deserves a marathon, like right now. (Or at least before Halloween.)

1. Halloweentown Is The Greatest Town Ever

In Halloweentown, it's ALWAYS HALLOWEEN. Just let that sink in for a minute.

People might call your love of Halloween strange or even borderline unhealthy, but y'know who gets you? Halloweentown protagonist and OG Halloween spokesperson, Marnie Piper. Bless you, Marnie.

3. Marnie's Grandma Is Everything You Ever Wanted Out Of A Grandma

Agatha "Aggie" Cromwell was the dopest grandma ever. She's the Queen of Halloweentown, and carries around a bottomless bag that produces whatever you want from it. Like, what?!

4. For The Costume Ideas

Need ideas on how to be a witch/skeleton/jack-o-lantern/anything Halloween related? This series has you covered.

They were terrible, but that's what makes re-watching it so wonderful.

6. For The Feel Good Lessons

The films always had one core message: it's OK to be different.

Thanks Halloweentown, for being the most defining Halloween series of my childhood.