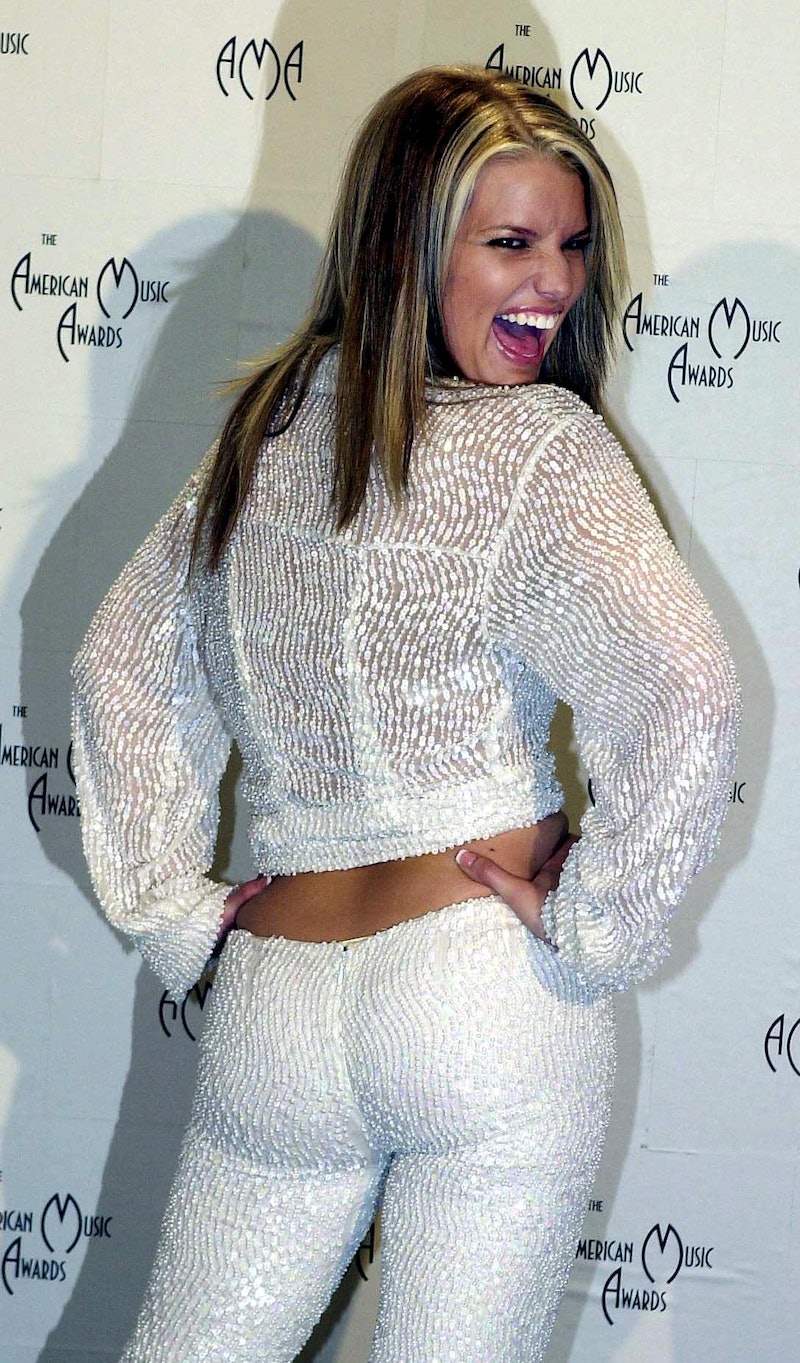 While she may be infamous for her millennial pop anthems, short-lived marriage to Nick Lachey, and dubious comments regarding tuna, Jessica Simpson's hair is another integral component of the performer's unique brand of quirk. Simpson's three-year stint on Newlyweds may well have been the longest running haircare advertisement in television history, as well as a warning to young couples flirting with the notion of marriage. Playfully tousled curls, elegant updos, and fedora-covered ponytails danced across the screen in alluring succession, cementing Simpson's status as the coiffure guru of the early aughts. If Seventeen featured a burgeoning hair trend between 2000 and 2005, chances are Simpson flirted with the style for one of her many red carpet or television appearances.

Now a successful business owner and noted fitness guru, Simpson's style has mellowed over the years; however, there is something to be said for reminiscing about the moments when the chanteuse's agenda was simply aesthetic. After all, who could forget the braided half updo Simpson debuted for her "I Think I'm In Love" music video, or the backcombed, crimped coiffure Simpson rocked at 2001's Presidential Inaugural Opening Celebration? Take a stroll down memory lane and revisit 19 of Simpson's most covetable early aughts 'dos, but bear in mind that tiger stripe highlights and crimped locks are best left to hair history.

Simpson burst onto the music scene with hair teased into a perfectly coiled perm, immediately becoming the envy of tween girls everywhere.

There was a time when cap-covered locks were utterly de rigueur for music industry darlings, and Simpson rode the trend with aplomb.

Why anyone believed that shocking, tiger stripe highlights were flattering in the early aughts remained a mystery. However, when Simpson debuted hers in 2001, the dye job was at its zenith.

While running errands on an off day, Simpson swept her hair into the sort of jealousy-inducing high ponytail cheerleaders swooned for in 2002.

An uptick in the popularity of '60s-style coifs induced Simpson to experiment with a voluminous pageboy flip for a 2003 talk show appearance.

Simpson cut fringe into her eternally side-swept layers, prompting a micro-trend amongst tween girls hoping for a similarly alluring look.

9. The Wavy Half Updo

Lightly waved layers gathered into a half updo gave Simpson a romantic air in the early aughts.

Simpson chopped her locks into an edgy, chiseled bob, lending her look a modernized mien.

Simpson's flaxen locks received a VIP treatment when the chanteuse tossed them into a high topknot.

15. The Waved Side Ponytail

Volume at the crown and loose waves gave Simpson a goddess-esque aesthetic.

Every pre-pubescent millennial girl lusted after the perfect french twist, which Simpson executed beautifully with the help of a headscarf in 2004.