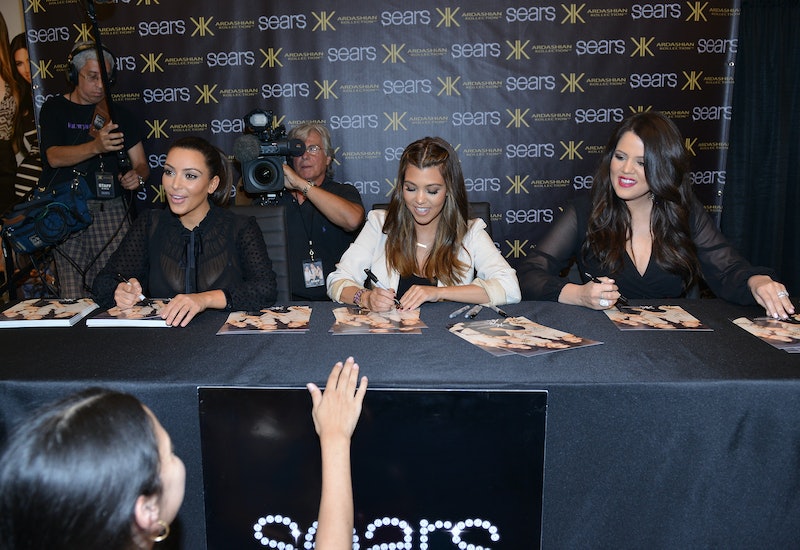 Through the new E! series DASH Dolls, the people who work at DASH are becoming as well known as the Kardashian sisters themselves. But, now that the employees are becoming famous, what about who owns the DASH stores? Well, while they obviously don't work there every single day, the only credited owners of the DASH boutiques — at least as far as this amateur detective can tell — are Kim, Kourtney, and Khloe Kardashian. While the Kardashian sisters often are criticized for being famous for "doing nothing," it's undeniable that they're actually pretty hard workers. Between Khloe's book deal, Kourtney's children's clothing store, and Kim's... everything, they continue to make millions each year.

In 2006, the three Kardashian sisters founded the boutique in their native Calabasas. As shown in the successive Keeping Up With the Kardashians spinoffs Kourtney and Khloe Take Miami, Kim and Kourtney Take Miami, and Kourtney and Khloe Take the Hamptons, in addition to their LA-based store, which eventually moved from Calabasas to the current West Hollywood location, the Kardashian sisters opened two additional stores in Miami and New York, and briefly had a pop-up shop in the Hamptons. Of course, they needed help from some dedicated DASH Dolls at all of those locations, but the sisters were the driving force behind their business.

In 2013, Wetpaint asked the question of whether the DASH stores were actually profitable — and they couldn't find any exactly figures. TMZ reported when the New York store opened back in 2013 that "the store has been moving $50,000 in merchandise a day since it opened on November 3. On Black Friday ... receipts swelled to more than $100,000." The report goes on to explain that their source claimed DASH Manhattan could have made significantly more if they were able to replenish their inventory faster.

But, whether or not the same is true for the rest of the Dash stores, this much is clear: If the Kardashians continue to make in excess of a hundred million dollars years combined per year, that means there's no room for a business that's actively losing money. And since the only exact figure floating around out there is for their New York store's incredible success, it stands to reason that the other DASH boutiques are doing just as well. And, while the rest of the Kardashian-Jenner siblings (and parents) have joined in on the moneymaking ventures, the DASH stores will always belong to the three sisters: It's all on the shoulders of Kim, Kourtney, and Khloe, and they're laughing all the way to the bank.