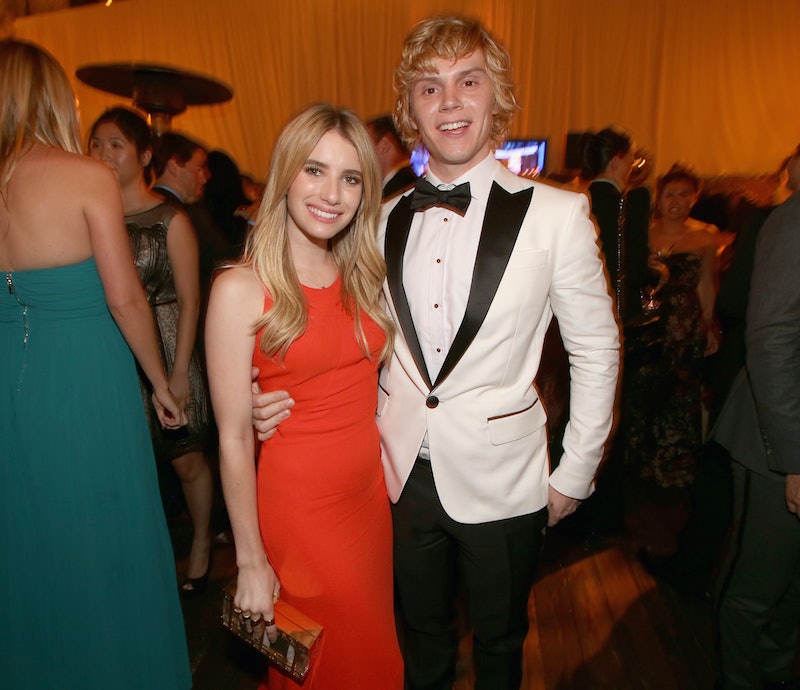 Here's something we didn't see coming. Emma Roberts is engaged to Evan Peters, reportedly. While the couple are likely engaged because of love, it has not yet been confirmed or denied whether or not it's simply because it's what everyone else is doing these days. It was probably because of the love thing though. Yeah, we'll give them the benefit of the doubt.

Extra has exclusively learned of Roberts' and Peters' engagement through sources who say that Peters proposed to Roberts in New York City over the holidays with a pink and gold diamond ring. Following their engagement, the two spent New Year's in London.

Neither Roberts nor Peters have released official statements or official tweets, the official statements of the 21st century, about the engagement. Roberts did tweet quite a few pictures of her Christmas presents over the holidays, but no engagement ring was seen so either it's not true, or the couple wants to keep it quiet. If it's the latter, good job ruining that one, "sources."

If Roberts and Peters are engaged, they'll be just one more addition to the never-ending list of upcoming celebrity weddings because everyone is getting engaged these days. Some of the couples will actually get married, some of them will fall through, and some of them might not actually be engaged in the first place.

For now, we'll just have to wait and see what happens.