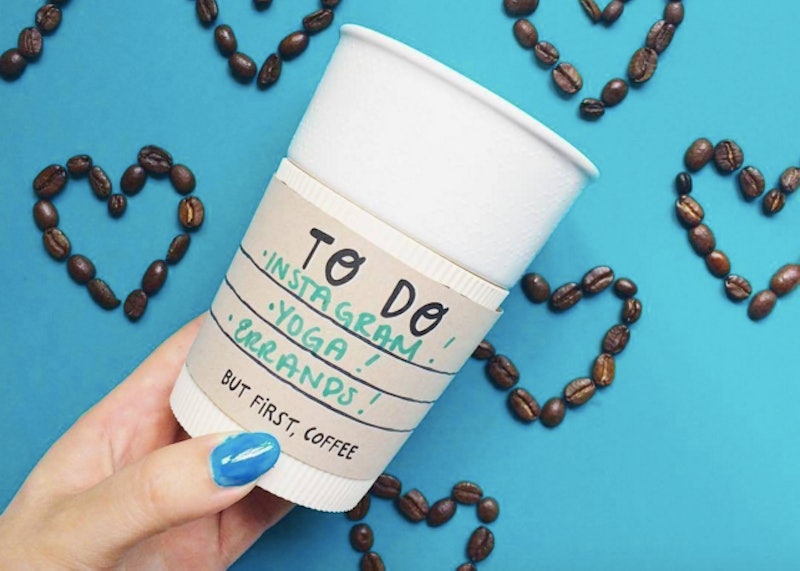 Even though your schedule is bursting and tasks are starting to stack on top of tasks, you still might be missing the mark and need to find ways on how to be productive, not busy. You might not always notice it, but just because you have a to-do list that could span a hallway doesn’t mean you’re using your time wisely. There’s a difference between crossing off fluff-tasks off your list and actually rolling up your sleeves and getting stuff done. Just think about the last harried day did you have: How much of it was running errands, doing menial chores, checking off routine tasks, and ticking your way down a reoccurring agenda? How much of those actually helped you get a little closer to your goal or further you in your business/career/school life, and how much of it was just house keeping?

That’s the difference between being productive and being busy: The former advances you forward towards the ultimate goal, and the other just makes you want to open a bottle of wine and groan at the end of the day. And the thing is, if you keep up being stressed and overworked, you’ll be spread too thin and won’t be able to focus on the things that matter, like the big projects on the chief game-changing tasks. To remedy that situation, below are seven tips on how to be productive, and not busy.

1. Get Real With How Much Your Schedule Can Actually Handle

It can be tempting to say "yes" to everything and just figure out a way to Tetris it all into your calendar. But when you have 20 different things to cross off on your to-do list, there's no way you can take the proper time to complete it all, and complete it well. If you keep your schedule realistic, you'll be able to have enough time to finish your projects, and give them all your 100 percent.

According to Christine Williams at self-development blog Nectar Collective, "It may feel empowering to say 'yes' to a bunch of projects and activities, but the stress of overcommitting will eventually catch up with you. Those who you’ve committed to will notice your work suffering. Spreading yourself too thin results in performing poorly in other aspects of your life...Be honest with those you’ve committed to and see where you may have some extra time." The lesson here? Being crazy busy is not being crazy productive — fill your nine to five realistically, and you'll be able to finish off the day killing your list, rather than just killing off tasks.

It's usually a point of pride that you can multitask — it comes with a slightly smug look when you say you just paid the phone bill while finishing up a work email while making a sandwich while simultaneously booking an Airbnb for next month's little getaway. It shows that you're so busy, but you can handle it because you have five different arms. But just because you can juggle a ton of different things at once, it doesn't mean you should.

Life coach and writer Dolly Garland from Lifehack points out, "When you really think about it, and analyse your results, multi-tasking does not achieve the same amount and same quality of result that you can get by focusing on a single task." That doesn't mean you have to put on the blinders and take the variety out of your schedule. It just means that while you're doing one task or one project, you focus on that and that alone. That way you know you're giving it all the attention it deserves and are finishing it off with the best of your abilities. That's being productive.

3. Zero In On Your Biggest Priorities

Sometimes the rush of a to-do list sweeps us away and we forget the fact that some tasks take priority over others. Instead, we just want the satisfaction of crossing off items and treat all of them equally, but then end up burnt out at the end of the day. Imagine juggling 10 different things, and then imagine sitting down and giving only three tasks your full attention. You might not end the day with the knowledge you got a ton finished, but you will end it knowing you got your biggest projects done, and done well. That's the difference between being productive and just plain busy.

Williams shares, "Shortening your to-do list may feel like automatically giving up on being productive, but it actually helps you get more done...When you narrow your focus you keep yourself from getting sidetracked by trivial tasks. Even if that means you only get those three things done, you’ll feel more productive than getting 10 things halfway done." You might not be able to go crazy with the cross-outs in your planner that day, but you will be able to tick a few of them off permanently, which feels just as good.

4. Plan Out Your Strategy

Say you've decided what your priorities for the day are — do you jump in and do them, or do you take a moment to create a game plan on how to complete them, and complete them well? If you want to be productive, it's better to think of a strategy first rather than blindly muddle through it.

According to award-winning journalist Bill Yakowicz at Inc , "In one study, the authors found that people feel more productive when they are completing tasks rather than planning them. When under a deadline, subjects 'perceived planning as a waste of time — even if it actually leads to better performance than jumping into the task head-first,' the duo writes." It might feel like creating a game plan takes away time from your busy schedule, but that's the difference between being busy and productive: If you want to reflect where you are in terms of progress, where you can improve while working on the task, and take stock if you should change anything to finish it off on a successful note, you need to take a moment to take stock and plan out your strategy.

5. Realize It's OK To Let Go Of Some Opportunities

I'm the type of person that thinks she could somehow stretch her 24 hour day into a cool 27 — even though I know there's only so much I can do with my schedule, I have a really hard time letting go of opportunities. This is why I learned the hard way that not all possibilities are created equally; there's something to be said about letting some projects and chances go to make room for ones that could actually better your career/skills/life.

Self-development blogger Donald Latumahina of Life Optimizer wrote, "One reason why many people become busy is that they aren’t willing to let go of opportunities. They say 'yes' to everything that looks good. As a result, they fill their lives with too many things.'' If you accept every job or task out there, you won't have enough room in your schedule to fit in those real game changer opportunities.

6. Set Limits On Your Schedule

This goes back to me believing there's 27 hours in a day if I wish hard enough; it's always been easy for me to put in a 14 hour work day if it meant getting on top of my projects. But in reality, was I actually furthering my career or my goals by working so hard and long, or was I just finishing off tasks because they were on my to-do list. If I was being honest with myself, some of those tasks didn't really need to be ever finished — they were just something that made their way onto my list and I then felt hell-bent to finish. That was me being super busy, not super productive

This might seem counterintuitive — how could pausing be productive? But no matter how close to super woman you actually are, everyone needs a breather once in a while to recharge. Without it, you'll just be plain burnt out and unable to give your projects your full attention. There will be a certain point where you'll just go "screw it" and finish everything off half-baked because you just want to be done with it. Give yourself that break and you'll dive back in with new energy and determination.

Williams points out, "Even if you don’t feel stressed, staying busy round the clock forces you to neglect taking time for yourself. Think about the last time you pulled an all-nighter. How how much did you get done the next day?" Not a whole lot. So take that breather — push away from your computer and go watch some TV on the couch, take a nap, or spend a full day during the weekend doing nothing but being lazy. You'll come back to your schedule feeling ready to take on the world again.

So, yes, cutting back on some of the things that make you feel productive may actually make you more productive. Seems crazy, right? Maybe. But in the end, it helps you get more done and have more time for the important stuff, like sleep. So try it out and see what happens.