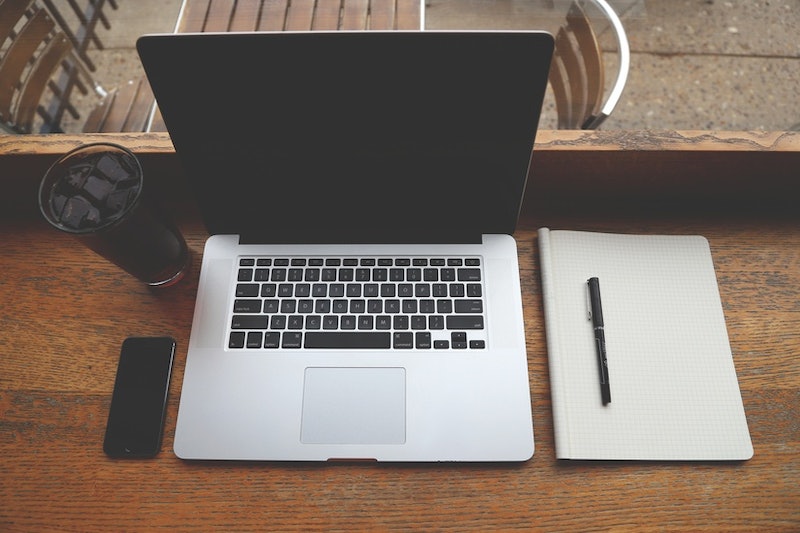 You know the story: life is hard and work is tiring and there are a million things you have to do, so you might as well not do any of them and call it a day. I get it — I'm there often. But there are bills to pay, and long-term goals we're chasing that require rising above our temporary discomfort. Simply, we have to keep living, even when it's tiring and we don't feel like it. Imagine if everybody in the world gave into their desired laziness — we'd stop functioning entirely.

The reality is that we're overstimulated right now, and certainly overworked. (We meaning Westerners, or anybody in any way living in a culture influenced by Western ideas.) We're exhausted because we're expending our very last iotas of energy, usually to create something largely for someone else's benefit. It can be really hard to motivate yourself when it seems easier to give up, or if you're not completely inspired by why you have to do what you're doing.

So what many people do is wait. They wait, and avoid, and deflect and then become so stressed that they have to force themselves to work, induce their motivation via panic, and it's a recipe for complete emotional disaster. There's a better way. Or really, there are at least seven. Here, all the things you need to know to trick your lazy little ass into being productive today:

You're going to procrastinate. I'm going to procrastinate. Today, tomorrow, probably forever. It's not human nature to be uninterruptedly focused and creative on one particular thing or another. But that's how we schedule and structure our goals: as though we're robots that don't need breaks. But it's not just quick breaks we need — it's often time to do nothing at all. So allow yourself that. Schedule that for two hours when you get home not to do anything at all. This won't translate into accepting your perpetual laziness, giving yourself the breaks you need will actually recharge you in the way you need to be to want to get sh*t done.

Be More Honest About What You Can Do In A Day

Stop making aggrandized goals and "to do" lists that you never actually accomplish. Be realistic, even if it feels a little like failure at first. You're actually doing yourself a favor, in the end. You're prioritizing quality over quantity, and ensuring that you're not writing your way to unconditional failure.

Check Menial Tasks Off Your "To Do" List, And Let The Momentum Build From There

This is the most important one: start with reading a little, then sending a few emails then working a little on a project, getting an hour in here and there. Mail a bill, post a tweet, and see how quickly the snowball effect takes over.

Remind yourself of everything you accomplished this past day, week, month. Often, we function only on the "what's left to do" mindset, and we lose perspective. Don't let your accomplishments be a further reason to procrastinate, though. Let it just empower you to plow on.

Start With The Things That Are Easiest, Not The Other Way Around

Do what's most effortless. It will give you the confidence, and the energy, to do what's less fun.

Tell your significant other or BFF that after you get a certain amount of work done, you'd like to go out to get dinner, or go out somewhere with them, but that you can't go if your work isn't done. Have them hold you to it. There's nothing that will motivate you more.

Even if your "why" isn't bold or existentially fulfilling. Even if it's just that you need to get the bills paid this month, so you have to keep working ... that's enough of a "why" to motivate you. Imagine your life if you didn't have your job or your money or what not — I guarantee, you'll find the drive to get your sh*t done today.