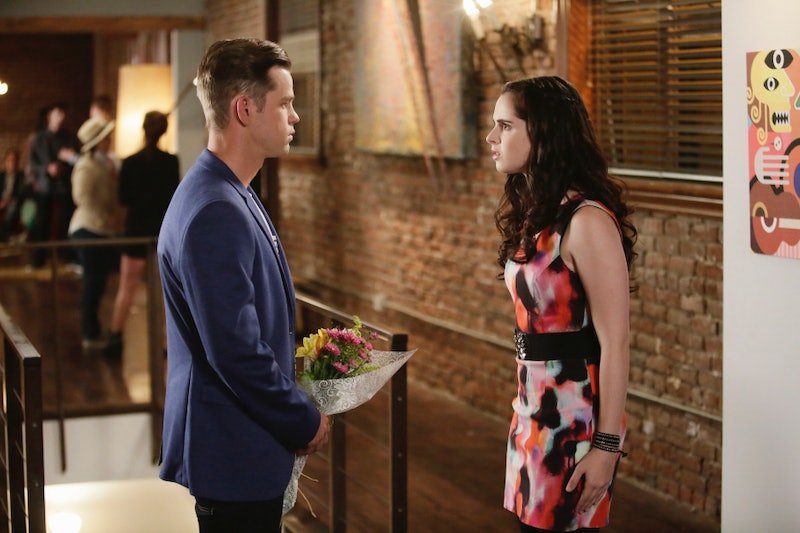 I've loved Switched at Birth since the beginning, but something about Season 4 makes me think the show is really hitting its stride. OK, so a few of the storylines are a little more out there than others — like this whole kidnapper thing that's happening — but overall, the drama just keeps drawing me back in every week. And if you're like me, you're probably pretty bummed that Monday marks the season finale, when things are just getting good. What's going to happen to Regina now that the entire family knows that Eric essentially kidnapped his son? What about this whole Bay and Travis potential relationship thing? Are Lily and Toby actually going to move to England? Don't worry, guys — the Switched at Birth Season 5 premiere is coming, we just don't know when.

In fact, all that we actually know about it so far is that it's actually happening. Last week, ABC Family announced that Switched at Birth has been renewed for another season, which is definitely good news, since Vanessa Marano recently told TVLine that there's going to be a major WTF moment at the end of the finale. So, when you sit down to watch and finally find out what that cliffhanger is, have your freak out, but then relax knowing that answers are coming.

True, hiatuses suck and have me feeling all broody like Emmett, but what can you do?

And, although a premiere date for Season 5 has yet to be announced, it's pretty easy to figure out when the show will be back based on the way the schedule has worked in the past. With the exception of Season 1, every season of Switched at Birth has wrapped up in the fall and premiered again in January, with a hiatus lasting a few months or so somewhere in the middle. So yeah, three months is awhile to go without new episodes, but it's definitely not as long a hiatus as it could be. And, when the show comes back in 2016, ABC Family will officially have made the transition to its new network brand, Freeform, so it'll be interesting to see if that affects the show at all.

Hopefully, an actual premiere date will be announced soon so the countdown can begin. I don't know how long I can go without new episodes — especially if those final few moments of Monday's finale are as epic as Marano says they're going to be!