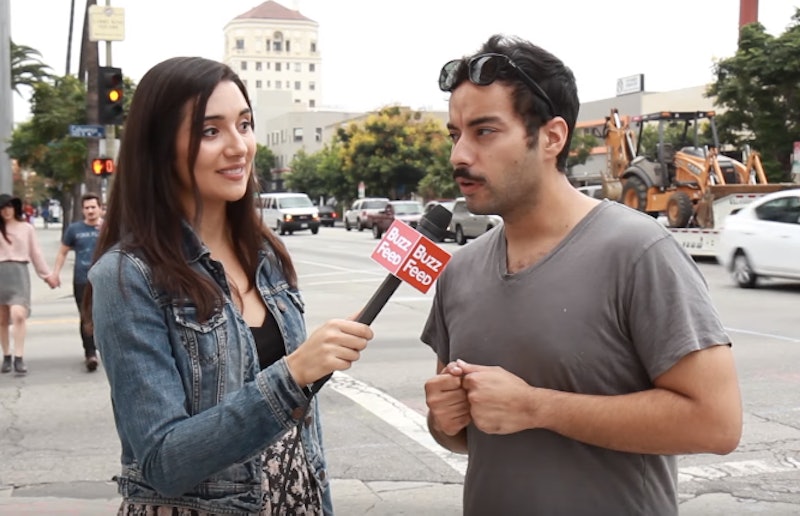 BuzzFeed is asking the eternal question, "How much do guys know about birth control?" in this eye-opening video. When the host introduces the video, which is a man-on-the-street type interview situation, she says, "I'm going to guess that not that many guys know that much about birth control — at least hormonal birth control — just because it's usually women that have to deal with it." True. But guys also know a lot about things they "usually don't have to deal with". If a guy can give you an opinion on Israel and Palestine having never been, or knows exactly what's going on with some NFL sports team he'll never play on, then how hard can it be for him to know a few simple facts about the birth control the women in his life take on a daily basis?

Female birth control affects men (men who have sex with women, mostly), and yet there's a huge blank space where the knowledge about it should be. For instance, only one guy interviewed knew that a woman needed a prescription to get her birth control pill. While some of the guys sometimes got an answer right, most of them had very little idea about anything to do with women's birth control. The host admitted equal parts of shock to the guys who knew a lot, and the guys who knew nothing. Meanwhile, women are expected to know about condoms, and are indeed taught about them as early as high school. Come on, guys! Hit those books!

Meanwhile, very chivalrously, all the guys interviewed said that if male hormonal birth control was available, they would take it. And who said feminism wasn't changing attitudes of young people? Here are some of the silliest answers given by the clueless guys:

1. "If You Are Looking To Buy A Daily Hormonal Birth Control Pill, What Do You Need?"

2. "If You Are Employing The "Rhythm Method" Of Birth Control, What Does That Mean?"

5. "'The Implant' Is Inserted Into Which Body Part To Prevent Pregnancy?"

Watch the whole thing below: