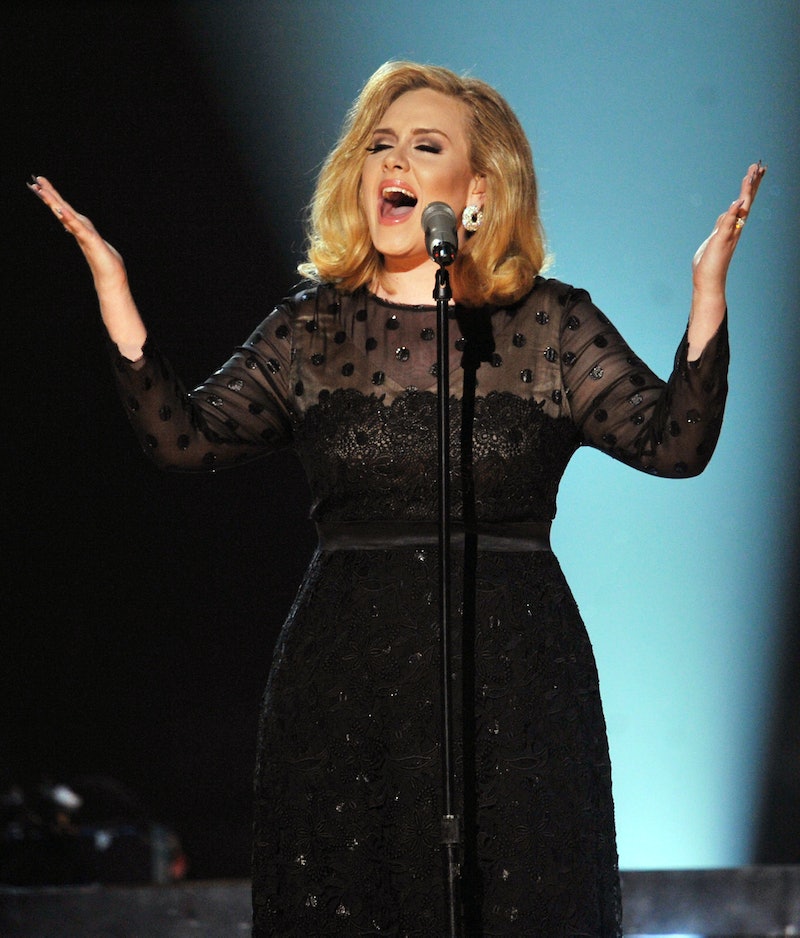 If you're anything like me, you've depleted your body's water supply via the waterfalls of tears you shed since Adele released her new song, "Hello." As expected, "Hello" is a heartbreaking ballad that pretty much guarantees you won't stop sobbing for years to come. However, the power of Adele's songwriting is that the song is applicable in so many different situations — including those struggling to come to terms with adulthood.

Becoming a "grown up" is a strange and flawed process. It's the point in time in which we transition from being young dreamers with a vision for how we expect our future to be into the adults who are living a future that sometimes didn't go as planned. With this change comes a harsh reality that things aren't always how we want them to be and we don't have the power to go back in time to try again.

Adele hits this concept on the head when she softly sings, "I'm in California dreaming about who we used to be / When we were younger and free / I've forgotten how it felt before the world fell at our feet." The nostalgia is strong as she elaborates on the freedom that one has in youth but often doesn't realize until a later age.

Emphasizing this point, she belts, "Hello from the other side." Adulthood definitely feels like a looming "other" side that you can never be quite sure you've reached. If that's not painful enough, Adele looks back on the wishful thinking of adolescents, asking, "Did you ever make it out of that town where nothing ever happened?"

But perhaps the toughest part of the song to hear is when Adele admits, "It's no secret that the both of us are running out of time." The scariest aspect of looking at the past is feeling like there's time that can never be reclaimed. Adele contending with her own mortality is a terrifyingly relatable subject for anyone, especially someone coming to terms with leaving childhood behind.

Once again, Adele has found a way to eloquently pinpoint some of our greatest struggles.