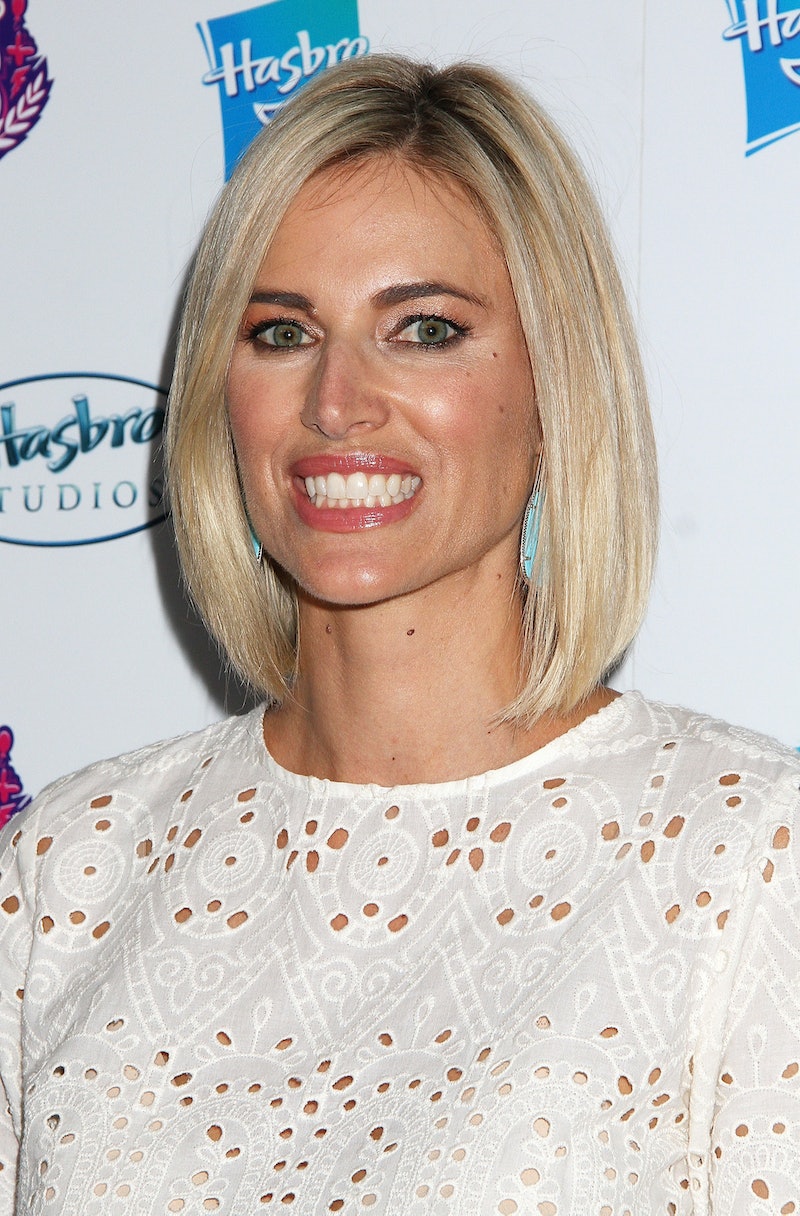 I mean this with the least amount of shade possible, but in all honesty I am not at all surprised that Kristen Taekman is leaving Real Housewives of New York City. If anything, I am just shocked that this did not happen sooner. Kristen was simply just not made for the Real Housewives lifestyle. It takes a lot of unique qualities to survive in this franchise, and it was just not meant to be for the 38-year-old mother of two.

As she explained in a statement to E! News,

My experience during my time on RHONY was fantastic and I made some great new friends. At this time in my life, I have decided to concentrate on my family and my new business ventures Pop Of Color nail polish and Last Night's Look, my fashion blog. I will remain a Housewife and part of an amazing franchise forever and that is what is important.

Well, it sounds like she's leaving on her own terms and that's a good thing. Don't get me wrong, Kristen seems like a nice person and had a few great lines here and there, but there is just nothing classic or memorable about her scenes. She is not outrageous. She is not outgoing. And now she is out of the franchise, and I think it's for the best. There are plenty of reasons I'm not surprised that Kristen is leaving RHONY behind.

She Had No Significant Story Lines

If you think about it, Kristen never had a story line that was "hers." Sure, Ramona threw a wine glass at her, but instead of that brining more focus to Kristen and her bleeding lip, the attention was given to Ramona's freak out. Yes, Bethenny wasn't a fan of Kristen's, but did that make any of us join her team? No, it just became a part of Bethenny navigating her comeback.

She Did Not Open Up A Lot

Does anyone really know anything about Kristen? She's model, mother, and wife, but that's pretty much all we know. She has been there for lunch dates with the other Housewives, but it was always to talk about their drama, not hers. We really did not get to see much of her personal life other than some small bickering with her husband here and there, but nothing significant enough for us fans to learn more about her or their relationship.

She Had No Quotable Lines

Part of being a Real Housewives fan is living for the memes to hit the Internet. All of the other ladies have quotes that will live on forever, but I can't recall any time Kristen made me laugh or want to caption a photo with her words. The best Housewives are extremely quotable and Kristen is just too nice and normal to fit the bill.

Am I sad to Kristen go? I honestly don't even think I'll notice her absence by the time the next season airs. Kristen seems like a kind person, but she just wasn't open enough to be a part of such an outrageous reality television franchise.