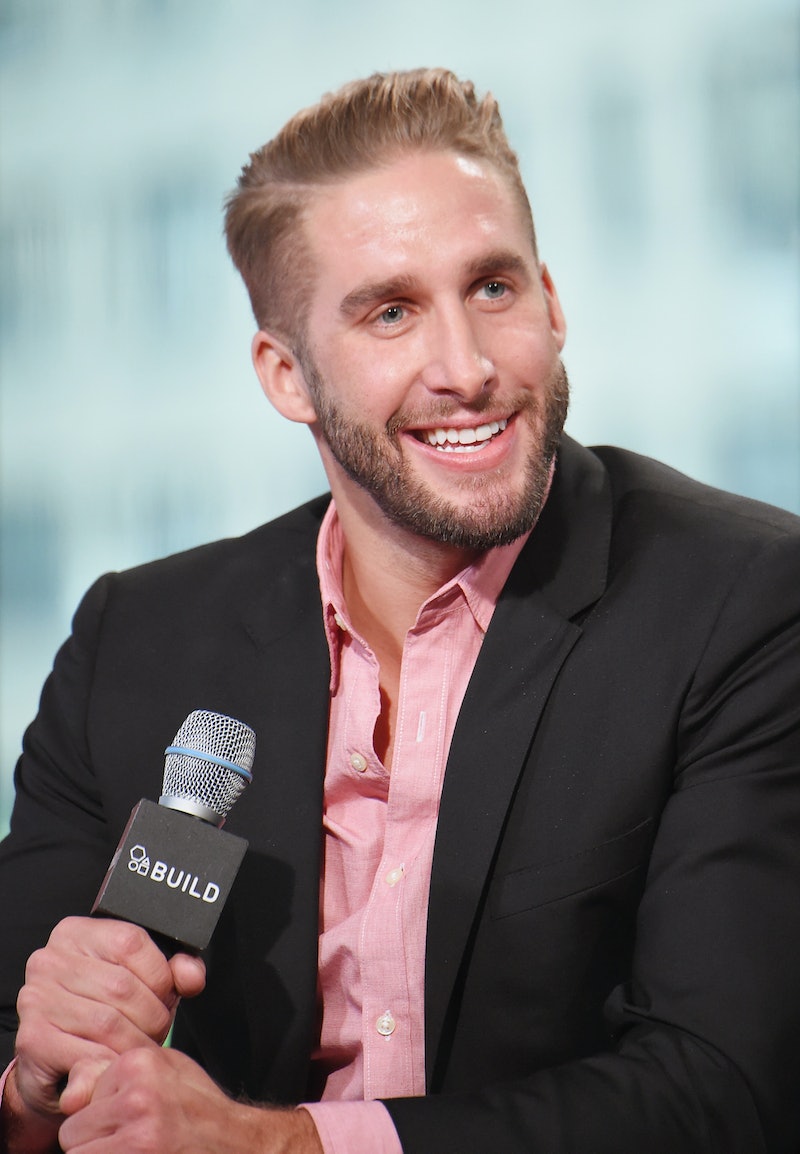 Anyone who watched The Bachelorette last season already knows all about the legendary feud between Shawn Booth and Nick Viall that spanned nearly the entire season. Obviously, as Kaitlyn Bristowe's final two, there was going to be some weirdness there, but for these guys, it wasn't even just about Bristowe; they genuinely seemed to dislike each other. How else would you explain Booth refusing to call Viall anything but "the other guy?" But now, it seems like all of that may have actually come to pass. Booth is putting his feelings about Viall aside for a good cause: Calling awareness to prostate cancer. On Sunday, Booth asked Viall to join his Movember team, and it looks like Viall might actually take him up on his offer.

It all started when Booth uploaded a video to his YouTube page, explaining the cause and asking Viall to be a part of the effort. In case you don't know what Movember is, it's when guys spend the month of November growing out a mustache to raise awareness for prostate cancer. And, like Booth explains, the idea is that every time someone asks about their new mustache, it's an opportunity to explain the reason behind it. Each team also raises money for cancer research along the way through donations, too.

And if Booth wanted to draw even more attention to the cause by asking Viall to join in, he's succeeded. I would pay big money to see Booth and Viall team up on anything. And it sounds like Bristowe is behind it, too, because she's already donated $500 to their team. Not too shabby! According to Booth's Movember page, another familiar face has joined the team, too: Chris Strandburg, aka Chris Cupcake. It's like a Bachelorette reunion!

So what does Viall think about all of this? He has yet to officially respond, but he did tweet about the video, and it sounds pretty promising:

This tweet confirms what I've known about Viall all along: He might have been framed as a villain on The Bachelorette, but he's a pretty decent guy. I can't wait to see his video in response to Booth, and eventually both of their mustaches by the time December comes along. And who knows? Maybe they'll actually be friends at the end of all of this. That wouldn't be weird for Bristowe or anything, right?