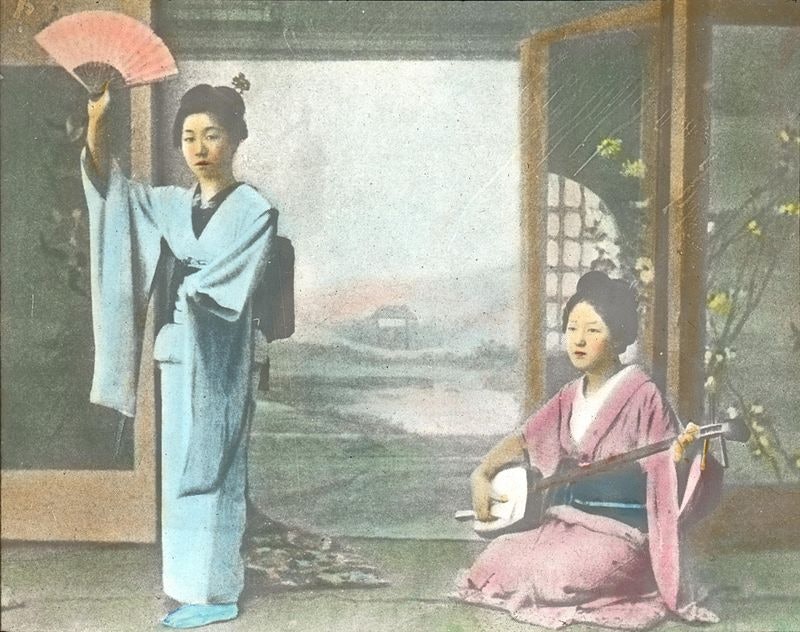 IMO, the world of beauty is inherently bizarre and has never shown any signs of becoming less strange (have you seen Kim K's vampire facial?). With strange practices involving the use of animal urine and feces as well as clearly dangerous cosmetic methods, weird beauty routines have been around for as long as we humans have desired better complexions and more lustrous hair (so, since the dawn of time basically). Vanity, insecurities, and the desire to pamper ourselves seem like age-old impulses, arguably debunking anyone's theory that beauty isn't important (you know, since we seem so intrinsically drawn to it).

Of course, common sense isn't always first priority when it comes to these treatments, but thankfully many sketchy-at-best practices (like using X-rays to eliminate excess hair or beef lard to keep your wig together) have been long forgotten and abandoned. However, some weird beauty routines are still around, whether it's because they are truly effective (like the bird poop facial courtesy of Japanese geishas) or because old habits die hard (like chewing carcinogenic betel leaves in Asia).

Regardless, the world's obsession with beauty and the constant and global search for new ways of performing beauty routines say a lot about changing cultural norms and beauty standards through time. Here are some of the weirdest beauty routines and treatments from history.

The people of Ancient Greece and Rome believed that crocodile dung had anti-aging properties to it, according to Total Beauty. They would often soak in crocodile dung in baths or use it in the form of face masks to get that youthful glow.

As it turns out, these cute hump-backed animals are good for more than riding through the desert. According to BuzzFeed, women in ancient Arabia dipped their hair in camel's urine to increase its shine. Move over, Argan oil.

Swallowing tapeworms in the form of a pill (usually via beef tapeworm cysts) was the method of choice for weight loss in the early 1900s. According to BBC News, the thinking here was that the tapeworm would grow and absorb food. Once the host reached their goal weight, they could simply take a pill to get the parasite out.

However, it wasn't that simple — considering tapeworms can grow to be about 30 feet long, can cause many mental health issues like dementia and epilepsy, and are very painful to extract. Unfortunately, some people still take part in this incredibly dangerous form of dieting today.

4. X-Ray Away Your Unwanted Hairs

X-rays are a wonderful medical imaging tool that allows us to see exactly what is going on in these bodies of ours (at least pertaining to our bones). However, women used to use X-ray technology to get rid of excess hair in the early 20th century, according to New York Magazine. In addition to causing their hair to fall out after long exposures to these harmful rays, they also caused ulcerations of the skin and even cancer.

According to The Daily Mail, Ancient Egyptian queen Nefertiti made her own blush using clay and crushed beetles. It sounds pretty gross, but many women of the time followed suit.

According to South Asian Studies, a research journal of South Asian studies by the University of the Punjab, Indian women during the Mughal period constantly chewed betel leaves to achieve a red stain on their lips. However, this led to lots of tooth decay and remains an issue today in many parts of Asia, as people enjoy chewing a mixture of betel seeds, lime, and tobacco (often causing oral cancer, according to CNN).

Thanks to the guanine — a natural cleanser for the skin — it contains, bird poop actually makes a great makeup remover, as well as a purifying facial mask. According to About.com, geishas would use the dung of nightingales to remove their very thickly applied makeup at the end of the day.

If you were a woman living in the early 20th century and were completely distressed over your lack of dimples, then rest assured because Isabella Gilbert would have come to your rescue. According to The Atlantic, she invented the Dimple Stamper in 1936, a "spring-loaded contraption that promised to 'make a fine set' by pressing a pair of knobs into the cheeks." I'd assume you'd have had to be quite patient and committed to undergo this routine since, from the looks of it, it wasn't very comfortable at all.

Women of the Middle Ages often couldn't grow their hair to the lengths perceived as most beautiful during the time (aka endlessly long). According to pregnancy, parenting, and lifestyle site Mom.Me, they instead wore wigs and hairpieces, which were made of wooden frames and artificial hair secured in place using beef lard as glue. The smell would often attract rats, and led to the creation of "wig cages" to protect their precious hair pieces. That's just not very sanitary.

The things we do for beauty, y'all.