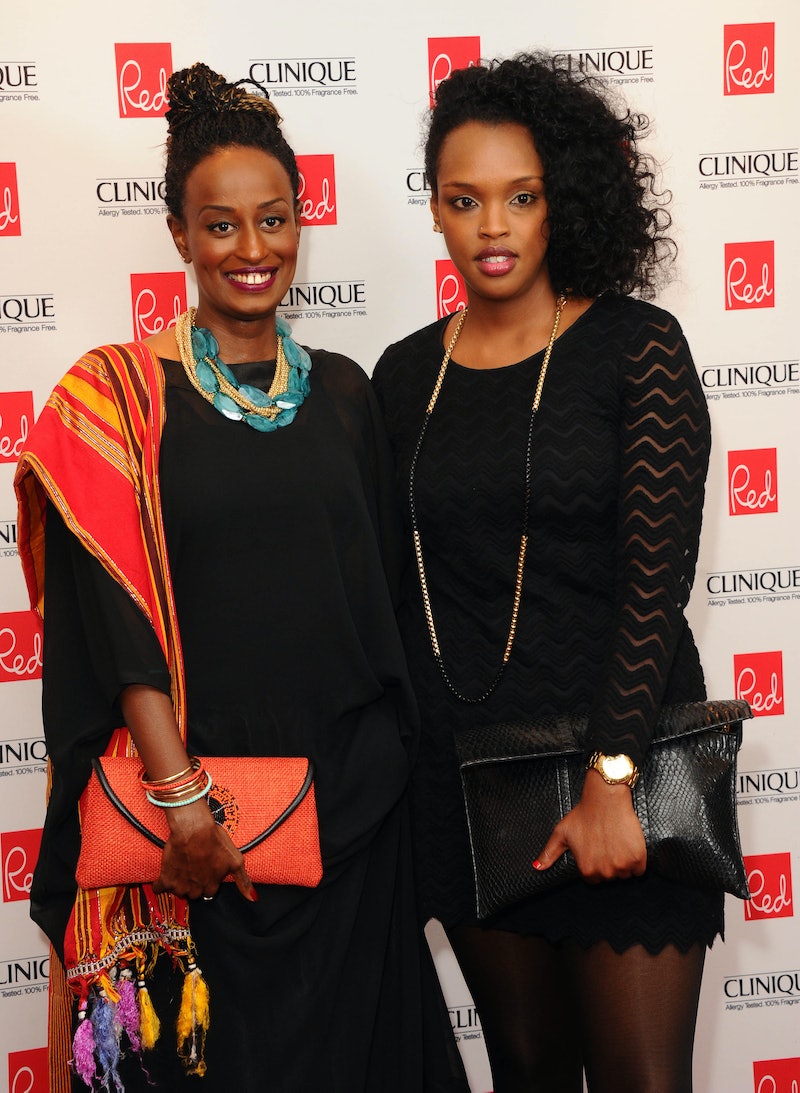 It can be easy, when the situation for women’s rights in the U.S. is at a seriously critical stage, to forget that other countries around the world are fighting the same (and sometimes more difficult) battles —and that some of the most amazing women's rights activists alive are working hard to make sure women get what they deserve. But there’s an entire panoply of talented, amazingly courageous women fighting the good fight for the women of their own countries, and their names definitely deserve to be on the tip of your tongue.

Some of the women on this list are at the peak of their careers, others are barely in their teens, but they’re all focused on one thing: the fight for women’s equality, whether it’s access to education, freedom from domestic violence, escaping sexual slavery, or avoiding persecution. Many have seen jail time or been exiled from their countries of birth for their activism; some have undergone both. Being an activist for women’s rights is not seen as a benign thing in many places; it’s a threat that deserves severe punishment. But these ladies soldier on regardless.

If you’re feeling a lack of inspiration about your own feminist fight, give these biographies a read. They’ll put a fire under you when nothing else will.

You may know Krishnan because of her TED talk in 2009, where she lays out her cause: fighting against sex trafficking and sexual slavery in India. She’s been called a “crusader,” and is the founder of Prajwala, which means Eternal Flame and is an organization devoted to fixing the problem. Based in Hypderabad, Prajwala liberates women from forced prostitution and puts their children in schools, and Krishnan herself has rescued some 2,500 women. This woman is a modern-day hero.

David is a Quebecois Canadian politician who’s allied with the far-left political party Quebec Solidaire, which includes feminism in its mandate. She’s its spokesperson, but before she went into politics she spent her time organizing feminist campaigns, from leading the Federation des femmes du Quebec to arranging World Marches against female poverty and domestic violence.

These five feminists have rapidly become some of the most famous activists in the world after their arrest over a planned International Women’s Day campaign in China. The five women, Wu Rongrong, Wei Tingting, Wang Man, Li Maizi, and Zheng Churan, were planning to distribute stickers about sexual harassment around Beijing. All five are activists for women’s rights in China, but according to the Guardian, their organizations have been raided by police, and the five may soon be given criminal charges.

Ardalan is one of the most vocal of Iran’s cohort of activists for women’s rights, founding a campaign of One Million Signatures to try and get attention for the plight of Iranian women. She’s been a general badass, editing and publishing an online magazine on women’s rights that discusses taboo topics about health and sex, and surviving a three-year prison sentence for “threatening national security”. She now lives in exile in Sweden.

Ali may be familiar to you: she’s one of the international faces of the fight against female genital mutilation, or FGM, which occurs regularly in several cultures across the African subcontinent. (If you don’t know what it is, look it up, and prepare to be disgusted and upset.) The Somali activist co-founded the organization Daughters Of Eve, which counsels young women and campaigns for the end of the FGM practice, including a big new campaign just launched in Britain.

Masih Alinejad is one of the women who’s taken full advantage of social media to help her activism. An Iranian by birth, Alinejad has had to flee to the United Kingdom due to her journalism and feminist work — the most famous example of which is the Facebook page My Stealthy Freedom, which allows women in Iran to post photographs without a hijab, an act that could get them publicly arrested.

It’s easy to label Rahimzada the “Afghan Malala” (which the media have) — she’s young, fighting for the rights of girls in her nation of birth, and risking her life by doing it. She’s in a refugee camp in Kabul, Afghanistan, after her family fled Taliban fighting in Peshawar, and she’s spent her time fighting for access to education and clean water for the 25,000 kids in camps around the nation — regardless of gender.

Ebadi is possibly the most illustrious name on this list, having won the Nobel Peace Prize for her efforts in furthering women’s rights in Iran. She was the first female judge in Iran — before she was forced to resign by conservative authorities. The cases she’s taken on since being reinstated have been mostly human rights-based, focusing on violence against women and children.

Mohamed has worked for Equality Now, a human rights organization focused on women’s equality in Somalia, for decades, and is one of its shining lights. If you’re thinking “Give this woman all the awards,” you’re a bit late: she’s been given plenty. She also produced a ferocious film, Africa Rising, that documented the devastation left by the practice of FGM across Africa, shot in Burkina Faso, Kenya, Mali, Tanzania and elsewhere, and what activists are trying to do to stop it.

Myanmar already has one iconic female human rights symbol, Aung Sun Suu Kyi, but there are others also worthy of our attention. One in particular, May Sabai Phyu, has been honored by the UN for her work trying to establish better conditions for women in her home country. She founded the Gender Equality Network and is working to produce Myanmar’s first law preventing violence against women — all the while fighting the threat of arrest (she’s already been detained). “Honesty is one kind of courage,” she told the UN when she received her award.

More like this
Beyoncé & Madonna’s “Break My Soul” Remix Honors A Group Of Black Icons
By Stephanie Topacio Long
25 Things I've Reduced My Life To, In Addition To WFH In My PJs
By Ginny Hogan
The Spiritual Meaning Of The August 2022 New Moon
By Nina Kahn
Your Daily Horoscope For August 12, 2022
By Mecca Woods
Get Even More From Bustle — Sign Up For The Newsletter