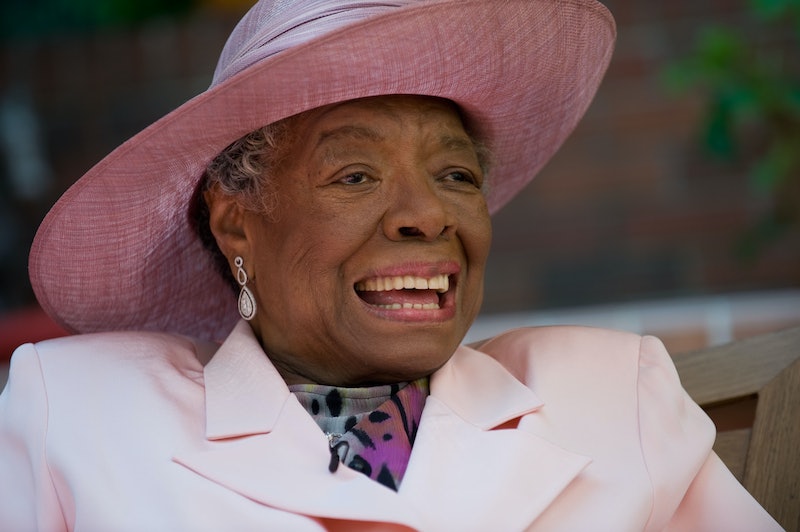 It's Women's Equality Day, and you know what that means: Hordes of Facebook posts and tweets pointedly wondering why we're still celebrating gender equality. It's enough to make any feminist want to roll the eyes right out of their head. But before you do any permanent damage, check out these 17 inspiring quotes about women's equality. It won't erase the knowledge that half of your high school acquaintances and distant relatives don't have a basic understanding of how sexism works, but I promise it will help.

Every Women's Equality Day is cause for celebration, but this year is especially important. August 18, 2015 — just eight days ago — marked the 95th anniversary of the ratification of the 19th Amendment, which gave women the right to vote. (Well, some women, anyway.) As difficult as it may be for women today, we owe the current progress in gender equality to our feminist sisters, who fought for more than 70 years to win the right to vote. Without women like Elizabeth Cady Stanton, Susan B. Anthony, and my personal favorite, Ida B. Wells, who knows where the fight for equality would be today?

We may have a long ways left to go, but we've certainly come pretty far from where we once were. With our feminist forebears in mind, let's celebrate women's equality with some badass feminist quotes both old and new.

2. "A gender-equal society would be one where the word 'gender' does not exist: where everyone can be themselves."

3. "When God created man and woman, he was thinking, 'Who shall I give the power to, to give birth to the next human being?' And God chose woman. And this is the big evidence that women are powerful."

4. "Gender equality is more than a goal in itself. It is a precondition for meeting the challenge of reducing poverty, promoting sustainable development and building good governance."

5. "We are struggling for a uniting word, but the good news is that we have a uniting movement."

6. "Achieving gender equality requires the engagement of women and men, girls and boys. It is everyone's responsibility."

9. "Excellence is the best deterrent to racism or sexism."

10. "I measure the progress of a community by the degree of progress which women have achieved."

11. "I write for those women who do not speak, for those who do not have a voice because they were so terrified, because we are taught to respect fear more than ourselves. We've been taught that silence would save us, but it won't."

12. "I do not wish women to have power over men; but over themselves."

13. "One child must never be set above another, even in casual conversation, not to mention in speeches that circle the globe."

14. "Whatever women do, they must do twice as well as men to be thought half as good. Luckily, this is not difficult."

15. "Women, like men, should try to do the impossible. And when they fail, their failure should be a challenge to others."

16. "I demanded more rights for women because I know what women had to put up with."

More like this
25 Inspiring Quotes From Black Women To Celebrate Black History Month
By Kyli Rodriguez-Cayro and JR Thorpe
24 History-Making Black Women You Probably Didn't Learn About In School
By Ayana Lage and JR Thorpe
These Artists Are Reimagining Black History Month To Create A Better Future
By Katie Mitchell
Twitter Is Identifying With Sally Field & Jane Fonda’s Friendship In New Viral Video
By Jake Viswanath
Get Even More From Bustle — Sign Up For The Newsletter
From hair trends to relationship advice, our daily newsletter has everything you need to sound like a person who’s on TikTok, even if you aren’t.