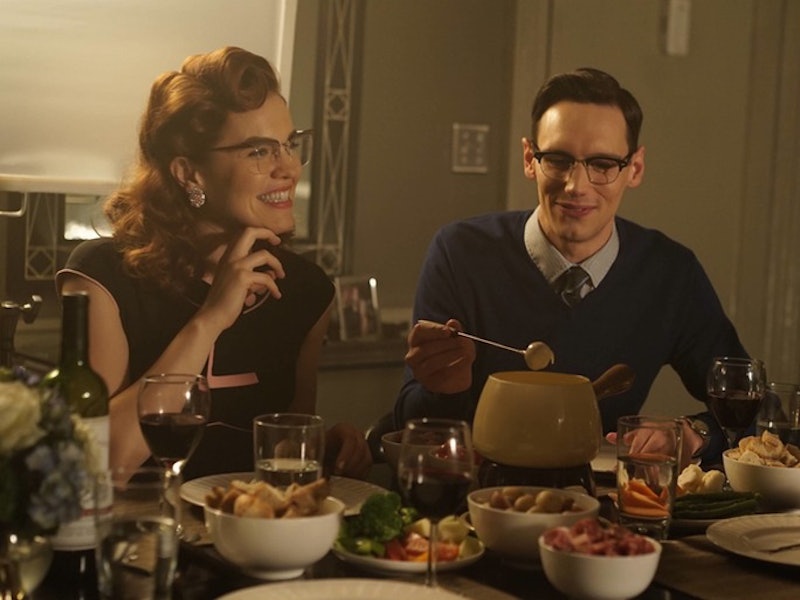 Monday night's episode of Gotham introduced a lot of shockers that continue the amazing, on-the-edge-of-our-seats plot arc that Season 2 kicked off with a bang, in stark contrast to the episodic nature of Season 1. However, Monday night's episode also featured a cliche superhero trope that I am quite frankly hoping to see less of on a show like Gotham that has finally found its voice. Although we all probably should have seen it coming, when Ed Nygma killed Kristen Kringle on Gotham, it was like a slap in the face. Ed and Kristen was one of those 'ships that you weren't quite sure if you wanted to 'ship or not. On the one hand, Ed was really into her. On the other hand, he was a total stalker. On the third hand, she was really into him. On the fourth hand, he'd killed her previous (though abusive) boyfriend. Clearly this relationship was not going anywhere good, but to result in her death? That's where I want to pump the breaks.

Kristen Kringle didn't need to die. What's more, Kristen Kringle didn't deserve to die. By ending with her death, her and Ed's relationship has played into an even more twisted version of that ongoing psychological, societal problem in which men feel entitled to women, and get violent or even murderous when their affections aren't returned. In Ed and Kristen's variation, he had feelings for her "from the moment he first saw her," while she found him obsessive, creepy, and more than a little awkward. To be fair to Ed, he didn't intend to kill Kristen's ex-boyfriend, and he also didn't intend to kill Kristen. He's clearly in the throes of a mental breakdown of which she just happens to be an unfortunate victim, and no one was more devastated by her death than him. (OK, and he's the only one who knows, but still.) However, that doesn't excuse the fact that the moment it appeared that Ed had lost Kristen's good favor, she ended up dead.

Worse still is the fact that her romantic relationship with Ed made up more or less the full breadth of Kristen's role on the show. She was the object of Ed's affection, someone for him to pine for and woo over the course of two seasons. The plots that she had independent of Ed were romantic plots, in which she dated guys who were such huge jerks that Ed looked good by comparison to the audience. When Kristen asked Leslie to go on a double date with herself and Ed, I was genuinely surprised to see that they were friends, though unsurprised that these two women — who are the only surviving women with names from the Season 1 GCPD, mind you — could find nothing better to be talking about all the time than the men in their lives. Because, at the end of the day, that was all that Kristen was used for: a romantic plot point who perished when the romance did, and will now be used to prop up Ed's character arc as he dissolves into madness and his future as the Riddler.

And I wanted more for her. Kristen Kringle was such an intriguing character all through Season 1. She wasn't from the comics, so she had such a wide future of potential ahead of her. She could have been a villain, like Barbara, and become Ed's partner in crime until she slowly gained her own subplot separate from his. (Like Harley Quinn, if you will.) She could have become a hero, the vigilante hero that Gotham needs while Bruce Wayne is still learning to be Batman and Jim Gordon is still learning to play Gotham's game. We could have met her family, seen her out with her other friends, and learned so much more about her than her taste in men. Kristen was utterly wasted on Ed Nygma's character arc, and the fact that she was stuffed in the fridge to drive Ed off the deep end was a disappointing turn for the show to take.