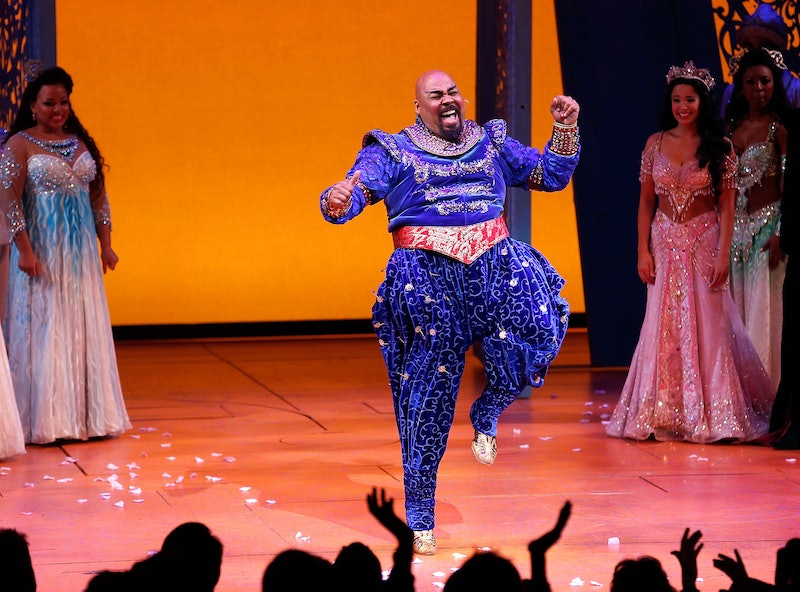 By the power of Aaron Tveit's wink and all else that is holy on this earth, I doubt if I will ever be psychologically prepared for BroadwayHD, a Broadway musical subscription service. The service aims to make Broadway and Broadway-caliber musicals readily available to watch in a person's home on their televisions, computers, or even their phones, making this pretty much the best thing to happen since Audra McDonald was first conceived. The tagline sums up their mission perfectly: "If you can't get to Broadway, get to BroadwayHD."

The service costs $169.99 per year, but when you consider that that is the equivalent of a partially obstructed viewing seat to see Hamilton and then spend the next six days recovering from the things you did to your back to see the stage (WORTH IT), that's actually an incredibly reasonable price to get access to about 120 shows. Founded by Broadway producers Stewart F. Lane and Bonnie Comley, the site features shows like Memphis, Romeo and Juliet, and Jekyll and Hyde. Movie night just got a whole lot more MUSICAL, everyone.

The only real issue at stake here is whether or not the readily available subscriptions will deter audience members from buying tickets to see the show in person, but the founders are hoping that, if anything, it will inspire people to do just that. And in the meantime, everyone living outside of the great city of New York won't have to feel a FOMO unlike any they have ever known — or wait for shows to come on tour, only to get bought out by ticket scalpers in the first eight seconds.

In conclusion, everything is great, and don't expect to see me for the next however many hours it takes to get through their entire log.