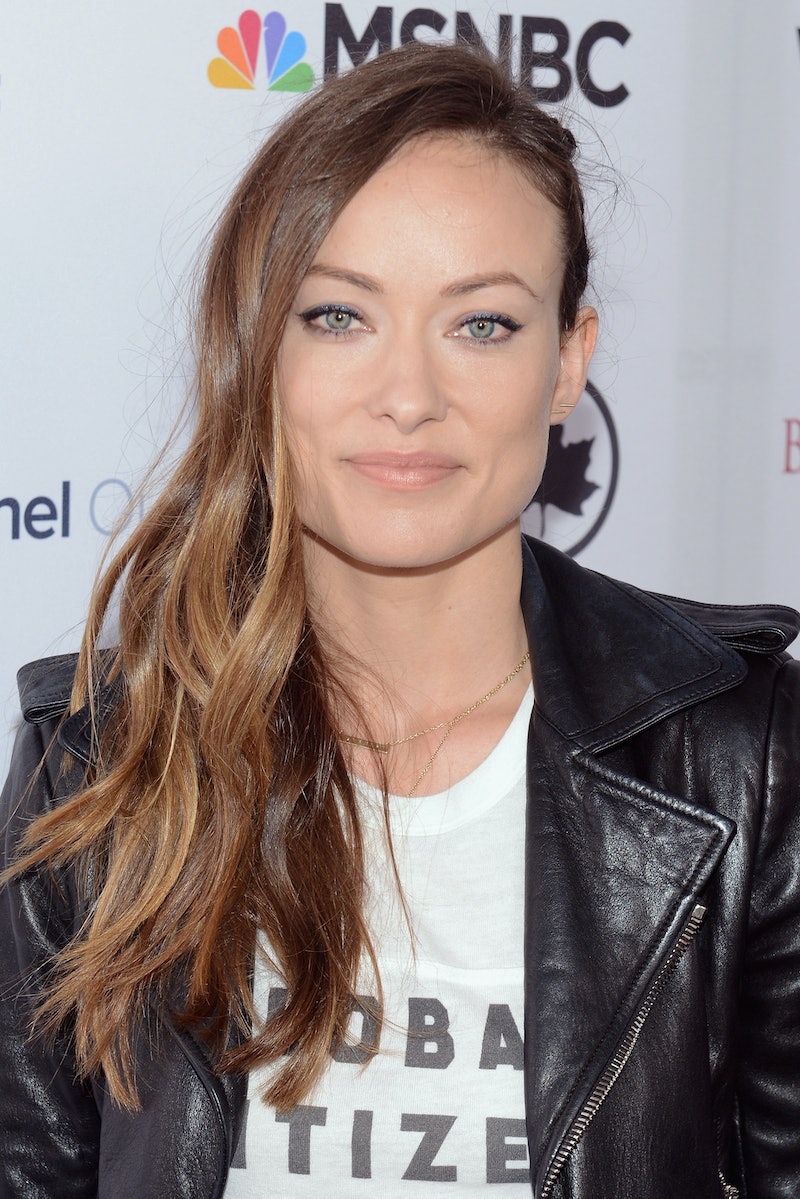 The new television heroine has arrived, and this time, she’s wearing a cape. Female superheroes like CBS's Supergirl and Netflix's Jessica Jones are finally being taken seriously in the television sphere. But, while they're out there saving the world and proving that females kick ass too, Olivia Wilde discussed female superheroes and discussed that we have a long way to go — in cinema at least.

While complex and modern female heroes have recently started popping up on TV in what feels like just the last few days — we’re one episode into Supergirl, and have just seen the new trailer for Jessica Jones — things on the cinematic front aren’t so gilded. Though fans have pined for a Black Widow spinoff for years, there's no rumor of it being in the works, Wonder Woman won't hit theaters until 2017, and Captain Marvel has been pushed back for a later release date. Perhaps that's why Wilde's comments on female superhero politics seem especially pertinent right now. We're on the cusp of something, but the next move has to be a careful one.

In what started as a twitter joke, Wilde and director Reed Morano, have been tied to Captain Marvel, and while there might not be any truth to their affiliation with the film, Wilde had some strong opinions about female superhero representation. She told CinemaBlend:

I’m a big fan of superhero films, and I have so much respect for the Marvel Cinematic Universe. The thing with female superheroes is that, in order to be powerful, they are flawless. The idea of kick-ass power lacks a certain nuance, at times. There is something to be said for a female director working to create a female superhero that perhaps [has] a little more complexity.

She brings up solid points on the antiquated nature of the female superhero. Oftentimes, the female superhero as we know her is a one dimensional, sexually objectified woman. She's strong and fierce — which are all good qualities — but, behind the perfectly kept hair and tight latex suit, there's not a lot going on. Wilde hits on something here. Female superheroes need more nuance, more dichotomies, more complexity. All things that fans are hoping to catch on shows like Supergirl or Jessica Jones, but haven't seen much of on the big screen.

Wilde continues her point by bringing up how complex Robert Downey's Iron Man has become, and how that kind of care should be taken with female superheroes for blockbuster comic flicks as well.

Marvel has been so smart about casting unexpected people for these roles. Look at what Robert Downey brought to Iron Man. A real, dry sense of humor and a complexity to his hero balance. I think that the way these Marvel heroes are written, the female superheroes included, do have complexity and flaws. But I think when they are translated into film, the women can become these ultimate goddesses of perfection, and I would love to create a female Marvel character who is just as unexpected and complex as some of the male characters as Iron Man. I think that would be really cool!

Again, we're only one episode in on Supergirl, and have yet to see Jessica Jones, but, at least in TV land, it looks like we are hitting strides on the road to showing woman that are both unexpected and unprecedented. When it comes to film though, this type of dimensional representation gets a bit tricker. On TV, you're able to draw out longer, more complicated characters and story lines. In film, you don't always have that luxury (unless you're granted sequels). That's why — like Wilde explains — a female director would be an advantageous change of pace for upcoming films like Captain Marvel (there's no director on board yet) or Wonder Woman (Patty Jenkins has signed on).

Here's to hoping that the ears behind Marvel and DC are perked up and listening. Now, more than ever, we're craving something beyond the typical female superhero, someone as Wilde puts it, "who is just as unexpected and complex as some of the male characters."