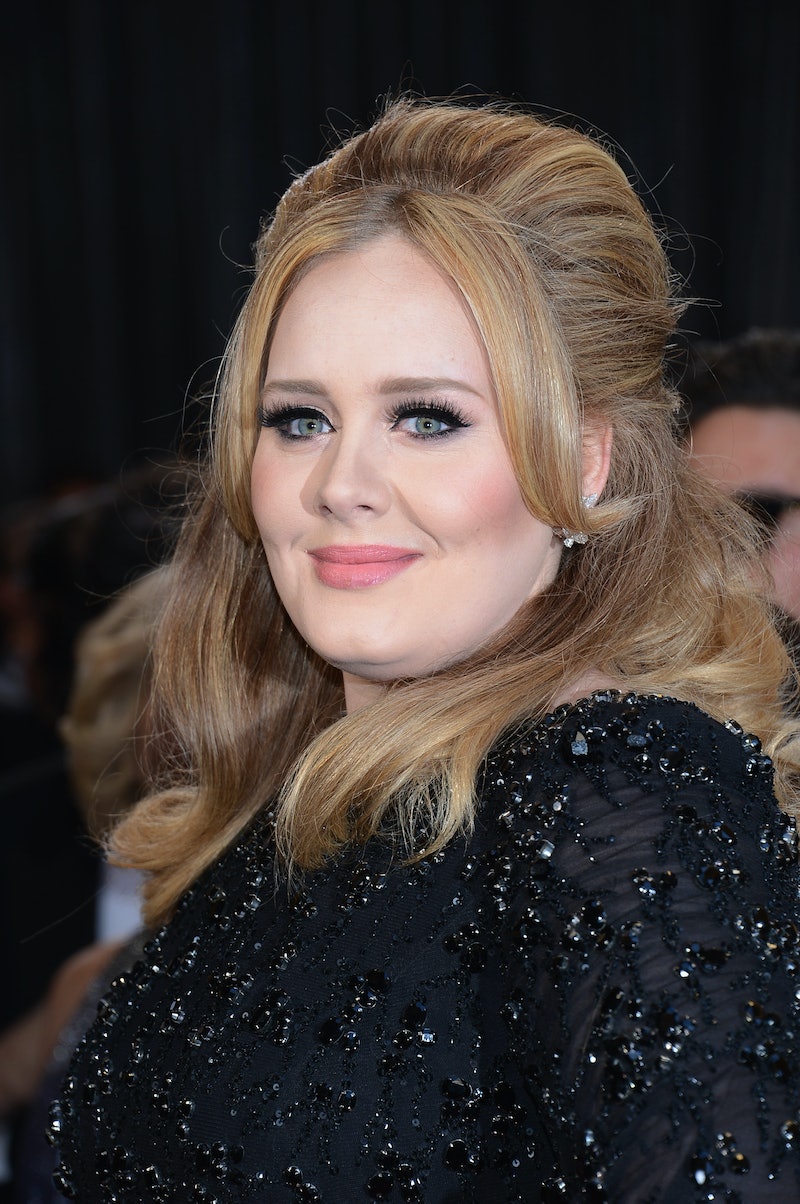 After Adele's newest single "Hello" shattered records and made the world collectively cry tears of joy/sadness all at once, the singer is finally releasing some more information about her upcoming album, 25. Adele sat down with i-D in an exclusive interview (her first in three years!) to discuss growing up, her writing process, and what motivates her to create music. What you get with 25 is something that Adele hasn't brought to the table before. Perspective. That's because she, like us, has grown older, and like some of us, a bit wiser too.

That's not to imply that her past albums were full of naiveté or immaturity, no, not in the slightest, but the songstress explains that this one in particular has something to say about the past, rather than the present. "I think the album is about trying to clear out the past," Adele tells i-D, as opposed to an album like 19 or 21, which were more about how Adele was feeling right in that moment —young, in love, heartbroken. Now, as a new mom, Adele explains that she was "conscious not to make 21 again. I definitely wasn't going to write a heartbreak record 'cause I'm not heartbroken." This type of forthright attitude and acknowledgement of the past is exactly the kind of honesty that makes Adele such a breath of fresh air in the industry.

On her song "I Miss You" (produced by Paul Epworth, who also produced the track "Rolling in the Deep"), Adele divulges, "It's about intimacy on every level. It's about sex, it's about arguing, one of the most intimate moments in my life. 'Cause you just blurt it out. It's a bit like, a drunk tongue is an honest one. That's definitely my motto, in life." Sounds like the theme of honesty isn't just present in her songs, and album, but is echoed in her life as well. When Adele is asked about fame and how she stays out of the spotlight, but still manages to remain relevant, she explains, "I'm just frightened of it, you know? Frightened of it destroying me and it ruining me, and me getting lost and turning into some of the people that I love with my whole musical heart. I get frightened. And I get frightened for the people that I love, feeling like they've lost me."

Adele has the unique ability to remain famous but not reliant on her fame. She's an artist with a sound that's penetrable to the masses, but, at the same time, is resonant to us as individuals. It's this sort of candid and down to earth persona of Adele's that's mimicked within her music "I just want to have a real life so I can write records," Adele openly concedes, "No one wants to listen to a record from someone that's lost touch with reality. So I live a low-key life for my fans."

It's no surprise that Adele's priorities have remained intact, even after all her successes. You can feel that Adele lives and breathes her art. You can hear it in her voice, when she sings "Hello, it's me." And I'm willing to bet that you'll notice it in its entirety when the album drops late November.