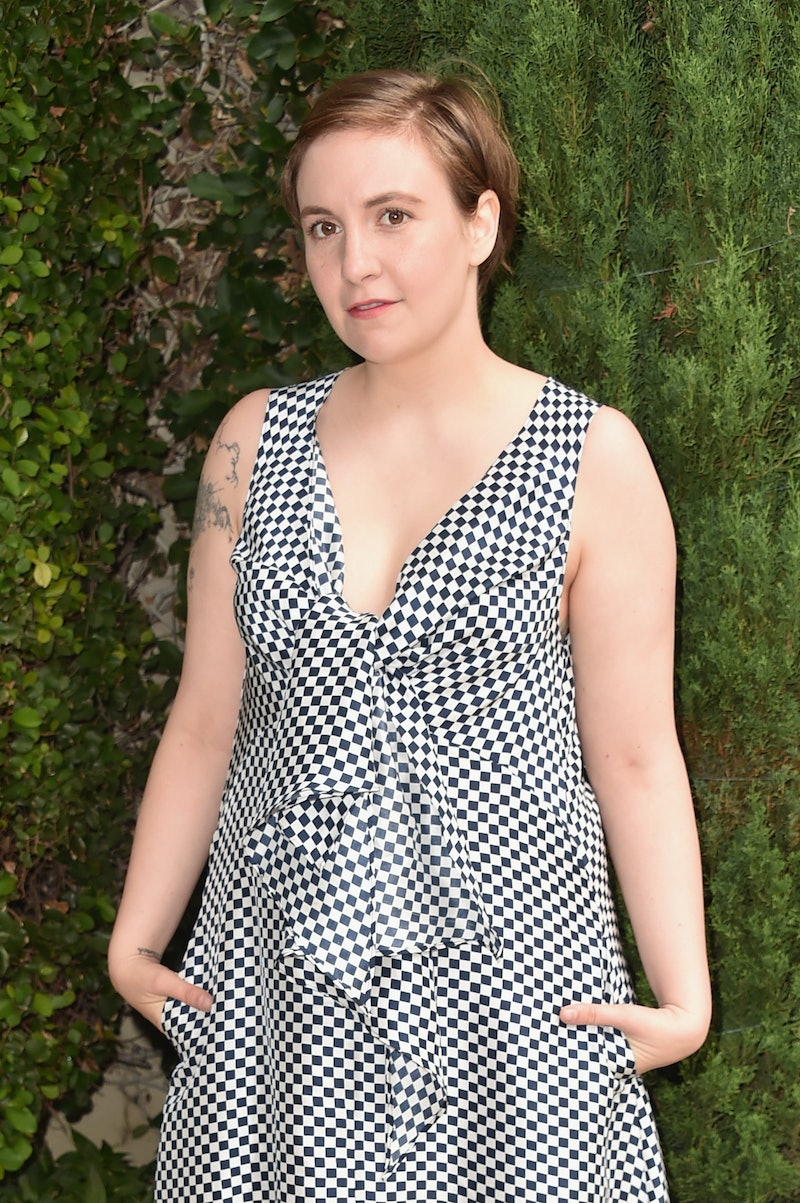 On Tuesday, a brand-new Lenny letter arrived in subscribers' inboxes. In this particular issue, Girls creator Lena Dunham talked about Halloween costumes, including the many different costumes she's worn over the years and the pressures women face compared to men when it comes to dressing up for the holiday. She also unveiled her 2015 costume: a Planned Parenthood doctor. It's no secret that she stands with Planned Parenthood, and it's unsurprising the Golden Globe winner is receiving a lot of backlash for her choice.

After "several failed attempts" at finding the perfect Halloween costume over the years, Dunham believes that this year, she found the winning one. She wrote, "I’m going as something newsy, sexy, and cool: a Planned Parenthood doctor!" Soon enough, Twitter users began bashing her for the choice, calling her many unsavory names, including the "ultimate ghoul" and "America's worst human being." Furthermore, many are saying Dunham is dressing up as an "abortion doctor."

As infuriating as that type of labeling might be for someone who supports both the Not That Kind of Girl author and Planned Parenthood, this is the perfect opportunity to educate others even more about the nonprofit organization and its doctors.

Does Planned Parenthood assist women in choosing whether or not to have abortion? Yes. And can women receive abortions at some Planned Parenthood locations if they so choose? Yes. However, there is so much more to the organization than that, including the fact that it offers reproductive health care, sex education, and information for women and men. As Dunham's boyfriend Jack Antonoff said when he partnered with Planned Parenthood,

As Planned Parenthood's official website states, they are there to provide "a wide range of safe, reliable health care." From providing contraception to reducing the spread of sexually transmitted infections to screening for cervical and other cancers, Planned Parenthood is definitely much more than an abortion clinic.

And Dunham's costume represents much more than an "abortion doctor." Rather, it's a reminder that there is an organization offering a variety of health services for men and women worldwide.

More like this
The 'It's A Sin' Creator Revealed A Massive Detail That Didn't Make The Final Cut
By El Hunt
Harry Styles Called For "Backlash" In Powerful Statement On Abortion Rights
By El Hunt
Twitter Was Saying The Same Thing About Sam Ryder’s Surprising Eurovision Result
By El Hunt
Sandra Bullock, Girlboss Extraordinaire
By Matt Harkins & Viviana Olen
Get Even More From Bustle — Sign Up For The Newsletter