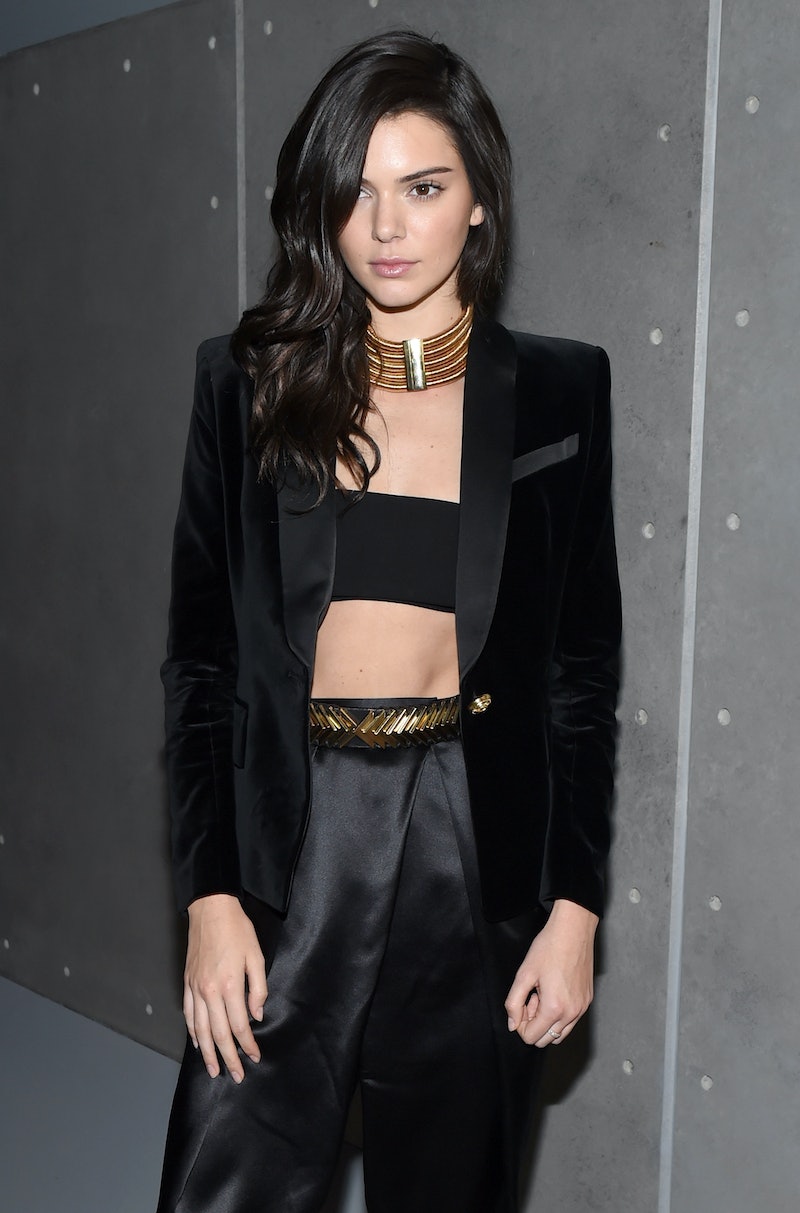 I always thought of her as one of those celebrities with flawless skin, but Kendall Jenner opened up about her acne struggle on her app, according to Teen Vogue, and her candid realism is going to make you love her even more than you already did.

Say what you want about the Kardashians and their new apps, but I love how real and open they've decided to be since the launch. We had Kylie talking about her lips, Kim talking pregnancy body image struggles, and now Kendall opening up about her battle with acne. I guess we can relate to the supermodel a little more than we may have thought.

The 19-year-old admits her skin issues began in 8th or 9th grade, and her sisters constantly reminded her to keep her hands off her face and not to pick (seriously, though, that struggle is really real). Kendall's acne was mostly a result of hormones, and it had a traumatic effect on her self-esteem. "Where it really impacted me was how self-conscious I became about it. It completely ruined my self-esteem. I wouldn't even look at people when I talked to them. I felt like such an outcast; when I spoke, it was with my hand covering my face," Jenner wrote.

Kendall began doing Laser Genesis with her dermatologist, which eventually helped her overcome her acne, but it definitely wasn't an overnight fix — though nor was her self-image. "It took a solid amount of time to be okay with my skin and gain back my confidence...I realized that it's a part of life for some people and it doesn't define who you are," she wrote.

And now she's absolutely killing it on the runways. So that's definite proof that acne isn't going to hold you back from accomplishing your goals.

Feeling inspired by Kendall's story? Here are seven other celebrities who have suffered from acne.

The British actress told Australian Vogue, "I'm incredibly self-conscious about the fact that I get bad skin."

Diaz will do anything to combat her acne, including microdermabrasion, lactic acid peels, and oxygen facials.

She even Instagrammed a snap of her face with zit cream on.

Stone was on prescription Acutane for her hormonal breakouts.

The actress revealed she's learned to take special caution with her skin to fight breakouts. “My skin's sensitive, so I have to use things without fragrance….And I clean my makeup brushes once a week," she said.

Perry even starred in a Proactiv campaign.