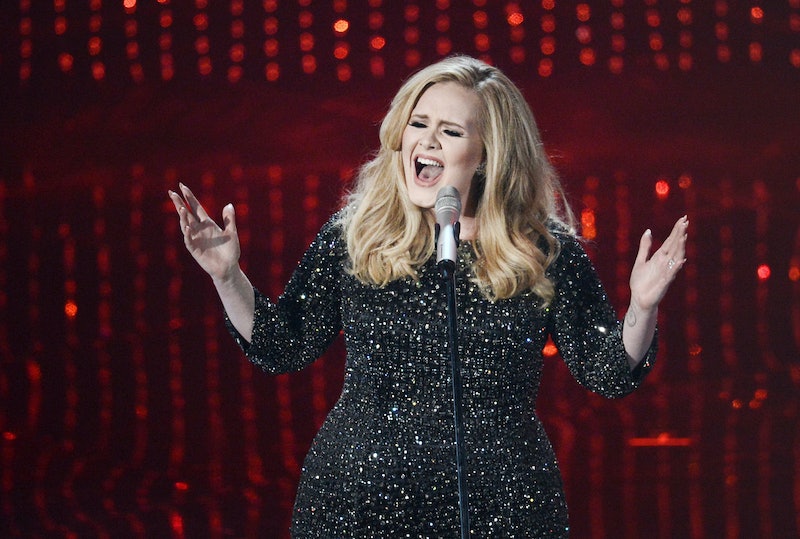 Stars: They love to trade stuff just like us! Tuesday afternoon, Britney Spears tweeted an offer to Adele. An offer that I cannot refuse to stop thinking about: two Piece of Me tickets for a pair of tickets to the "Hello" singer's next tour. Uh, would that be the greatest trade ever, or would that be the greatest trade ever? At the very least, it would definitely eclipse that one time I traded a first edition Mewtwo card for Gyarados holo card.

(Oh, wait. I never actually traded a Mewtwo for a Gyarados. All of my Pokémon card transactions were far less exhilarating. According to my memory, I was constantly trying to pawn Diglett cards off on my brother's friends. I was lousy with Digletts. Aaaaaand now you know a little more about my life as a Pokémon Trainer. You're welcome.)

Now, Spears's proposition did not come out of the blue; the pop star's tweet was a response to something Adele said in a recent interview. When i-D asked the Oscar-winning songstress what she'd like to do next, she said this:

I'd like to tour properly. I'd like to see Britney in Vegas. Dunno about more kids. Maybe after what Xavier [Dolan] said, I'll go into acting… I'd like to make another record.

Piece of Me is the second thing Adele names. Seeing Britney in Sin City is on Adele's brain. Adele knows what is up.

(Sorry, but it's been a while since I last checked Poké card prices.)