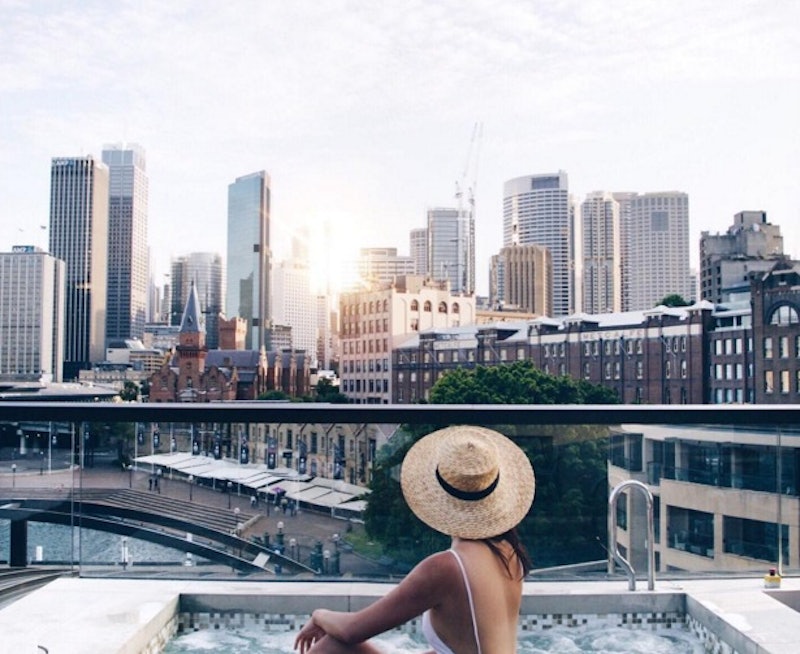 Failing sucks. It bruises the ego, makes you start over, and has the potential to hurt your feelings and reevaluate the path that you’re on. The trick is to make changes after you fail, because really — it doesn’t have to be so serious and bleak. Everyone falls flat on their face now and again, but with some simple ways to pick yourself up, it's not so difficult to keep on trying.

While it might sound impossible or foolish to keep persisting, you just never know how close to success you actually are. What if you’re just a week away, or one solid effort behind? It never hurts to dust yourself off and give it another go, but there’s nothing to be gained from giving up, other than a giant question mark with the dreaded “what if” attached to it. Instead of throwing in the towel, take stock of what you did and what went wrong, and make some changes before starting over.

See what worked well and why, and what caused the whole house of cards to tumble over. Make that stumble a teachable moment, and be thankful for the opportunity to improve. Because that’s all failure is: just another shot to try. Here are seven changes to make when you start over from failure, because this next shot just might be the one that works out.

1. Learn From Your Mistake, And Then Don't Do Them Again

The obvious first change you should make is to not repeat what you did before. It's worth spelling out though, because how many times have we touched the stove again even though we knew it was hot? The nice thing is that even though you failed the game isn't over. Use your blunders as teaching moments, and craft a brand new game plan using what you learned. Who knows, maybe this attempt will be the one that brings you to your goal.

According to life coach Angel Chernoff at Hack Life, "Your mistakes and failures should be your motivation, not your excuse. Instead, place them under your feet and use them as stepping stones. Mistakes teach you important lessons. Every time you make one, you’re one step closer to your goal." There you have it — failing is just another step in the game plan towards success. Get past it, learn from it, and keep going.

2. Give Up Your Need For Approval

Failing not only sucks because you didn't get what you want, but it also stings because it chips away at your ego. People now know you didn't succeed, and that could be embarrassing for you. But in order to pick up from your misstep and keep trying for your goal, you have to leave that need for approval behind. Only then will you be able to give your mission your all.

Susan Tardanico, leadership writer at Forbes said, "Often our fear of failure is rooted in our fear of being judged and losing others’ respect and esteem. We easily get influenced (and spooked) by what people say about us. Remember, this is your life, not theirs. What one person considers to be true about you is not necessary the truth about you, and if you give too much power to others’ opinions, it could douse your passion and confidence, undermining your ability to ultimately succeed." When you're not being stunted by the fear of what people will think about you, you can go so much further.

3. For The Next Goal, Don't Make It Personal

Your failure isn't your identity. Just because you haven't found the right stride yet doesn't mean you have to wear the "F" label on your shirt — sometimes it takes time, and you'll get there eventually. Next time around, don't make the possibility of stumbling so personal. If you do, it'll chip away at your self-esteem because you'll think there's something about you that makes you fail. When in reality it's not about you; sometimes you just need to feel out the right game of attack.

Tardanico shared, "There was a man who failed in business at age 21; was defeated in a legislative race at age 22; failed again in business at 24; overcome the death of his fiancée at 26; had a nervous breakdown at 27; lost a congressional race at 34; lost a senatorial race at age 45; failed to become Vice President at age 47; lost a senatorial race at 49; and was elected as the President of the United States at the age of 52. This man was Abraham Lincoln." Imagine if Abe gave up after the first misstep, or even the third. He wouldn't have ended up in the Oval Office, that's for sure.

4. Don't Lose Your Enthusiasm — Get More Of It

It can feel knee-jerk to sulk after a failure, but instead of spiraling into a pity party, get more enthusiasm for your goal. Think of it this way: Now that you were denied it, you only want it all the more. You want to prove everyone wrong — you can do it. You just need time. By doing this, you're changing your mindset from a miserable failure to a persistent go-getter.

Chernoff shared, "If you don’t like something, then change it. If you can’t change it, change the way you think about it. Being hurt is something you can’t stop from happening, but being miserable is always your choice. Winston Churchill reminds us, 'Success is moving from one failure to another with no loss of enthusiasm.' The mind must believe it can do something before it is capable of actually doing it." So when you fail, change your mindset on what that failure means. It's not the end of the road; it's a shot to try it again, just differently.

5. Next Time, Have A New Project Ready

Maybe the goal you had doesn't allow you to start over again right away. Maybe you have to save up money or spend some time researching, and it has to take the back-burner for the time being. If this is the case, occupy your mind with a new project so you don't have room to beat yourself up over your missteps.

Lifestyle writer Patrick Allan at Lifehacker suggested, "Get started on your next project and really focus on it. Filmmaker Hayao Miyazaki suggests having your next project ready so you're always equipped to carry on. Nothing takes your mind off of things like hard work...The key is to switch your focus and give yourself time to remember that failing isn't the end of the world." By persuing something else for a little while, you'll show yourself you're still smart and strong and enthusiastic — the small fail didn't take that away from you or change you as a person. And that will encourage you to go right back into it and try, try again.

6. Fight The Urge To Sulk

You'll feel bad and beaten up after a failure, but you shouldn't let yourself fall down the rabbit hole of those feelings. Instead, give yourself a day to feel low and eat all the comfort food you want, and after that push up your sleeves and get back to planning.

Tardanico pointed out, "Don Shula is the winningest coach in the NFL, holding the record for most career wins (including two Super Bowl victories) and the only perfect season in NFL history. Shula had a '24-hour rule,' a policy of looking forward instead of dwelling on the past. The coach allowed himself, his staff and his players 24 hours to celebrate a victory or brood over a defeat. During those 24 hours, Shula encouraged them to feel their emotions of success or failure as deeply as they could. The next day, it was time to put it behind them and focus their energy on preparing for their next challenge. His philosophy was that if you keep your failures and victories in perspective, you’ll do better in the long run." One failure isn't the end of the world. One failure doesn't define you. Keep it in perspective.

7. Get Rid Of Your Stigma Over Failing & Change Your Point Of View

Think of it this way: You failing wasn't the end. It was just a practice round. And every time you stumble it'll just be another chance to practice until you get it right. Chernoff points out, "Every great artist was once an amateur. The sooner you get comfortable with practicing and making mistakes, the quicker you’ll learn the skills and knowledge necessary to master your art. You’ll never be 100 percent sure it will work, but you can always be 100 percent sure doing nothing won’t work. So get out there and try again. Either you succeed or you learn a vital lesson." There's no such thing as actually failing — you either succeed, or you learn something you didn't know before. So get back out there! You have no more excuses.

When you start to look at failure more as a learning experience and less as rejection, you'll find yourself experience more positive emotions than negative — and that's never a bad thing.