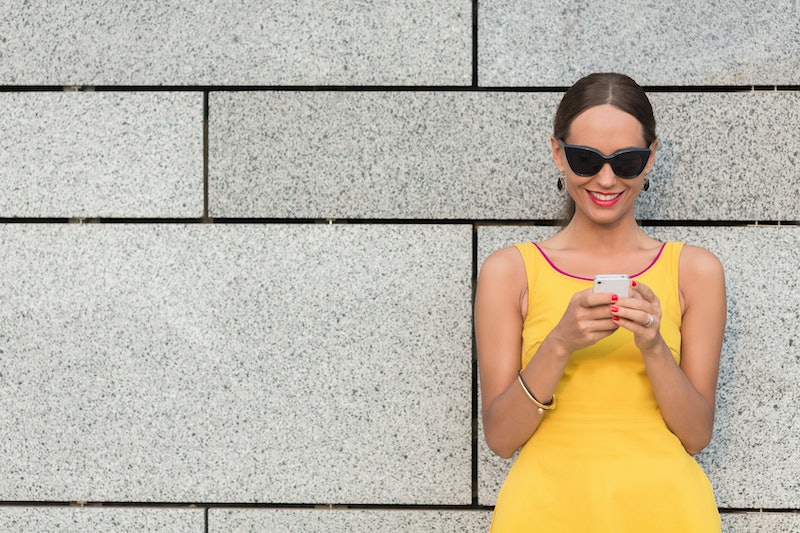 It's hard to deny that Facebook has had a great run and made us change the ways we all use social media and interact with one another, but it's also hard to deny that Facebook is kind of, well, boring now. If you feel this way, science has your back because a new study found that Snapchat makes you happier than Facebook does, because there are only so many awkward profile picture comments from distant relatives that one person can take in a lifetime.

For the study, which was recently published in University of Michigan journal Information, Communication, & Society, researcher Joseph Bayer and his team recruited about 154 college students with smartphones and asked them five questions: "How negative or positive do you feel right now?, How did your most recent interaction occur?, How pleasant or unpleasant was your most recent interaction?, Within that interaction, how supportive or unsupportive was that person to you? How close are you to that person?"

On the surface, these questions seem to have very little to do with Snapchat or Facebook in and of themselves, but researchers linked the platform students used for these interactions to draw conclusions about how each app affects them individually. Here's what they found:

1. Snapchat Interactions Are Associated With More Positive Emotions Than Facebook

Because look at Jimmy Fallon. How could they not? Researchers found that students rated their interactions on Snapchat as significantly more positive than on Facebook.

2. However, Snapchat Interactions Are Not Viewed As "Supportive"

If you want emotional support online, Snapchat is probably not the best place to turn. Even though it is associated with positive emotions, University of Michigan researchers found that Twitter, texting, e-mail, calling, and face-to-face interactions were all more conducive to supportive conversation.

This basically means that people aren't super concerned with weather or not they look unattractive or conceited when sending snaps, because it's much more acceptable to send someone a #NoMakeup photo if it disappears forever in a few seconds than putting it on Instagram where it'll be up for possibly the rest of time.

People are spending less time stalking old photo albums, scrolling through their news feeds, and finding content that has been sitting there for a while, and more interested in seeing what's going on now, which is why Snapchat is a more attractive option to social media users, according to the study.

Interestingly, participants found that Snapchat was similar to face-to-face interaction because there was nothing extravagant about it; in fact, it was pretty mundane and not over-done. You know, like real life and not the real life we see on Instagram.

So really all the advice I have to give you is to keep Snapping away. Because what could make anyone happier than puking rainbows?

More like this
How To Use The Crying Filter On Snapchat, TikTok, Instagram & More
By Emma Carey
What Is “Night Luxe?” Breaking Down TikTok’s New Aesthetic
By Courtney Young
TikTok Is Using A ‘Love Island’ Sound To Expose Their Weird Crushes
By Courtney Young
The Viral TikTok “30,000” Sound Fits Nearly Every Scenario
By Courtney Young
Get Even More From Bustle — Sign Up For The Newsletter