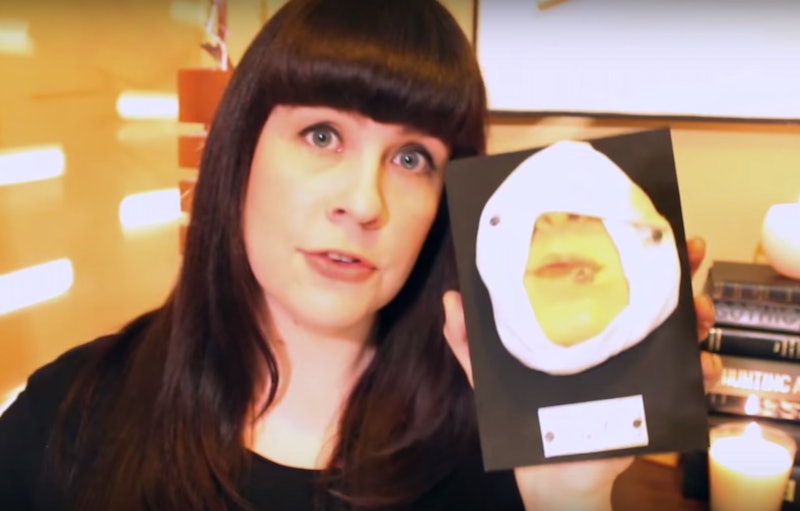 The last time we heard from Caitlin Doughty of “Ask a Mortician,” she was helpfully explaining what happens to breast implants during cremation (If you’re wondering: They turn into a “gelatinous goo,” apparently). In her most recent video, Doughty parodies “monthly favorites” videos and gives us her favorite death-related things for October. Sure beats the usual makeup and clothing hauls, right?

Doughty’s “faves” include fascinating death stories and enjoyably creepy death-related art and objects. She starts with one of her favorite death facts: The fact that “there are over two hundred well-preserved dead bodies on Mount Everest.” More than 4,000 people have made it to the top of the world’s tallest mountain, but it’s a dangerous risk to take, and people die trying to do it. Doughty points out that when someone dies on Mount Everest, it’s simply impractical to try to remove the body, so they just stay up there. Because they are frozen, they stay in place and don’t degrade, so that, she explains, “new climbers have to pick and climb their way over the corpses.” These dead bodies become “landmarks for other climbers” attempting to make it to the top. HOW CREEPY IS THAT? (Find out more about this story here).

Doughty’s other deathly faves include the Mütter Museum in Philadelphia, a museum of medical history containing historical “collections of anatomical specimens, models, and medical instruments.” Doughty explains that the museum’s collection contains artifacts like “antique specimens of syphilitic faces, and distended colons, and skeletons plagued by rare disease.”

Doughty ends by showing off her latest macabre haul, including a wax moulage (a wax model of a skin condition or injury, used historically for educational purposes) of someone with “primary syphilis” and a skeletal tea towel.

Not gonna lie, I WANT that towel.

More like this
TikTok Is Using A ‘Love Island’ Sound To Expose Their Weird Crushes
By Courtney Young
The Viral TikTok “30,000” Sound Fits Nearly Every Scenario
By Courtney Young
Kris Jenner’s Advice For Kim Kardashian Is Going Viral On TikTok
By Courtney Young
Meet The Disney Imagineer Bringing 'Guardians Of The Galaxy' To Epcot
By Charlie Mock
Get Even More From Bustle — Sign Up For The Newsletter