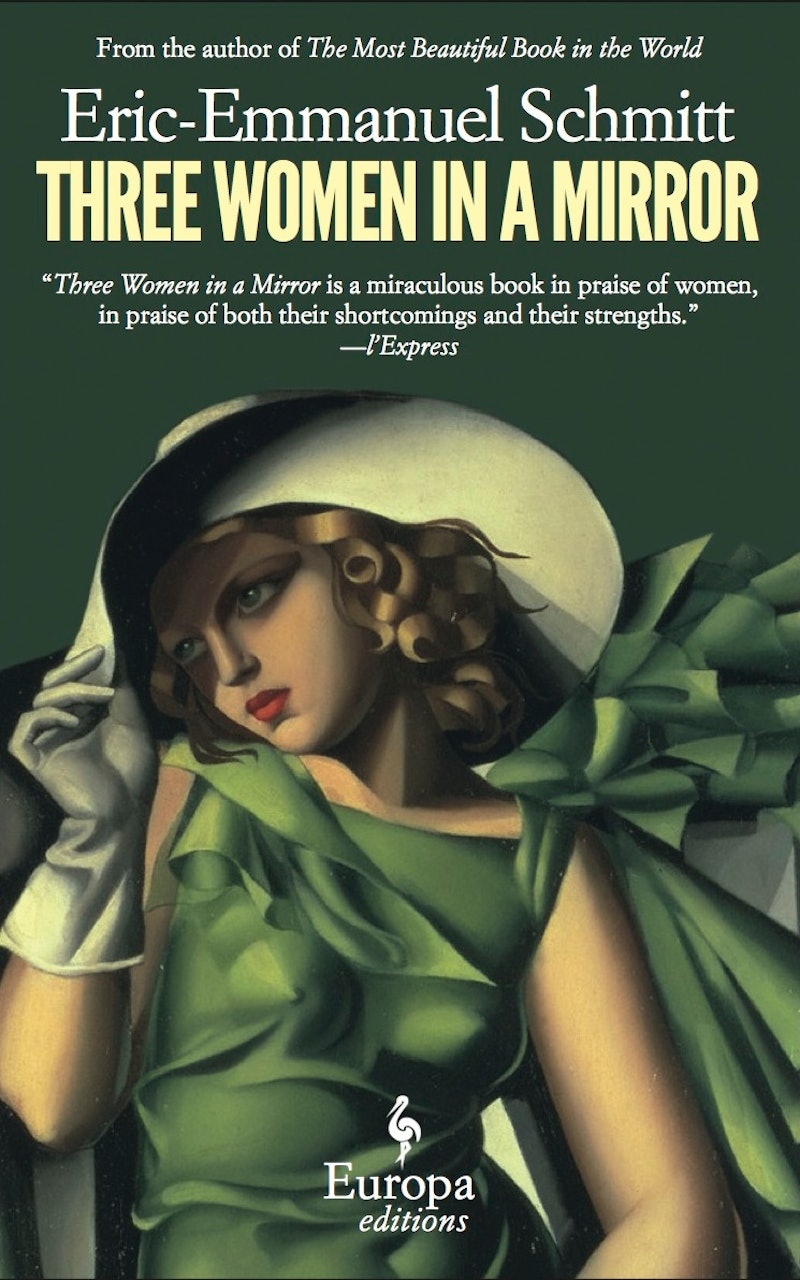 Does something specific connect people throughout time? It’s a popular literary question since Cloud Atlas (and before that, too, of course. But Cloud Atlas kind of rocked it.) In his new book, Three Women in a Mirror, Eric-Emmanuel Schmitt takes up the theme. The novel, originally penned in French, follows three women living thousands of miles and hundreds of years apart: Anne, a young woman in 16th century Flanders; Hanna, a Viennese noblewoman at the dawn of the 20th century; and modern day Hollywood star Anny, nicknamed “America’s sweetheart."

On the surface, these women have nothing in common—Anne is a mystic in the mold of St. Francis, Hanna is newly married and caught up in society’s latest expectations for her, and Anny is an emotionally exhausted, lonely, drug-addicted mess. Yet each of them shares a sense of being apart, fundamentally different from those around them. As Schmitt weaves their stories together, we see their respective quests for self-discovery and their connection to one another deepens even as their few similarities fade.

I’m tempted to call the book a meditation on womanhood, but that seems strange coming from a male author. And yet.

And yet. Even though the book doesn’t explicitly deal with issues of womanhood or femininity, the themes permeate. The book explores how ideas of love, marriage, and motherhood effect women in different times and how societal expectations dictate female roles. It is heavily focused on how women relate to one another; if this were a movie, it would more than pass the Bechdel test. Sure, the stories all deal with at least one highly significant male character, but the three protagonists are just as—if not more—invested in their relationships with their fellow women.

The way in which all of these women feel out of step with their own time seems in some ways indicative of the way women are generally all too often designated as an “other.” Certainly our three protagonists all start out feeling their respective identities to be inadequate.

I was fascinated to watch how societal expectations for women changed through time, and how certain things always seemed to stay the same. I found myself asking all of those third wave feminism, existential questions about whether or not there is some essential, eternal essence of being a woman.

Regardless, however one interprets Three Women in a Mirror and its three protagonists, the stories are still understated yet gripping, and the prose is stellar, especially for a translation. Plus, a loop or two through time is always a trip.