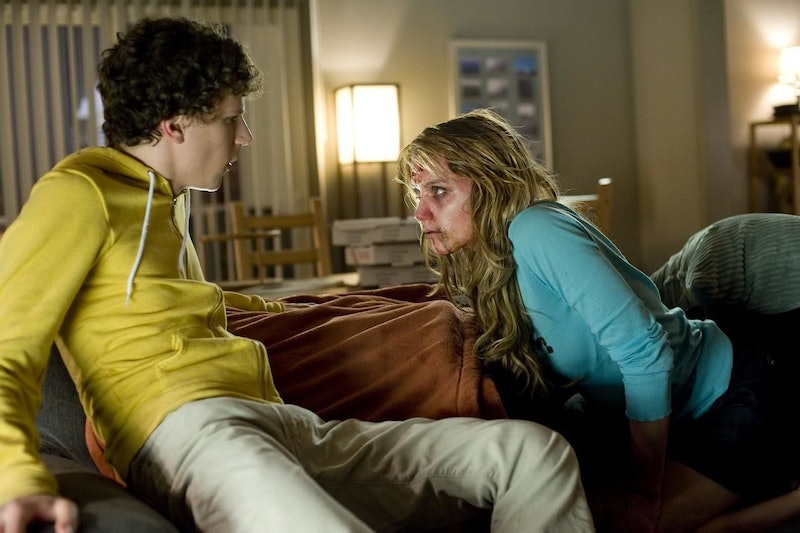 We've been told upside down and backwards that the zombie apocalypse would never happen, but I have to believe that we have exploited their existence so thoroughly in pop culture that it's only a matter of time before it comes around to bite us in the ass. The real question then isn't whether or not it will happen, but how your city would deal with a zombie attack if (when) it came to fruition. Luckily, the team at HR software and recruiting site CareerBuilder has gone ahead and crunched those numbers, so we have a lovely if not disconcerting visual on approximately how doomed we are, depending on where we live.

The fate of your city depends on four factors: the ability to defend against the virus, the ability to contain the virus, cure research potential, and food supply. But it's a lot like high school, where if you fail one subject, even top marks in the rest of your subjects won't be enough to save your GPA — except this time it's less about your GPA and more about, y'know, staying alive. The information accounts for the top 53 metropolitan areas, all of which have over a million residents. According to the researchers, "A standard, flesh-eating virus transmitted via biting or contact with infected blood is assumed." (Emma Stone looking fabulous and gunning down a zombie hoard is also assumed, I'm sure, but was not mentioned in the study.)

CareerBuilder even provided a handy interactive map to show just how doomed you are based on your location:

To play with the fates, you can see the full interactive map here.

So by now I'm sure you're wondering: exactly how screwed over am I? Have no fear, post-apocalyptic friends ... unless you're in one of these cities. Here are the three most doomed cities, according to CareerBuilder's findings:

Clocking in at number one least survivable is the great city of New York, aka the place I happen to the sitting in the middle of as I type this. (Peachy.) Considering I'm too aggressively Hufflepuff for my own good and my battle plan has always been "find the nearest cupcake shop and wait for death," this isn't necessarily a downer for me; for those of you who didn't want to die a frosted, indulgent, zombie death, this is bad news bears. Turns out that smushing 8.4 million people who commute in and out of a tiny island all the live long day isn't exactly great for virus containment, which we ranked all the way at the bottom for. Womp, womp.

Listen, guys, it could be worse. When you inevitably get gutted by your grandma-turned-zombie on your way to work one day, at least you'll die near the beach with the glorious Florida sun on your back! And just in case you thought you could scramble to save yourselves by fixing some major deficit in one of the four factors that went into determining this city's survivability, it turns out you're kind of tanked at all of them. It was nice knowing you, though! Enjoy all those oranges before your teeth decay from craving all that human flesh!!

I'm not gonna lie, if all my Hollywood faves got turned into zombies, I'd still be down to clown with them. Get real with me right now: if Chris Pratt or Jennifer Lawrence was all, "Yo, let's make out right now," would you really wreck it all by being like, "Naw, man, I don't mash faces with anyone I just watched eat my sister with their bare hands"? Yeah, that's what I thought. With a population of nearly 4 million, you're slightly less screwed than Tampa and New York City, but only slightly. Enjoy your kale-flavored lattes while you can.

So now that I've wrecked the days of several millions of people inhabiting these cities with this information, you're probably wondering where the hell you're supposed to escape to prevent these shenanigans from going down. Since it's not financially feasible to head to the moon, you might want to check out Boston, Columbus, or Salt Lake City, which are the three cities most likely to survive the oncoming zombie carnage.

As for everyone else — you can check on the survivability of your city here. If anybody needs me, I'll be here waiting for a zombie to take me alive. If you can't beat 'em ... eat 'em.