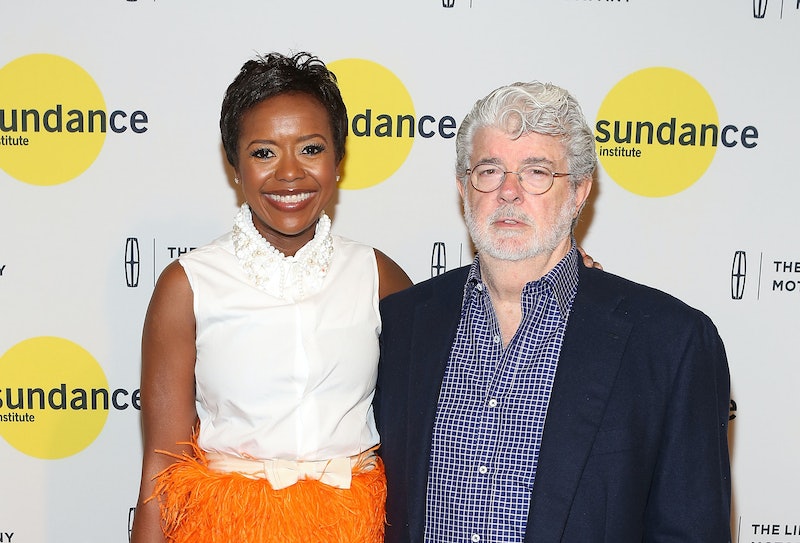 On Tuesday, in a touching and amazing gesture, it was announced that the George Lucas Family Foundation would donate a $10 million to the University Of Southern California's school of film to support students of color from "communities that are underrepresented in the film industry." Lucas and his wife, Mellody Hobson, established the "George Lucas Family Foundation Endowed Student Support Fund for Diversity" which "marks the largest single donation for student support in the school’s history," according to USC News.

The grant will prioritize African-American and Hispanic students enrolled in the film school to increase visibility and opportunity for those students, and the first recipients will be awarded in Fall 2016, split equally between men and women. It's a generous donation for film students at Lucas' alma mater, and, hopefully, the money will come with total freedom. Lucas said when announcing the grant: "Hispanic and African American storytellers are underrepresented in the entertainment industry. It is Mellody’s and my privilege to provide this assistance to qualified students who want to contribute their unique experience and talent to telling their stories."

And, even though it's a huge chunk of money, it's necessary: it's impossible to overstate just how underrepresented stories of color are in the mainstream, let alone in the academic world, where they are competing for recognition and contacts that will boost their careers to the next level.

Though the donation is amazing, the caveat is: will there be limitations? In an academic setting, hopefully not from Lucas, who has not indicated that mentorship will be part of the grant. However, I can't help but think of the disaster of Matt Damon's Project Greenlight fiasco recently. If you're not caught up, Damon was criticized for his his insensitive comments about diversity and naïveté about the underrepresentation of people of color behind the camera in the industry when he said, "When we’re talking about diversity, you do it in the casting of the film, not in the casting of the show."

But, thankfully, Lucas seems much more aware of that exact misunderstanding: that all facets of the industry are lacking in representation, especially with filmmakers and directors. The crucial component here is that the scholarship will absolutely prioritize students of color, and I just hope that, through the implementation of the grant, there are as few limitations as possible. That freedom is the key: although money talks, it can also come with inhibitions, and I want to see these film students take the money and run in the best way possible to execute their work.

This is also not the first donation that Lucas and Hobson have made to USC: in 2006, Lucas donated $175 million dollars to his alma mater, $75 million of which was used to rebuild the facilities into a state of the art film school. Whoa, baby! With this newest grant, hopefully USC students will feel a little more at ease about how they will be able to tell their stories (money-wise), and are thus able to focus more on how to bring them to life. The world needs their stories.

More like this
Sandra Bullock, Girlboss Extraordinaire
By Matt Harkins & Viviana Olen
Twitter Was Saying The Same Thing About Sam Ryder’s Surprising Eurovision Result
By El Hunt
Yomi Adegoke On The Offline Diaries & The Power Of Representation
By Jessica Morgan
The Music Industry Continues To Fail Black Women
By Precious Adesina
Get Even More From Bustle — Sign Up For The Newsletter