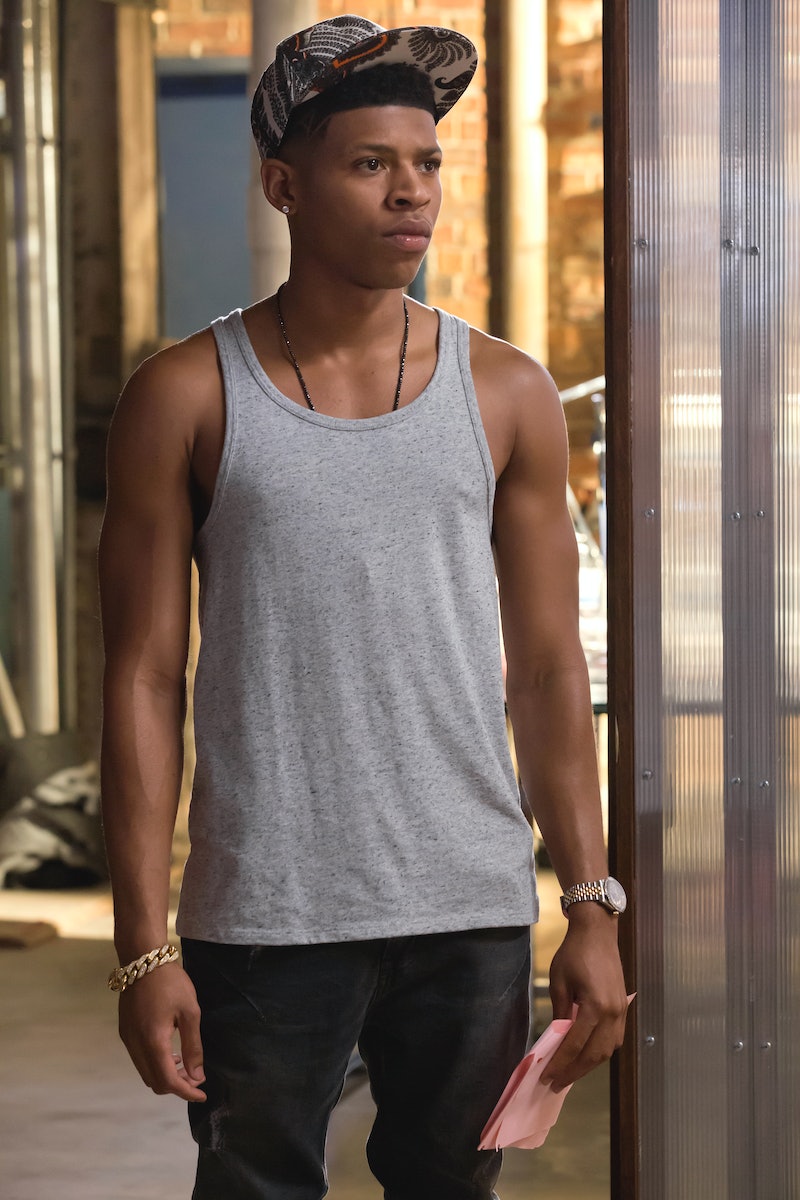 Edward Snowden, Carmen Sandiego, Olivia Pope, Hakeem Lyon. What do all of these people have in common? At one point or another, we were all wondering where the hell they were. Hakeem Lyon is the most recent addition to this list, as the youngest Lyon cub was taken from us on the most recent episode, "Be True." So who abducted Hakeem on Empire ? I don't think we need to call in Nancy Drew to figure this mystery out because there is one shady character who would obviously do just about anything for money.

Thirsty Rawlings. Even the name screams "I abduct my clients children to extort money out of them all while wearing a Barney-colored suit and just barely squeezing by the law, even if I don't care about breaking the law or digging up dead bodies and putting them in lawyers' cars." Technically, we don't know if Thirsty is behind the Hakeem abduction, but come on. Thirsty has proven he's capable of a lot of shady things, and I really wouldn't be surprised if abducting Hakeem was part of a bigger plan.

For a while, it seemed like Thirsty was Team Lucious, all the way. He had two of his men attack Officer McKnight for the tapes of Lucious' single, before Lucious was released. Speaking of getting Lucious released on bail, let us not forget that Thirsty blackmailed the judge with incriminating photos in order to get his client out of jail.

And now, a moment to remember Hakeem, in case you see him around and want to help in the efforts of righting the wrong that was his abduction.

But what would Thirsty have to gain by abducting Hakeem? There are a few reasons why I wouldn't put it past him. First of all, Hakeem is the only Lyon son that is not with Empire Records. He has gone on record of saying that he is going to stay with Cookie at Lyon Dynasty, and surely that's not making Lucious very happy.

But is that enough for Lucious to scare his son and have his lawyer (and lawyer's squad) abduct Hakeem? Even though Lucious has done some shady things in the past, I don't know if he would go to those lengths, especially because it seems like Hakeem's abduction might bring the Lyon family back together — if only for an episode.

But would Thirsty do it himself? I think he might. It's no secret that Lucious has a lot of money, and would probably do anything to protect his family. If Thirsty's plan all along was to extort Lucious for a ton of ransom money, it might be why he worked his scheming ways to get Lucious out of jail. If it is Thirsty, I hope that the Lyon family can see through his tricks and bring back Hakeem.