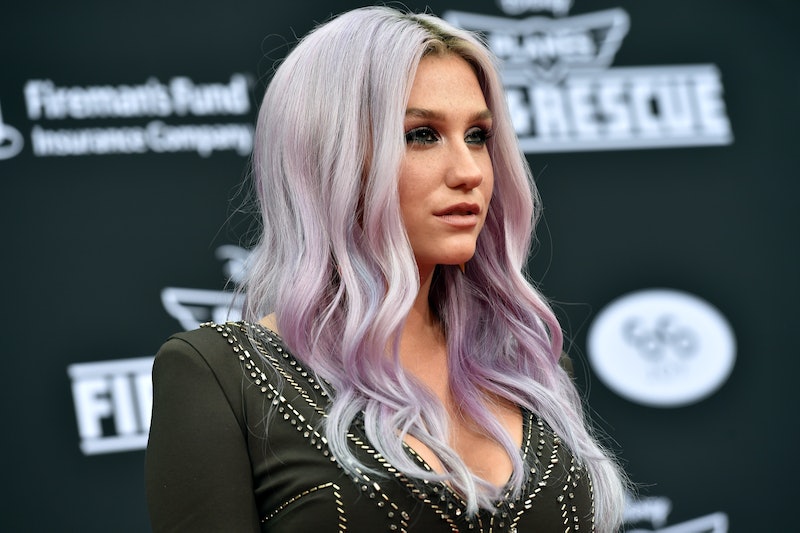 Living under media scrutiny during your day to day life has to be hard enough, but when you're a celebrity going through personal struggles like addiction and mental health issues, the circumstances are even harder. Along with the fact that you are going through this difficult ordeal, which might require rehab, you have to deal with the public and the opinions of millions. Although it can be trying, some celebrities have been open about going to rehab, and it's important that they were able to use their platforms to raise awareness of the issues they faced and treated.

As a society, we are still fighting the stigma against mental health issues and addiction. And too often the word "rehab" is taboo, which continues to perpetuate the idea that shame should go along with the process of finding help. The positive thing about some of the biggest voices in entertainment and pop culture opening up about their personal struggles, is that they have the power to inspire millions of people who might not feel ready to face recovery themselves.

Here are some of celebrities who were brave enough to be open about rehab and their experience after seeking treatment.

Kelly Osbourne comes from a family that has struggled with substance abuse in the public eye for decades. Her father, Ozzy Osbourne, and brother, Jack Osbourne, are both now sober, and Kelly herself entered rehab for drug and alcohol abuse for the third time in 2009, which changed her life. She told People in a cover story about her recovery in 2009, "I have to take every day as it comes. This is a disease. I was born with it. I'll die with it... I just want to be happy. Anything is better than the way it was."

Early in 2014, Kesha entered rehab for an eating disorder. In an essay for Elle U.K. , the singer said her decision to go to rehab came when she felt like a hypocrite: "I felt like a liar, telling people to love themselves as they are, while I was being hateful to myself and really hurting my body." As for leaving rehab, she said, "I knew I was ready to leave when I'd gained enough confidence to get on a plane knowing there would be paparazzi at the airport at the other end... I was right — they were there. But this time, when I saw the pictures, I felt OK."

There is perhaps no current pop star more open about her road to recovery than Demi Lovato. She has made it her mission to share her experience and inspire other people dealing with bipolar disorder and body image issues. Back in 2011, when she was fresh out of her stint at rehab, she shared with Seventeen ,

Honestly, I am thankful for my life path, including the highs and the lows, because it has caused my true self to shine through. Going to treatment was a gift and I believe it saved my life. I learned how to be strong and healthy even through struggles. It also helped me open up about my issues and share them with others.

In early 2013, Zac Efron shocked fans when he quietly entered rehab for alcohol and drug abuse. It wasn't until a year later that he began opening up about his time in rehab, and in an interview with The Hollywood Reporter shared that he was attending Alcoholics Anonymous, saying, "I just started going. And I think it's changed my life. I'm much more comfortable in my own skin. Things are so much easier now ... It's a never-ending struggle."

In February 2012, Gerard Butler entered the Betty Ford Clinic for help with pain management, after he started taking pain medicine after he sustained an injury while filming a project, even though he never became fully addicted. Butler stayed in treatment for three weeks, and opened up to Men's Journal about his life post-treatment in 2012, saying, "Maybe a stronger person wouldn’t have needed to go... When you hear the word rehab, you think, 'He's a mess, he's f*cked up.' But I'm glad I did it. I've made a sh*tload of wrong decisions in my life. But I know I've made some right ones as well."

Dunst entered a rehab facility to help with her depression in early 2008. She opened up to E! News a few months later, saying, "I was struggling, and I had the opportunity to go somewhere and take care of myself. I was fortunate to have the resources to do it. My friends and family thought it was a good idea, too." She also explained her decision to open up publicly: "Now that I'm feeling stronger, I was prepared to say something ... Depression is pretty serious and should not be gossiped about."

Lohan has had a very public battle with substance abuse in the press, but it wasn't until her docuseries on Oprah Winfrey's OWN Network that she was able to be fully open about her problems. Lohan spoke to Ellen DeGeneres about her rehab in 2014, saying,

I really wanted a moment for myself and I learned a lot of different tools and things that I didn't in the past. In the past a lot of it people don't know this, but I was sent to rehab to avoid you know, them trying to put me in jail, so it wasn't something that I necessarily wanted or was ready for... I just like want to work and take care of me right now.

It is always refreshing to see people who are not ashamed of their pasts, but proud to be moving forward and helping out others along the way.