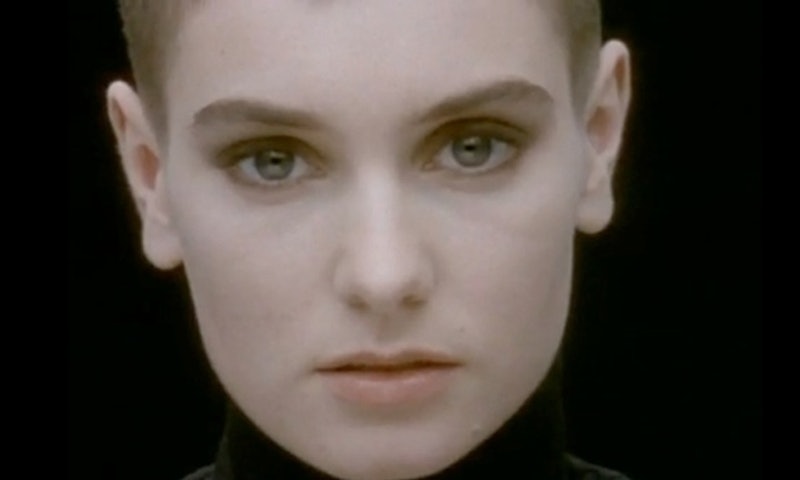 I’m all about making playlists for a specific moods before they’re needed. For instance, I made a “Dumped” playlist when I was 18 and single. Why? Because I didn’t want to have to cobble together 47 hours of sad songs to get me through my heartbreak after I had been heartbroken! That just seemed cruel and unusual. And guess what happened? Six months later, when I got dumped hard, I was super grateful to have a list of songs that were perfect for the depressed mood I was in. So, what are the lists that I’ve prepared recently? Well, one that I’ve been working on is a list of all the ‘90s songs that I sometimes just have to hear.

Because whether it’s the mood striking me or I’m feeling super nostalgic, sometimes I just need to hear some random ‘90s song that perfectly fits the emotion that I’m feeling in that exact moment.

Which is why I’ve compiled this list. It includes all of the ‘90s songs that I repeatedly feel compelled to return to for various reasons, because sometimes, you need just need to hear a song now, and waiting to download it or add it to an on-the-go playlist is only going to make it worse.

So take a page from my playbook and have this playlist at the ready for when you need the ultimate ‘90s throwback.

Because sometimes, you just need that ‘90s folk in your life.

A requisite for every karaoke bar.

Sure, this song is kind of creepy and probably reminds you of that middle school dance where you realized that those weird videos about boys going through puberty were all too true — but also, it's a good song.

4. “Nothing Compares 2 U” By Sinead O’Connor

5. “Spice Up Your Life” By Spice Girls

To be played during every sleepover and girl's night forever and ever, amen.

6. “Only Wanna Be With You” By Hootie & The Blowfish

Hootie is an essential, and sometimes I forget that until one of their songs randomly comes on my iPod. Do yourself a favor and keep this song handy so that you’re always reminded.

The O.G. boy band crush for so many of us.

The perfect road trip song, whether alone or with friends. Keep this one handy for long drives or much needed sing-a-longs.

Every time someone says “Oh my God,” a little too slowly, am I right?

I don’t know what it is about this song, but I feel this one in my body every time it comes on. Sometimes I just need to blast this in my dark kitchen and techno dance it out.

For the rebellious head banging moments in all of our lives.

Every time your party needs a good sing-a-long... or when you’ve reached that point in the night where the only thing left to do is lay all over each other on a couch and sing your way to sleep.

Whenever anything ends for the rest of your life, you will want to hear this song and cry yourself through it. It’s the curse of every ‘90s child.

14. “You Oughta Know” By Alanis Morissette

This will become the theme song to every single one of your breakups. Little did you know when you were 11 that this song would get you through every single time you were dumped or someone never called you back.

15. “Bittersweet Symphony” By The Verve

‘Cause sometimes life does feel like a bittersweet symphony, guys. It really does.

Because you memorized every single word when you were eight years old and still can sing it word-for-word.

To this day, nothing gets you up and dancing faster. Hand wave and all.

And there you have it. A pre-planned playlist for when the ‘90s mood strikes. Enjoy it, friends.