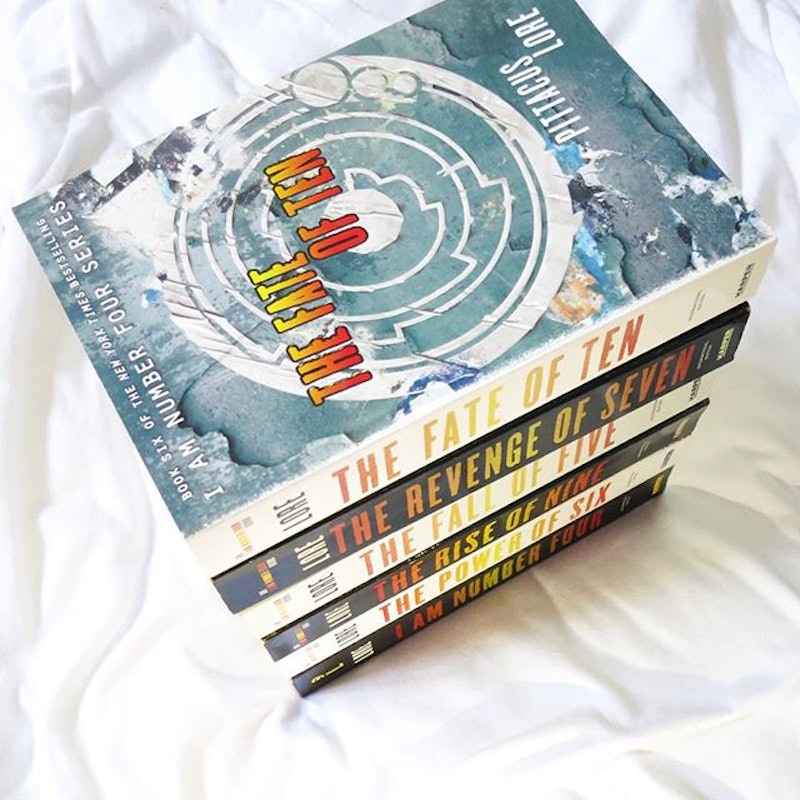 The higher power of literature has heard our collective dreams, and now we don't have to wait more than a year for the next book in Pittacus Lore's I Am Number Four series, officially called the Lorien Legacies series. United As One, the seventh book and the conclusion to the epic series is coming June 28, 2016 — but there's even better news. You definitely don't have to wait that long to get the first exclusive look at United As One's cover because we teamed up with HarperCollins to show you that right now. Commence squealing.

If you're not all caught up on Lore's books one through six, I suggest using the next eight months to tear through them. If you are, you're already probably already part of the rabid cult following of Lore's science-fiction epic about the battle for Earth. John Smith and the nine other super-powered Loric children are hiding out on the planet from the destructive Mogadorian alien race, and we humans are none the wiser. But now, the Mogadorians have invaded Earth, and it seems like they are winning. New York City, Beijing, Tokyo, Moscow, and New Delhi are all living in the shadows of warships, and no human armies have been raised to battle them. However, as human teenagers start to develop Loric powers, they join John and the rest of The Garde to ensure that the Morgadorians don't have the final say in what happens to their planet.

The series is written by the shadowy Lore, who is rumored to be a 10,000-year-old Loric alien sending us human readers a warning about the aliens living among us. (But, shh, it's actually author James Frey who is writing under a pseudonym.)

If you can look up for a couple seconds from your page-turning fervor, check out the exclusive cover reveal of United As One.

And here it is, up close in all its glory:

United as One by Pittacus Lore, $15, Amazon

As if we couldn't already be more excited for the final book in the Lorien Legacies. June 28 is officially triple circled in my calendar.