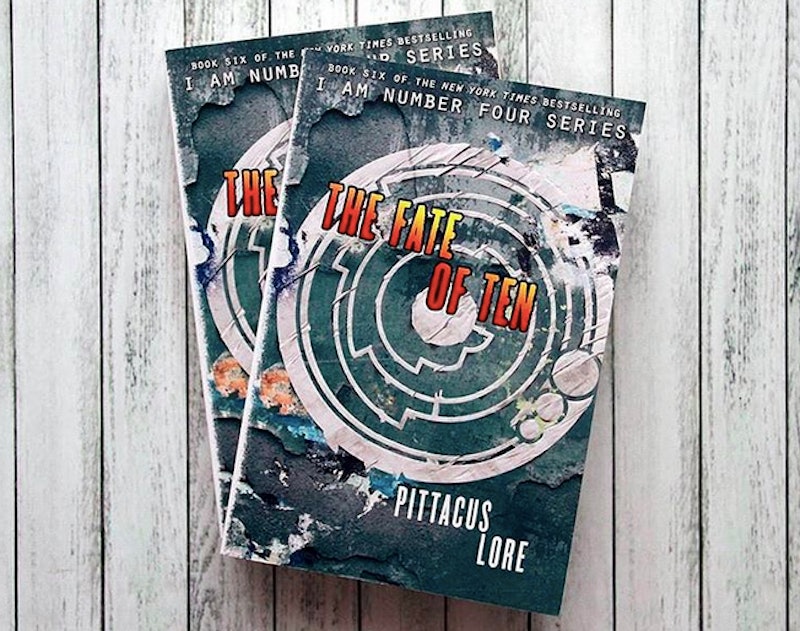 If you’re part of the massive Lorien Legacies cult following, you are probably furiously typing “When is the new Pittacus Lore book coming out?” into Google about a million times a day. If you’ve never even considered typing this sentence anywhere, then I’m willing to bet you’ve never even heard of Lorien Legacies, because if you had, I can promise you you’d be as hooked as the best of ‘em. Either way, it’s time for you to start (again) at the beginning of the series, because you’ve got exactly one year until the final Lorien Legacies book.

For those of you who have yet to discover the treat that is Lorien Legacies, it’s a YA sci-fi series told from the point of view of teenage aliens, who have sought refuge on Earth from an enemy alien race. Here’s hoping that if NASA’s recent water on Mars announcement means that there really is life out there, it’s the Loric aliens we’re about to meet — because the enemy Mogadorian aliens are not exactly friendly to humans.

So far, there have been six books in the series, all written by the mysterious Pittacus Lore. And who is Pittacus Lore? Supposedly, he’s a 10,000-year-old Loric alien himself, writing to warn us on Earth about the enemies living amongst us. Spooky. In reality, he’s actually a team of ghostwriters including James Frey and Jobie Hughes — but whether or not they did originate from the planet Lorien, I couldn’t tell you.

The penultimate book in the series, The Fate of Ten, came out at the beginning of September. Most hardcore fans have already devoured it by now and are clamoring for the next, but it’s a long time to wait. James Frey confirmed in January that there will be a seventh book, but that it’s not due out until Fall 2016.

A year is a long time to wait for a book. Who knows what could have happened by the time the next Pittacus Lore book comes out? Perhaps we really will have been invaded by Martians, and we’ll rely on Pittacus Lore’s advice to help us fight them. You never know.