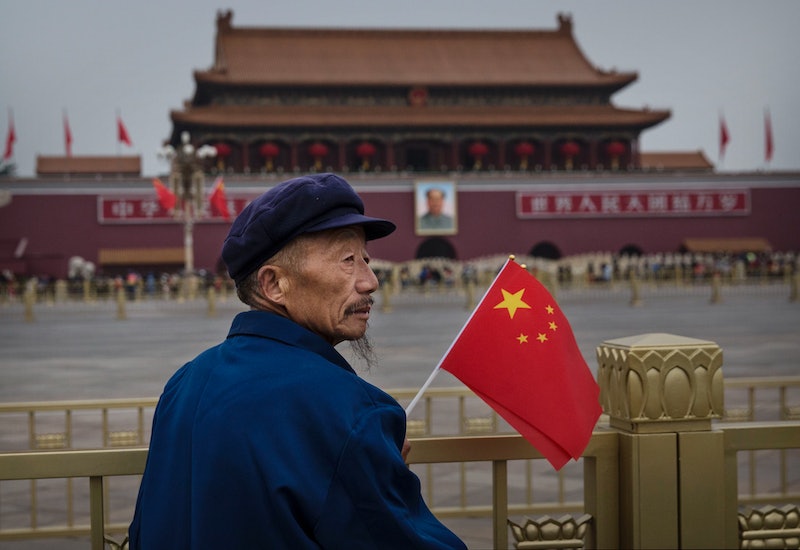 Forget to call your parents last weekend? Yeah, us too—so it's a good thing we're not in China, where a new law came into effect Monday ordering grown children to either visit their parents, or face legal penalties. Really.

As the country's elderly population explodes, China has struggled to meet the physical and financial needs of the ever-growing demographic. Familial relations have long been the cornerstone of the uber-traditional country—so why not, thought Chinese lawmakers, literally make everyone responsible for their parents' mental, physical and spiritual well-being?

Why not, indeed. The "Elderly Rights Law" declares that grown children whose parents are sixty-plus must visit their homes often, take care to ensure their needs are met, and "never neglect nor snub" their elders. Somewhere, a Jewish mother is taking notes.

This isn't the first time China has dictated the terms of the family model: in response to escalating birth rates, the country has strictly enforced a three-decade, notorious "One Child Policy." The recent legislation, lawmakers say, will be less harshly imposed. In fact, it's more for the sake of publicity and encouragement than anything else, one of the drafters told The New York Post. Chinese officials admit that since the new law doesn't deal with specifics, it would probably be very difficult to actually prosecute anyone based on it.

The duty to take care of the elderly is deeply engrained in Chinese values, but recent decades have seen the traditional family model fall apart. Retirement homes are far and few between, and expensive to boot; a spat of media stories about young Chinese folk abandoning the elderly has spurred this law/publicity stunt.

Estimates predict that by 2030, China's 178 million elderly population will double.