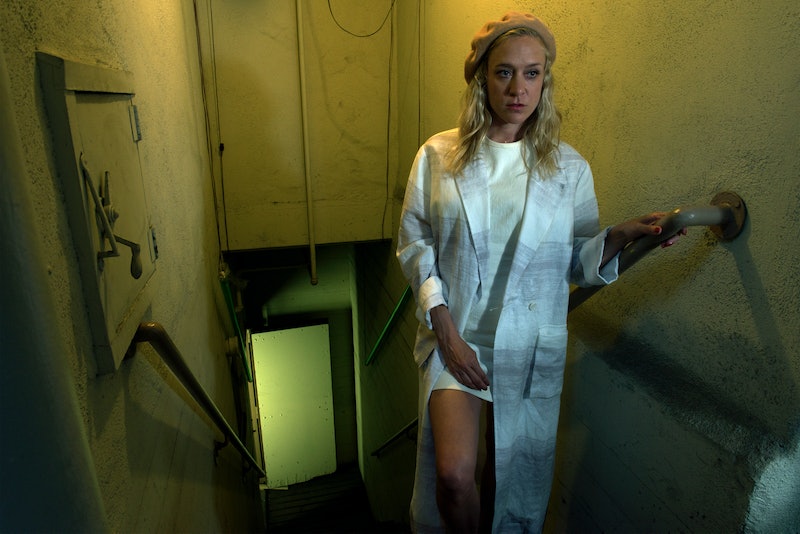 Know how people say that a mother's love is undying? Well, on American Horror Story: Hotel, Alex actually went so far as to sorta kill herself if only to become one of the immortals roaming the halls of Hotel Cortez. The Countess turned Alex into one of her vampires, so she could be with her son, Holden, forever.

As we've learned over the last few episodes, Alex and John's son, Holden, is not in fact dead. He was abducted by The Countess a few years back, and came to live at Hotel Cortez with her. Holden now refers to The Countess as his "mom," and no, that does not go over well with Alex. She follows him back to the hotel, and sees his creepy coffin bedroom. Alex is freaked out, because there's no way not to be freaked out when you come face to face with that. At last The Countess agrees to answer all her questions, and she does that and then some.

The Countess confesses to Alex that she's got a "blood virus" and Holden now has it, too. It makes them immortal. The Countess is willing to make Alex immortal, too, so she can be with her son forever. There's like, not even a second of hesitation with Alex. She is all for this. Returning back to the hotel later, she sucks some of The Countess' blood and passes out. When she wakes up, she'll stay awake forever now.

How Alex, the pediatrician, is OK with this, we will probably never know. But, it's all about that motherly love. She explained in the prior episode that she had this incredible bond with Holden, and when he disappeared a part of her did, too. It's not completely crazy for her to be willing to do anything to be back with him again. But, maybe becoming a vampire is a little too much. She's still got one child, Scarlett, back home. And what about John? John is trying take this whole hotel down, and now Alex has joined their ranks.

In the preview for next week's episode, "Room Service," it appears as if Alex is back at work at the hospital. She's also craving blood. This is not going to be a good mix...