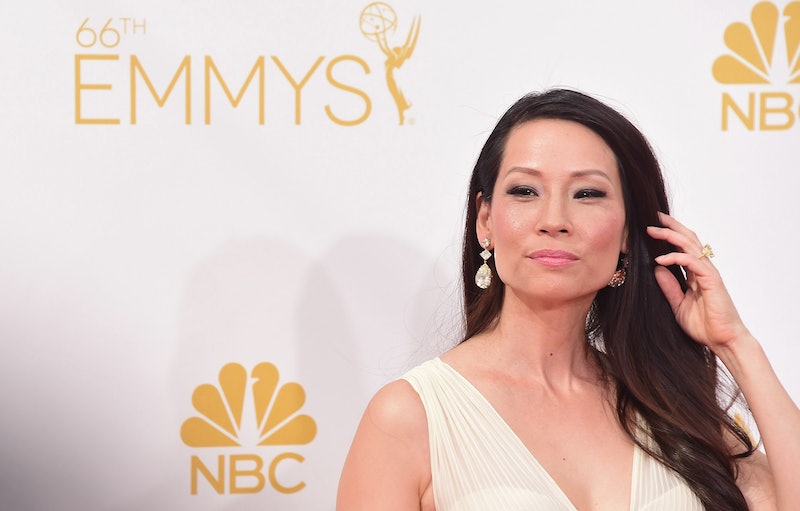 There's lots of talk about diversity in Hollywood right now — and with good reason. We need movies and TV to look like the world we currently live in, and that will never change. It's 2015 and there really shouldn't be any excuses for whitewashing. Fifteen years ago, actress Lucy Liu was cast in the 2000 remake of Charlie's Angels and, as a half-Asian woman, it meant a lot to me to see an Asian actress as one of the titular Angels. I always thought it was the coolest, and now, as the film celebrates its 15th anniversary, I'm realizing just how important this casting was.

When the movie came out, I wasn't head over heels in love with it. I was 18 when the movie was released, and I thought it was kind of corny, but hey, at least it emphasized girl power and feminism. But more importantly, it gave Liu a chance to shine on the big screen. But I was a little nervous about her taking the role. When I first watched the film, I braced myself for the introduction of Liu's character Alex Munday, figuring she'd likely embody a bunch of Asian stereotypes: Good at math, owns a dry cleaners, plays violin, has a Tiger mom who wants her to be a doctor, is a bad driver, and is taciturn. It turns out Alex was a total overachiever, a badass, and good at math — but to my surprise, Alex was also good at everything else, including defusing bombs, dancing ballet, and working with NASA.

Plus, Alex was portrayed as the daughter of a white father and a Chinese mother — just like me! I grew up in Queens, N.Y., as the product of a Chinese mother and an Italian American father. In addition to being a mixed kid, every public school I attended in the borough was racially diverse, but when I came home to watch my beloved TV shows, no one looked like me or my family. As a kid, I thought this was just the way it was, so all of the scripts and short stories I dreamed up always starred Caucasian characters — because that's what I thought TV and movies wanted.

As I grew older, all of that finally began to change. In the late '90s, Liu had become a breakout star due to her role as Ling Woo on Fox's Ally McBeal, and she soon became one of the most recognizable Asian actresses my generation would know. But finally, more actresses joined her: Crouching Tiger, Hidden Dragon's Ziyi Zhang, Mindy Kaling, Olivia Munn (who is half-Chinese), Maggie Q (who is half-Vietnamese), and Pretty Little Liars' Shay Mitchell (who is half-Filipino), among many others. And I'm happy to say that I'm still writing — and all of the characters I dream up are written as color-blind — they're not necessarily white, but they're also not used to promote any token roles or stereotypes, either.

Obviously Hollywood still has a long way to go. Earlier this year, How To Get Away With Murder star Viola Davis became the first black woman to win the Emmy for Outstanding Lead Actress in a Drama, and addressed Hollywood's lack of diversity in her acceptance speech. "The only thing that separates women of color from anyone else is opportunity," she said. You cannot win an Emmy for roles that are simply not there."

And here's hoping those roles start getting there.

More like this
Sandra Bullock, Girlboss Extraordinaire
By Matt Harkins & Viviana Olen
The 'Hocus Pocus' Sequel Finally Has A Release Date & It Makes Total Sense
By Shannon Barbour and Radhika Menon
What Does Doctor Strange’s Third Eye Mean?
By Arya Roshanian
9 Films About Mental Health To Watch On Netflix UK
By L'Oréal Blackett and Sophie McEvoy
Get Even More From Bustle — Sign Up For The Newsletter