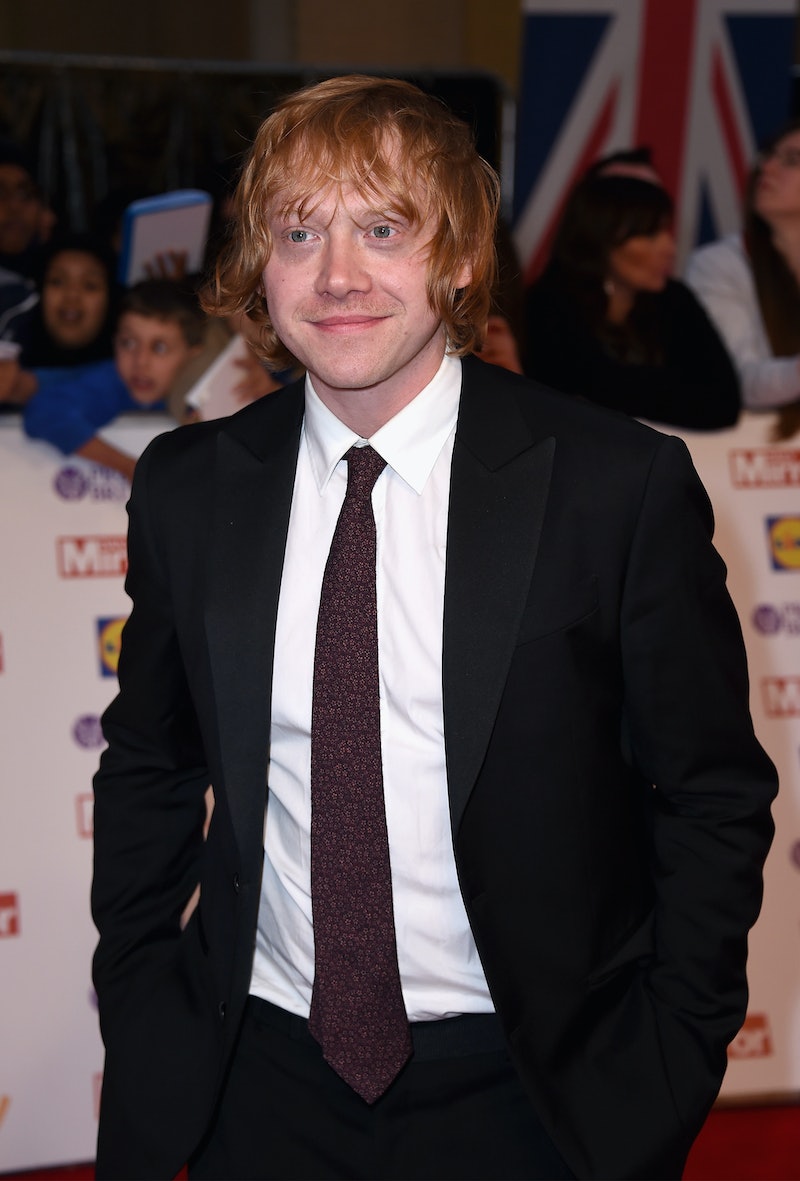 I'm not at all ashamed to admit that I've had a crush on Rupert Grint since approximately 2005, around the time Harry Potter and the Goblet of Fire was released. I have a soft spot for gingers, and his awkward and bumbling approach to playing Ron Weasley in the wizarding franchise was perfect for the role, so I thought he was cute (and I know I'm not alone). And while Harry Potter is the reason we're lucky enough to know who Grint is, now that the series has finished, it's been great to following his adult acting career, as well, to see what sort of projects he's drawn to and what else he ends up doing. It turns out, he may just be ready to head back to the fantasy world, as NBC ordered a pilot for a comic book drama starring Grint this week, and the premise sounds amazing.

According to Deadline, the currently untitled drama comes courtesy of Secrets & Lies producer Aaron Kaplan and Ugly Betty creator Silvio Horta, and stars Grint as a comic book-obsessed office worker. In particular, Grint's character loves a series called Imperial City that his father created years ago, before his death. He believes he has all nine volumes, but then finds out there's a secret tenth volume and that the universe within Imperial City is real. Oh, and not only that — Grint's character is the only one who can save it. If that doesn't sound like an amazing premise for a TV series, I don't know what does.

At the moment, the show has a put pilot commitment, so its future remains uncertain and we may not actually get a full season, or even more than one episode. However, with a premise as promising as this, it seems unlikely that it wouldn't take off pretty much immediately and carve out its own niche on primetime TV. After all, there's currently nothing else on TV (that I know of, anyway), that's anything like it, and as a fantasy and comic book lover who's definitely not alone in that passion, I know it's certainly a welcome addition to the small screen.

This isn't the first time Grint is going for a comic book-based show. He previously appeared in CBS's Super Clyde, about a comic book lover who stumbles upon millions of dollars and wants to use it to make the world a better place. Frankly, this premise sounds even better for me, and I'm so here for it. Let's make this one happen!