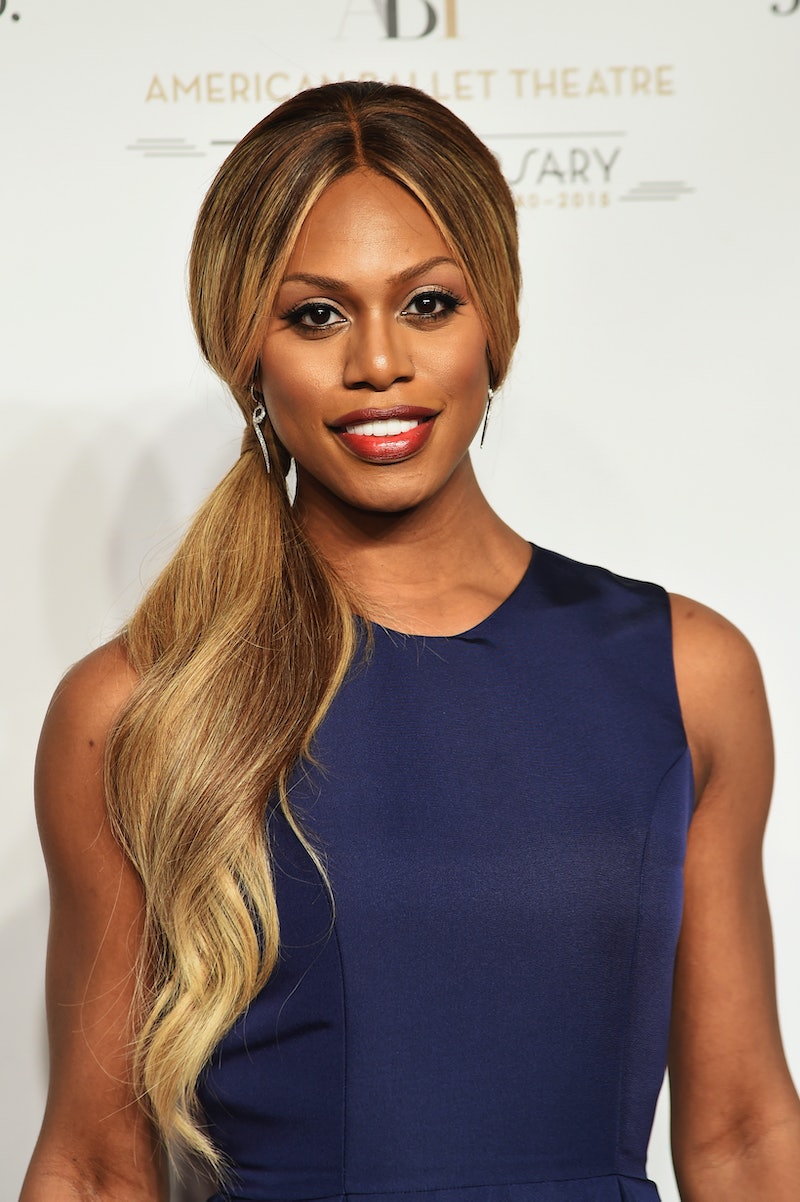 There may be a new amazing team of gender equality activists working together. Laverne Cox shared on Twitter that she is cultivating ideas for a new online feminist campaign. Of course, that in and of itself is awesome, but what makes it even more awesome is that she may not be alone in her big plans. Laverne Cox revealed she is "hashtag brainstorming" with Emma Watson, another amazing feminist advocate.

Watson has yet to tweet anything about the hashtag, so it is unclear as to whether the two are actively teaming up for a project. But it sure seems like they may be trying to spark a new gender equality conversation on social media by simultaneously zooming in on encouraging alliances with men and the problems with patriarchy. If this is the case, then feminists everywhere should be jumping for joy at this collaboration. Read on to see some of the reasons why this collaboration would be so awesome.

It's simple math. Double the platforms means double the exposure. Both ladies have an incredibly large following tuning into what they have to say.They both have expertise in making people care about causes and encouraging others to share about them on social media. Remember how Watson got the likes of Harry Styles and others on board for her #HeForShe solidarity movement online? And remember how Cox touched countless individuals with her #TransIsBeautiful campaign? If these two team up for a campaign, the trending is all but imminent.

This is a wonderful opportunity to celebrate inclusive feminism. With Cox on board, this campaign would showcase the importance of expanding the cause for women's rights to include women in the LGBTQ community as well as women of color. After all, Cox has been all about inclusivity as a very vocal and public trans woman of color herself. And considering Watson has demonstrated that she is quite aware of her relative privilege to other feminists and wants to use it to promote equal rights for everyone, this sounds like a cause that would be right up her alley.

The cause itself in progress of #ILoveMenButHatePatriarchy would be a wonderful opportunity to increase the idea of solidarity between people across genders and outside of the gender binary in the fight for equal rights. Jumping off of the #HeForShe campaign, this campaign would fight back against the stereotype that feminists hate men and want women to be superior. It would emphasize the common goal of equality, which, really, everyone would do well to be behind.

Ever heard of the saying "Empowered women, empower women?" Well, this saying could not be more applicable here. It is hard to think of more well-known empowered women out there than Watson and Cox. But they are human like the rest of us, and sometimes need support. If they were there to lift each other up, that just might be the extra push to keep moving forward no matter what. And just think how inspiring that would be to women all over the world. It'd be a chain reaction of empowerment.

I don't know about you, but I'm keeping my fingers crossed that Cox's words on Twitter do, in fact, point to a larger project. Because that larger project would be all but unstoppable. And that's exactly what feminists need right now.