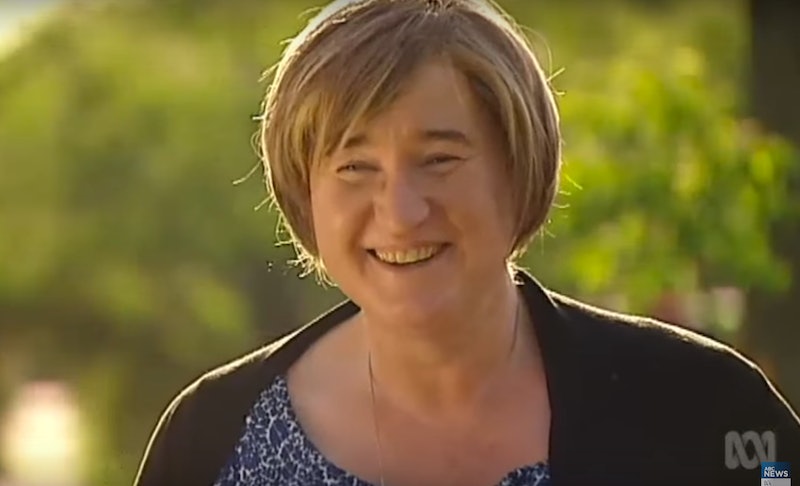 Coming out as transgender to a parent is bound to be an emotional, nerve-wracking process for anyone, but Tina Healy, a transgender woman in Melbourne, Australia, faced a unique challenge when she came out to her family and friends three and a half years ago. Because Tina’s mother suffers from dementia, which causes memory loss, the transgender woman has had to come out to her mother hundreds of times. Fortunately, Tina’s mum has reacted the same way every time: With great acceptance and love.

Tina explained to Australian network ABC that she wasn’t sure at first how her mother would respond to her transition, saying, “My Mum has dementia and quite a few of my family were concerned about what would happen if I came out to Mum, whether she might be too stressed to handle it.” However, when the moment finally came, Tina’s mother reacted beautifully. Tina recounted,

[W]hen I eventually came out to Mum, I did it early in the morning and she listened. I kept it very simple. And she said — at the end of it, she said, “Well,” she said, “What do you know?” She said, “I’ve got a beautiful new daughter.” And she said, “Come here, love.” And I cried on her shoulder….

Because of her dementia, Tina’s mother doesn’t remember what Tina has told her over the long term. Tina explained,

I go and see Mum every few weeks and she's forgotten each time, and every time I tell her again, she gives me just the same beautiful reaction that she did exactly the same, almost word for word every time. I'm kind of the luckiest one of all because I get to come out to Mum 100 times a year, and every time, she's beautiful.

Tina told ABC that she was worried about what would happen when she came out as trans three and a half years ago, recalling, “I was really worried about my family breaking up if I came out.” However, she’s found that coming out has had a major positive impact on her life, saying, “I can be myself. I'm not as anxious anymore. I don't worry as much. I'm much more peaceful and calm. I'm happy.”

Tina is close to her four adult children. Her daughter, Jessica Walton, has even written a children’s book, Introducing Teddy , about a transgender teddy bear who comes out to her best friend. The book has been funded through a successful Kickstarter campaign.