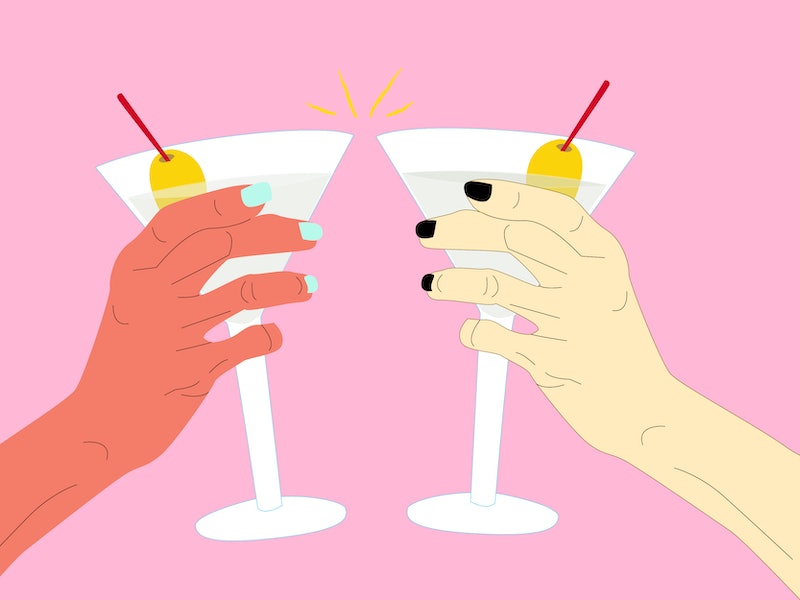 If you've ever set foot in a bar — and if you're reading this, I'm assuming you have — you're no doubt aware that people love to consume alcohol and nicotine at the same time. The question why drinking and smoking go together has baffled people for decades, even as they participate in it; according to research, as many as 90 percent of alcoholics are also addicted to nicotine. People who drink more tend to smoke more, and the reverse is true as well. In fact, the two activities are so closely linked that no-smoking laws actually decrease drinking in the surrounding area, even though alcohol is still totally legal. (American lawmakers learned their lesson about banning booze after Prohibition.)

Researchers have put forth several theories explaining the link over the years, from environmental to psychological to genetic factors, and recently, a new study from the University of Missouri School of Medicine sheds light on another aspect: the drugs themselves. The study's lead author, Mahesh Thakkar, has previously published research showing that nicotine and alcohol, when used at the same time, actually increase activation of the reward pathway that makes drugs so addictive. Basically, they're like Leslie Knope and Ann Perkins: They both function when they're apart, but together, they feel a million times better.

(It should be noted that this also makes them deadlier, because these are drugs we're talking about. Alcohol and nicotine are not a good combination for your body.)

This year, Dr. Thakkar is back with yet more research on the subject. It's a well-known fact that alcohol makes you tired, which led his team to hypothesize that nicotine's stimulant properties would suppress the sleep-inducing effects of alcohol. Using electrodes, researchers recorded sleep patterns of rats who were given alcohol and nicotine, and sure enough, the results showed that nicotine acts on our brains to counteract sleepiness.

Unfortunately, this means that we're more likely to drink more as a result — why stop drinking if we're not tired? "If an individual smokes, then he or she is much more likely to consume more alcohol, and vice-versa. They feed off one another," Thakkar explained, according to Science Daily. In fact, research consistently shows that nicotine and alcohol abuse are linked, which is associated with numerous health risks. Both drugs increase risks for certain cancers on their own, but together, they're known to put people at significantly higher risks for those related to the mouth and throat. Oh yeah, and they make you dramatically more likely to develop cardiovascular disease and potentially trigger schizophrenia.

Basically, drinking and smoking might seem super cool at the time, but is it worth lugging around an oxygen tank for half your life, or any of the other future consequences? It looks like all those old PSAs had a point after all. Who knew?