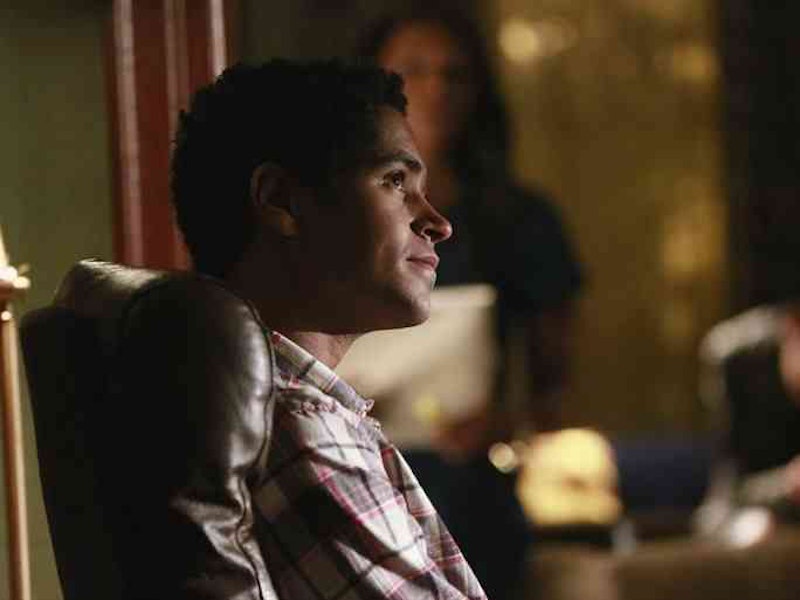 As Season 2 develops, we're learning more and more about the How to Get Away with Murder characters' past. We know Asher did something shady at Trotter Lake, Bonnie was molested by her father, and now, we're hoping to learn about Wes' past on HTGAWM . On upcoming episodes of HTGAWM, Armani Jackson plays young Wes in flashbacks, which suggests that we'll finally be able to piece together Wes' relatively mysterious past. As of now, fans of HTGAWM don't know too much about Wes'. But what we do know is that he comes from a very dark childhood, so expect these moments to be heavy.

Like some of his coworkers, Wes' childhood was not an easy one. Wes' father was out of the picture and his mother killed herself when Wes was only 12. Besides that, there's still a lot of questions about Wes' past that Jackson's appearance on the show will hopefully answer. This isn't the first time Armani Jackson has joined a Shonda Rhimes show. The young actor was also involved in a multi-episode arc for Grey's Anatomy in Season 10. According to The Hollywood Reporter, Jackson's role is recurring, which bodes well for those blank spaces in Wes' history.

But what can fans expect to understand about Wes with a younger version of him appearing in flashbacks?

Someone From Wes' Past Returns

With Wes' mother deceased, maybe his dad comes back into his life. If Wes is thrown back in time, mentally and emotionally with a new arrival on the scene, it could be a great time for HTGAWM to dive into Wes' past.

Wes & Annalise's Past Relationship Is Exposed

There's something going on here. I don't care what anyone says about it. We know that Annalise has taken a fondness to Wes, but there's no explanation to why. There's been speculation that these two have known each other before Wes got to law school, which perhaps could be revealed in a flashback.

His Childhood Will Tie Into A New Case

Every new case that Annalise tackles is sure to brew up emotions for those that work on the case with her. If Annalise takes on a case that reminds Wes of his past — whether it be his father, his mother's death, or something else we don't know of yet — young Wes might make an appearance.

Wes Has Lied About His Past

Although it would be very troubling to learn that Wes made up his past, it wouldn't be completely shocking. These characters are completely unpredictable, and it seems par for the course that a huge character revelation could come out in a flashback of Wes' childhood.

For a refresher on Season 1, watch Bustle's drunk recap below: