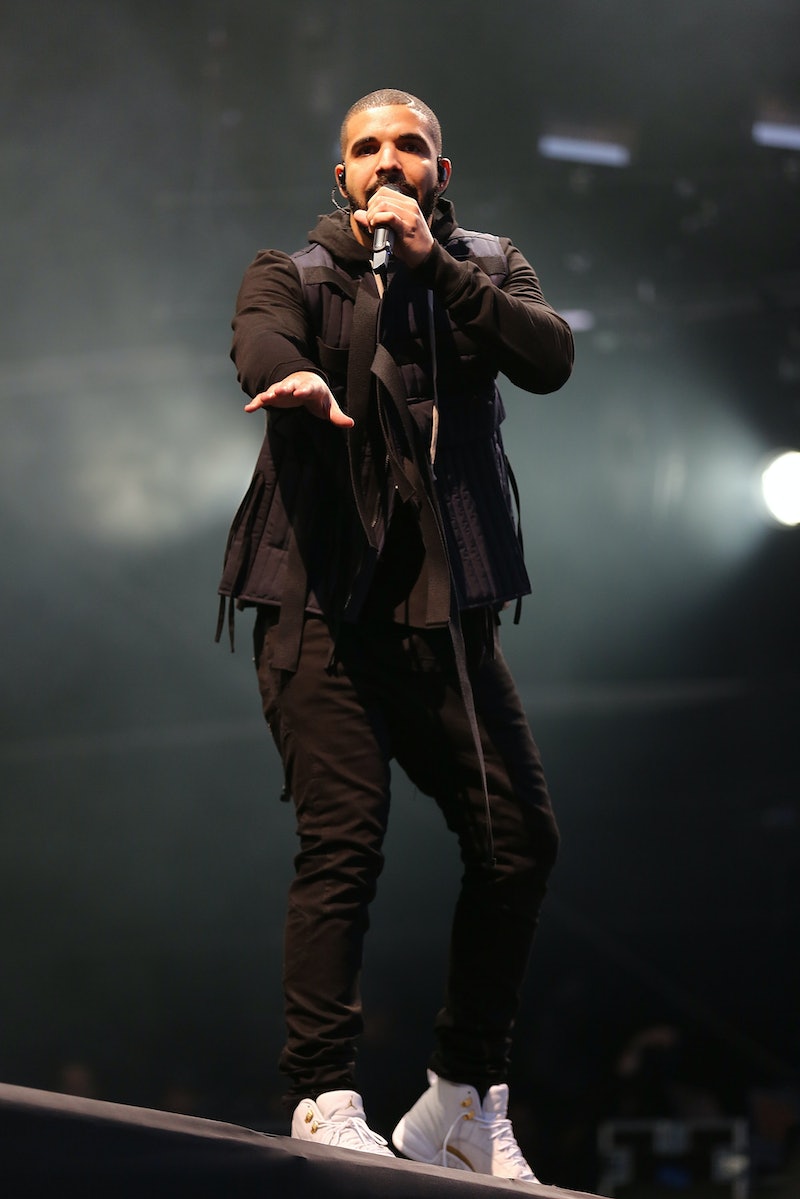 Can someone check on Aubrey Drake Graham? Make sure he's doing OK? On Thursday, Us Weekly reported that Serena Williams is dating someone who is not Drake. Reportedly, one of the greatest athletes in the world is dating the bro-est of tech bros, Reddit co-founder Alexis Ohanian. Drake, are you OK? How are you feeling missing out on what could've been the greatest love of all? When's the last time she called you on your cell phone?

According to a source, Williams and Ohanian "met at a lunch" and "it's new." While the tennis star and Drake were never confirmed to be dating, they were spotted out together in August of this year, and the rapper has for a long-time seemed to harbor a crush on her. (Did you see that video of the two of them smiling hugely at each other, enamored, on the tennis court?)

Knowing Drake, he's probably feeling a lot of emotions right now. I mean, it was just his 29th birthday, and he's on top of the world as a living meme. Williams really seemed like The One for him. Without love, what is success? I hope he's cuddled up in his favorite turtleneck right now. Is he heartbroken? Is he upset? Was it possibly his fault? To err is human, and Drake is human, after all. And as the saddest rapper in the game, I'm sure he's letting himself feel all the feels.

Initially, after reading the news that Williams is dating this Reddit guy, I was struck with alarm. "I hope someone is giving Drake a hug right now," I thought. He is prone to sadness, but he has searched for so long for a girl who gets him, and it seemed like he really had that with Williams, you know? They could talk about being successful in America, experiencing racism, sneakers, and just how much they loved to kiss each other. Now who will he talk to about his deepest fears and insecurities?

I would be! Drake usually doesn't get mad unless he has a reason, but Williams ditching him?! Is Drake sitting in the studio right now, trying to bang out Views From The 6 (where is it?!) full of ire? Does he want to fire diss verses at Reddit? As we know, Drake tries to be aware as possible of the ills of the Internet: "F*ck going online, that ain't part of my day." It's gotta hurt if Williams is dating someone who works in the Internet biz.

Is He Questioning His Self-Worth?

"What do I have that he doesn't?," Aubrey might be asking himself. NOTHING, AUBREY. To me, you are perfect.

Is He Crying To His Mama?

Nothing wrong with that. Sandy Graham probably caught wind of the news that Williams was with someone else before her baby told her. She must have a Google alert for her son, after all. "It's better to have loved than lost," I imagine her saying as she cradles her little Aubrey to her chest.

Is It His Own Fault?

Look, as sweet as Drizzy is, he also has a lot of faults. I know the smooth flavor of "Hotline Bling" is infectious, but let's not forget that it's a song about Drake being salty that a girl he left is doing well without him. Even though I adore Drake, he still has a lot to learn. Maybe he drove her away with his worst behavior.

Is He Chill With It?

Nah. Honestly, there's no way that Drake is OK with this. I'm thinking of you today, Drake. Take some time to take care of yourself. Write some sad songs about it. Feel all your feelings.