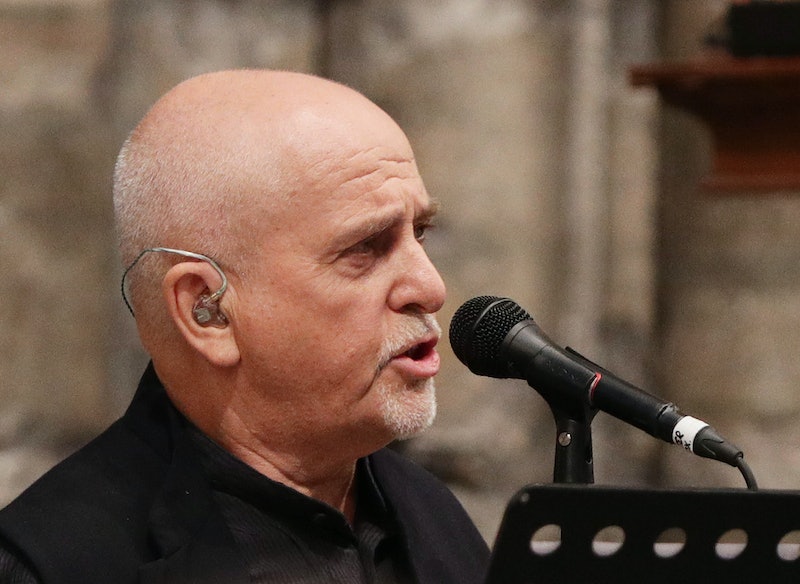 Four years ago, Genesis front man Peter Gabriel began work on a really cool concept album. His idea was to create a new kind of cover album, a two-part tribute to himself and some fellow musicians. The original plan behind the project was for Gabriel to record his own interpretations of songs by a select group of artists and then get the same artists to cover some of his songs. On the 2010 record Scratch My Back, Gabriel accomplished the first half with orchestral tributes to David Bowie, Lou Reed, Regina Spektor, and others. He hoped to release the companion album And I’ll Scratch Yours simultaneously, but due to a few artists bailing on him last minute, it was postponed. A lot. As in, it was only released here in the U.S. on Jan. 6.

Without the unfortunate delay (and a more cohesive collection of musicians), the album would have been a lot more compelling. Don’t get me wrong — some of the covers would have been fantastic if they were on the performing artist’s album instead. However, the fact that no one on the album really knew what anyone else’s song sounded like gave it a very clunky feel. Nothing really made sense together; I mean, how could a Randy Newman song ever be expected to transition right into an Arcade Fire one?

But let’s not dwell on his misfortune and instead focus on the fact that this was such a cool musical experiment. Covers are tricky for any musician because you have to strike the right balance between paying homage to the original and making the song your own. By aiming to cover songs by big names like Bowie and Young, Gabriel challenged himself as a musician; for someone who’s been in the business since 1969, that’s important. His versions often dramatized the original songs with layered string arrangements and enigmatic vocals. The singer extended the challenge to the other artists. Luckily though, it didn’t come off as a forced tribute album. It was clear that the musicians involved respected Gabriel’s work and actually put effort into their interpretations. Needless to say, some were more successful than others.

Regina Spektor’s version of “Blood of Eden” strips down the original in the best way possible. The simple piano accompaniment and tasteful male harmonies gel perfectly with Spektor’s pure voice. Though she abandoned the world-music feel of Gabriel’s version, she makes up for it through the delicacy with which she approaches every musical endeavor. It doesn’t sound like anything is missing from it, proving an effective execution on Spektor’s part. What’s more, the song’s literary allusions make it the ideal one for her to cover. It’s a writing technique she’s completely familiar with from her own music, which surely made it easier for her to connect with the lyrics.

Another great track is Lou Reed’s cover of “Solsbury Hill.” First of all, it’s amazing to hear from Reed again after his passing this last October. Secondly, he made the song so much cooler like only Lou Reed could. With heavily distorted guitar arpeggios in the background and a thudding drumbeat, he took us far away from the folky spiritual romp that is Gabriel’s original composition. The sheer weight of the instrumentals and Reed’s drowsy speech-singing give the song a thorough makeover. Yet, the droning quality still works well with the song’s lyrics, which speak of a mystical experience Gabriel had atop a hill in England. It’s pretty haunting to hear Reed sing the last bit considering what we know now:

I'll tell them what the smile on my face meant

'Hey' I said 'You can keep my things

They've come to take me home.'

The major disappointment of the album was the seventh track, Arcade Fire’s synth-filled cover of “Games Without Frontiers.” I’m not the hugest fan of the Gabriel’s version either, but the strangeness of the music at least feels authentic in the original thanks to Gabriel’s Bowie-like vocals and eclectic choice of instruments. Arcade Fire’s cover is an industrial-techno remix, which isn’t all that mellifluous to begin with and doesn’t sound cool, either. The reverb and airy back-up vocals merely detract from the rhythmic variety in the song.

Regardless, as an experiment in collaboration and musicality, And I’ll Scratch Yours is quite interesting. Although it seems haphazardly thrown together, it is new and different, which sets it apart from some of the albums being released by other rock veterans. The likelihood of Gabriel doing it again is unlikely, considering the troubles he faced with getting other artists to record his songs. However, if there is a next time, he would probably iron out some of the flaws of this one and develop a more consistent sound — it would end up being a pretty awesome album.

More like this
Twitter Is Freaking Out Over Rihanna’s 2023 Super Bowl Halftime Show Announcement
By Stephanie Topacio Long
Even If She Tried, Beth Ditto Couldn’t Stay Away From Music
By Ivana Rihter
Everything To Know About Taylor Swift’s 10th Studio Album, 'Midnights'
By Grace Wehniainen and Jake Viswanath
What Demi Lovato Really Thinks About Child Stardom, Depression, & Sobriety
By Radhika Menon
Get Even More From Bustle — Sign Up For The Newsletter