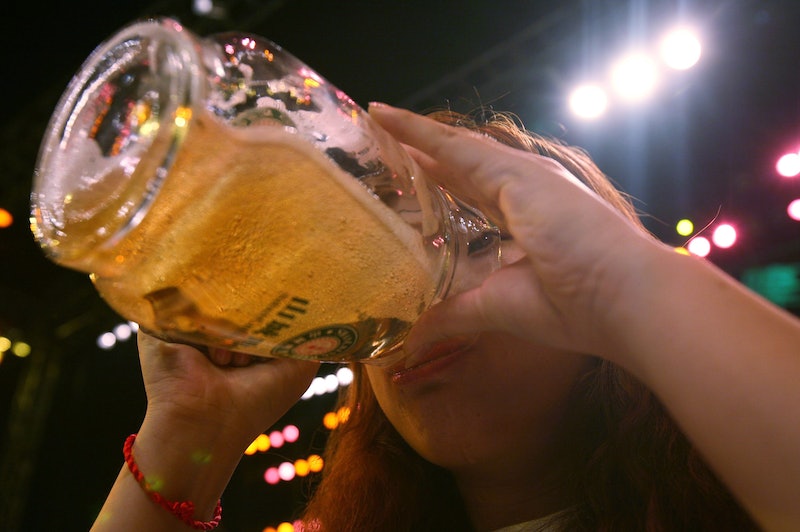 When it's time to schedule that yearly checkup, doctors are pretty keen to talk about a bunch of things: blood pressure, cholesterol, exercise. The thing they tend to miss? Alcohol. For most patients, little to no mention of their drinking habits past makes it into the chat.

As medicine becomes more aware about the lifestyle factors that play a role in physical and mental health, it seems that health professions have yet to catch up in really addressing their patients. For example, doctors don't really talk to teens about sex, nor to adults about alcohol, even though about a tenth of the U.S. population drinks too much.

Only one of six adults and one of four "binge-drinkers" have discussed their drinking habits with their physicians, according to a new CDC study — even though having The Chat is recommended for all adults. Binge-drinking is defined as four or more drinks in a two-to-three hour session for women, or five in the same timeframe for men.

But those numbers could go down under Obamacare, which includes alcohol screening and counseling as part of insurance plans — two things that can help patients decrease consumption by up to 25 percent during happy hour. And counseling need not be, say, a stint in rehab, but some friendly advice. Like, "Hey, maybe a bottle of wine each night isn't the best idea."

The CDC statistics showed that college-age kids drink the most quantity-wise — knocking back an average of nine drinks in a session, because college! — but it's older folks who binge-drink most often, at about five to six times a month. And it's not all fun and games: binge drinking carries with it more than 54 associated health risks.

Young or old, Natty Light or brandy, the amount America's drinking isn't great: It causes a related 88,000 deaths per year, and runs up a medical tab of $224 million, according to data from 2006. Also, in a scary, this-isn't-Mad-Men statistic, only 17 percent of patients said their docs discussed with them the issue of drinking (well, not drinking) while pregnant.

At the moment, the CDC recommends that women have no more than one drink a day.