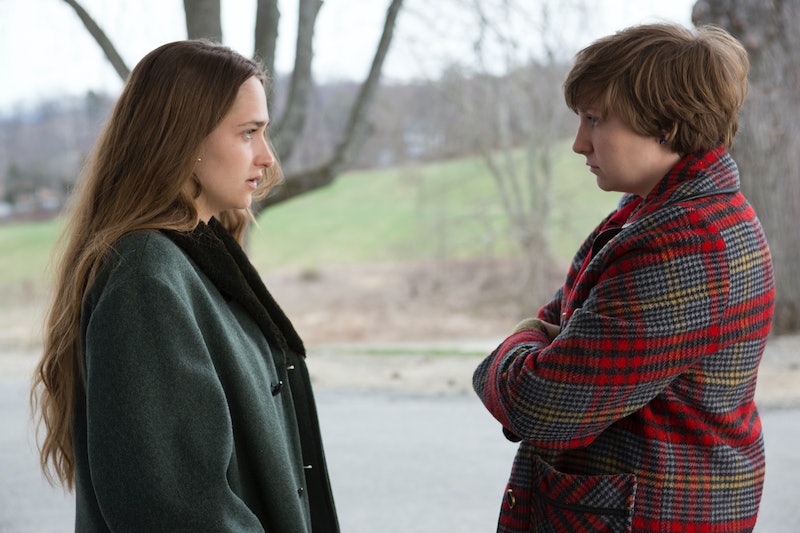 Many of us, when it comes to going to college, leaving college, marrying, or starting a family — the major life changes in a young person's life — can face tough decisions about "moving on" from friendships left over from old periods. Is it really worth the effort to keep up a friendship with that girl from grade school now that you're at college on the other side of the country? Will the single lady you once partied with understand when you're spending 16-hour days climbing the career ladder? It can be incredibly tempting to just let old, outmoded friendships die, like that house plant you promised would flourish but now seems to be gently rotting. But what if you still want to save a fading friendship?

Of course, "friends forever" doesn't have to be a thing. There are certain people who do suit certain stages of our lives better than others; the people we're forced to meet, like schoolmates, tend to play second fiddle to those whose association we choose, like college friends. But it's not fair to just let friendships slide because you don't feel like making the effort — particularly because friendships, like many things, can actually evolve with both of you, rather than remaining stagnant. It just takes a bit of work.

Are you ready to get into friendship boot camp? Pull on your "friends forever" shoes and let's get working.

It can be tempting and easy to just go back into old patterns immediately — playing video games you loved together, going shopping at the same old stores, doing marathons of the old TV shows — and that can be a really important part of your history. But you also need to update your time together so that it corresponds with your current and evolving interests, not just your old ones. Fortunately, you can build on old ideas: movie nights can turn into movie trivia at a bar, clubbing can turn into late-night cocktails like fancy grown-ups. Things need to evolve to survive.

A few nods on Facebook every now and then may seem like you're maintaining a real intimacy, but it's a false image if it's not done regularly or with meaning. Social media creates the illusion of closeness; if you really want to keep up the conversation, make sure you try to see them in person, or, if that's not possible, get on the phone. Hell, write a letter; when I was half a world away from one of my best friends, we wrote letters all the time, and now she uses them against me in conversation occasionally.

Two friends of mine, who as far as I can tell are sisters from different misters, watch movies over Skype together. Others go to the same live screenings of movies or plays in different parts of the country, and talk about it afterwards. You can make the world's interconnectedness work to your advantage if you're separated by distance. And if you're not, it just makes it easier to plan to see them in person.

4. Make It Clear You're Making Time For Them

Give them your time. Don't allot them a low-status, stressed time period if you're meeting up (between two lectures, or five minutes after lunch before a meeting): upgrade them to a prime slot in your schedule. Make an effort, and set aside time for phone conversations, adventures, even vacations together. Your gift of time will come across as a compliment, and as proof that you appreciate them.

One of the best things about friendships is the traditions they can produce: going out on Thursday nights to get half-price tacos, yelling about the same movie when it comes on Christmas TV every year, and so on. So get yourselves some new ones. They can be completely silly or spur-of-the-moment — walk their dog! Make cupcakes with their kids! Start a How To Get Away With Murder weekly viewing party, or a curry night! — but they provide structure and a regular meeting time.

6. Have Honest Conversations About Old Patterns

Look, if something in the relationship needs to change for it to survive, don't just sit on it. Look into it. Are you being an assh*le and expecting them to "grow up?" Do they not make the same sacrifices you make, or is either one of you liable to lean on the other and exhaust them? Friendships that last need to be able to handle talking about this stuff by talking honestly about it.

7. Integrate Them Into New Groups

This part is hard, and is the most likely to go wrong, so be warned. But if you've got a group of great friends from another venue of your life, try to get your old friend involved. See if you can find a point of commonality. And no, you aren't obliged to make them gel; that's stressful, as anybody who's ever hosted a giant party with many different friendship groups will attest. But bringing them into stuff that newly matters to you can be a signal that you want them in your life.

8. Make Room For Their Changed Circumstances

They can't afford to come out any more because they're saving to go back to school? Their new partner is taking up a lot of their time? Their job has altered their usual schedule? Adapt — and get them to do the same for you. Resentment that things aren't the same as they always were is unrealistic; a friendship formed in a particular set of circumstances, like a relationship, needs to be able to grow out of those circumstances if it's going to survive. Look to your core values and how you have fun together, and reach a compromise on creating a new friendship style.

Look, here's some real talk: sometimes a friendship starts to fail because the other person wants it to fail. If they ghost out on you, start bad-mouthing you behind your back, don't show any interest in your life, or make you do all the work of getting together and having fun, they may be pushing you away. It sucks, and it might require a really hard conversation or email, but it happens. It's their right, even if they're not going about it in a very kind way.

I have had to let some very meaningful friendships go because their patterns were made in a time when I had a lot less self-esteem, and was more likely to be trampled on. Others just couldn't survive the transition to adulthood and maturity, no matter how much we tried. People grow up into different people, and sometimes those people don't gel together any more.

We need to rate the status of friendship as highly as we do relationships: for all the Sex And The City soulmate stuff, friendships are still seen, physiologically and emotionally, as intrinsically less important to a person's life than their partners. And that includes the serious impact of bad friendships, and the impact of a friendship break-up. But your social circle matters; if an old friend's behavior is causing you severe distress, you need to treat them like you would a partner, and break that sh*t off.