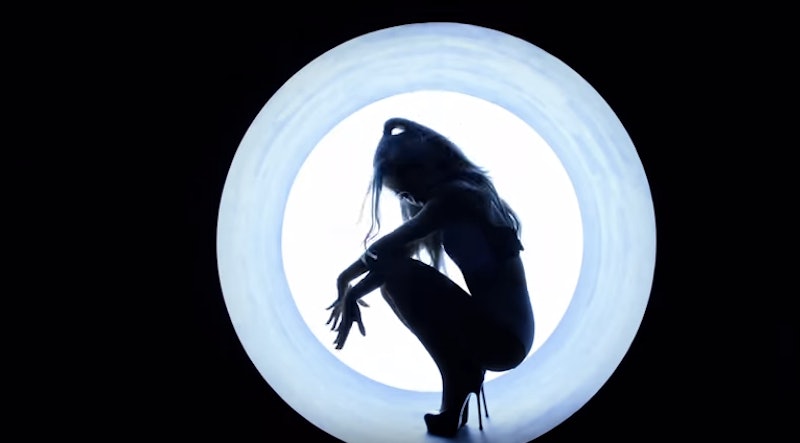 Another day, another pop starlet's music video that I need to sort through for clues to their personal life. This time, it's America's favorite donut-licker herself, who's got me wondering: who is Ariana Grande's new song "Focus" about? She released the song and its accompanying video on Oct. 30, about an hour ahead of schedule, and I've been bopping around the house to it ever since. It's very catchy, as we've come to expect from Grande at this point. But it also has that more serious message of asking someone — presumably a boyfriend — to pay attention to her, with lyrics like:

I initially had a suspicion that this song was about Grande's ex-boyfriend Big Sean, whom she dated for eight months before the two broke up in April 2015, and there are some clues in this chunk of lyrics that clinch it. There's the talking sh*t element, which really reminds me of his song about her billion dollar um... vagina, which Sean released shortly before his and Grande's breakup. And there's the hoping she'll look back element, which makes it clear it's a relationship from the past. However, I think the meaning of the song dives even deeper than just love or romance, past, present, or future.

When we dive a little deeper, the lyrics also support the idea that Grande might be talking to all of us, or, well, the media, with verses like:

I'm over here doing what I likeI'm over here working day and nightAnd if my real ain't real enoughI'm sorry for you, bae

These lyrics seem like a pretty clear declaration that Grande doesn't care one whit what we think about her, or what we have to say to tear her down, because she's going to do her. She's a hard worker, she's being herself, and, while she's aware that not everyone will like that, that's not going to stop her at all. And that, to me, is a more empowering message than reducing "Focus" to just being about this or that ex-boyfriend. The fact that "Focus" can work on so many different levels is part of what will make it such a huge hit.

So that's my theory. But, even if I'm wrong, the good news is that this track is crazy catchy, so if you need me, I'll be out on the dance floor.