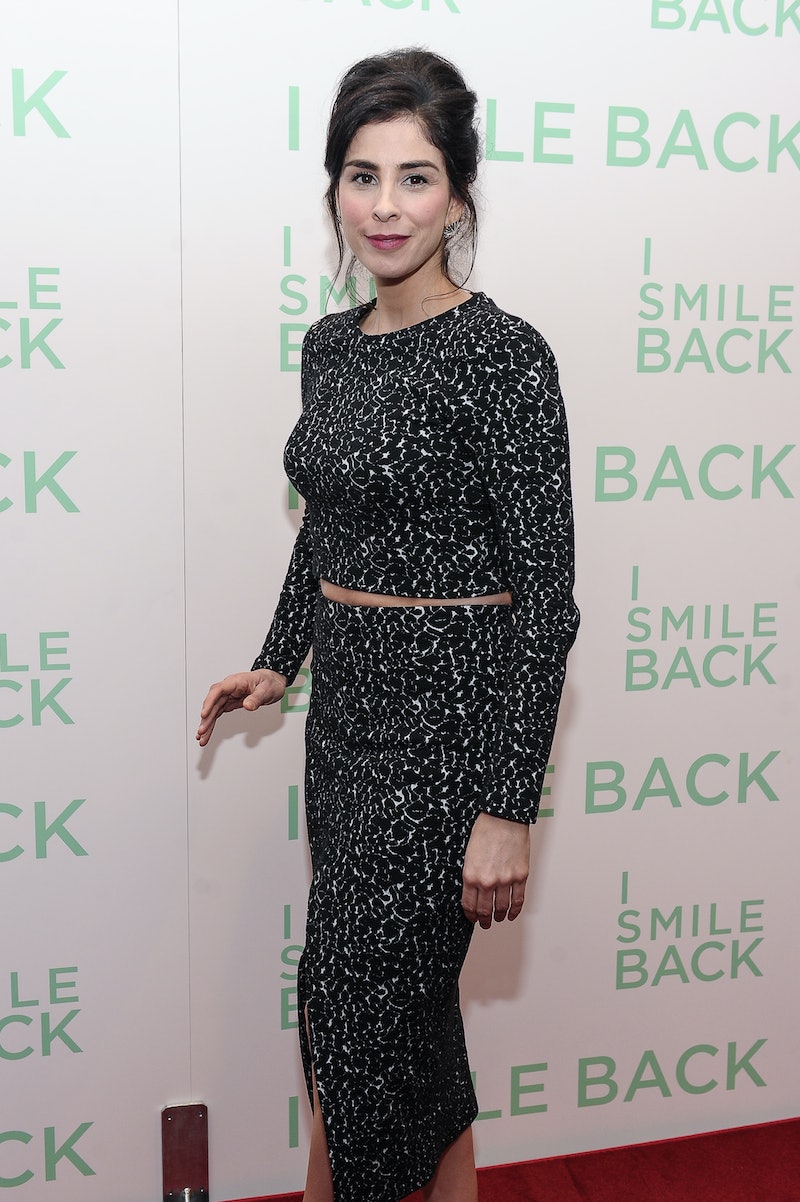 Sarah Silverman is known for pushing the envelope in her comedy, but it there is one instance from her past that she now feels like pushed things too far. As she revealed during an appearance of Watch What Happens Live on Oct. 29, Silverman regrets doing blackface on a 2007 episode of The Sarah Silverman Program. Of the episode, she said,

Me and the waiter in [a] restaurant, played by Alex Désert, switch [races]. I say it’s harder to be Jewish and he says it’s harder to be black and we switch for the day. And it’s really aggressively stupid and we’re both idiots. I’m in like the most racist blackface and he’s wearing paius and a yamacha and a big fake Jewish nose and he’s wearing a T-shirt that says "I Love Money." I tweeted it when Twitter was new and the people who followed me watched that show and it was from that show. Now it’s forever there and it looks... it’s totally racist out of context and I regret that.

Making this admission couldn't have been easy to do. It's tough for anyone to admit that they made a mistake. But it can be especially tough for a comedian who builds their career upon pushing social boundaries, as Silverman has. It is a good thing that she did come forward about her mistake, though, and for a number of reasons.

One big reason is the ugly history behind blackface in the United States. Modern day instances of blackface can be an extremely painful reminder of that history to many people of color, regardless of the intention of the person behind the offense. By acknowledging the episode as a mistake, it shows that Silverman seems to understand that intention does not change impact, which is really important here.

To jump off of that last point, Silverman does not appear to be making any excuses for herself for what she did in the past, which is also a great thing. To make excuses for herself would make it seem that she more regretted doing something like this because of how it makes her look, rather than showing that she learned from the mistake and understands the cultural context of blackface.

And finally, a more future-thinking reason why this acknowledgment is important is that hopefully her admission of regret will encourage other comedians who push the envelope with racial or otherwise stereotypical jokes to keep her regret in mind. That way, they won't repeat her mistake.

More like this
Grammys Host Trevor Noah Made Adele's Dream Of Meeting The Rock Come True
By Brad Witter
Pedro Pascal Barely Got Through The "Lisa From Temecula" 'SNL' Sketch
By Stephanie Topacio Long
Melanie Lynskey Plays A “Ruthless Leader” In 'The Last Of Us'
By Brad Witter
Keyla Monterroso Mejia Is Finally The Star Of The Show
By Gabrielle Bondi
Get Even More From Bustle — Sign Up For The Newsletter
From hair trends to relationship advice, our daily newsletter has everything you need to sound like a person who’s on TikTok, even if you aren’t.