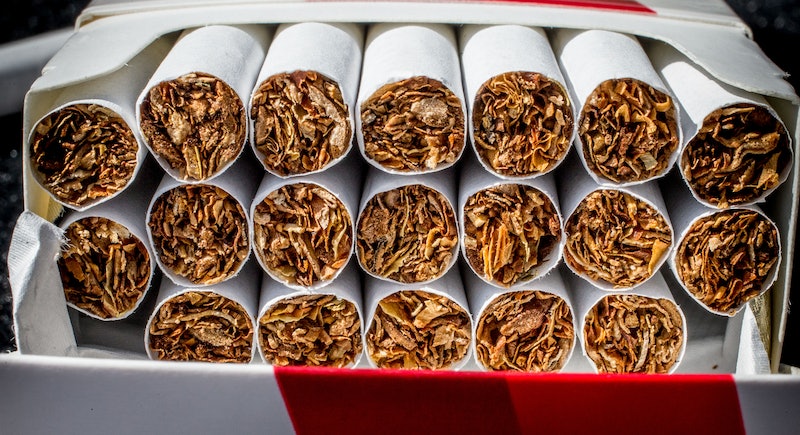 While Americans may be embracing marijuana more than ever, they’re also turning their backs on tobacco. A new report shows that in the last fifty years, smoking rates have seriously plummeted, from 42 percent of adults in 1964 to just 18 percent in 2012. While it’s impossible to say what exactly caused the decrease, the Center for Disease Control chalks it up to a Surgeon General’s report, published in 1964, on the health risks tobacco poses. Around one-third of heart attacks are caused by tobacco, says CDC director Thomas Frieden, and smoking increases the risk of 14 different kinds of cancer. An estimated 18 million Americans have died from tobacco use since the Surgeon General’s report was published.

The report also credits less tobacco use with increasing life expectancy. A 40-year-old woman in 2014 can expect to live five and a half years longer than her 1964 counterpoint; the CDC attributes one third of that average to lower smoking rates.

However, while a smaller and smaller share of the American population is taking up smoking, it’s still relatively endemic. Last December, the CDC found that in the U.K., 600 kids under the age of 16 take up smoking every day.

More like this
Here's How Cardio & HIIT Affect Your Body Differently
By Carolyn Steber
My Honest Review Of Rumble Boxing
By Carolyn Steber
The Benefits Of Doing Adduction Vs. Abduction Exercises
By Carolyn Steber
This Psychological Effect Might Be Keeping You From Hitting Your Goals
By Lexi Inks
Get Even More From Bustle — Sign Up For The Newsletter