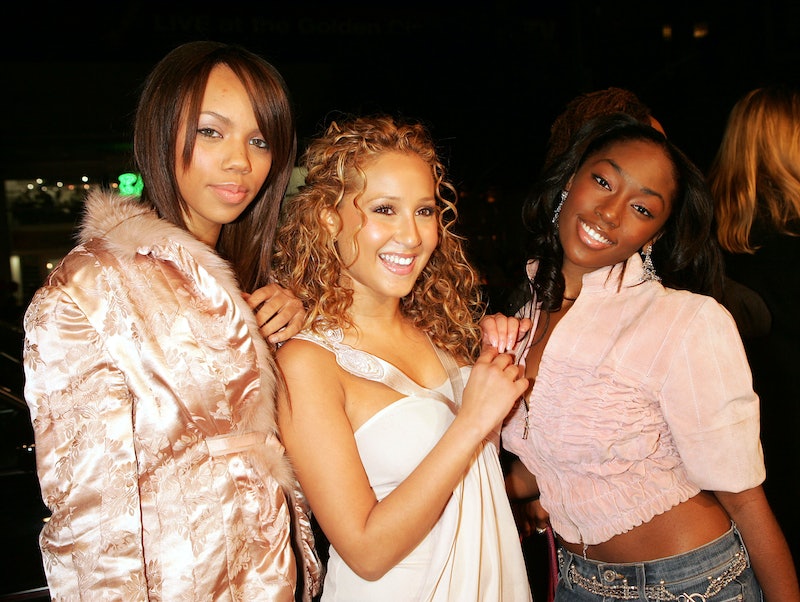 I'm about to admit something major. *Takes deep breath.* OK, here goes nothing: I cannot travel through time. I don’t have access to a time machine, I don’t know how to find a wormhole, I do not have a DeLorean, and I do not have a Time-Turner. Super lame, right? Well, do you know what is not super lame? The playlist of early 2000s pop and R&B songs I curated this afternoon. This collection of early Noughties tracks takes my ears back to the first five years of the New Millennium and is probably as close to a time-traveling phone booth as I'll ever get. Hey, I'll take it!

Whether it's been a day or a decade since you last listened to any/all of the tunes below,* I sincerely believe it would behoove you to listen to the playlist from start to finish. All of the tunes are too perfect, too day-brightening, and too delightfully '00s to skip. Like, I may go so far as to say these tunes should be listened to on a daily basis. They're just that good.

*OK, if you really did listen to all of these songs yesterday, consider me freaked out. Are we linked at the brain or something? I mean, how else would we pick all of the same songs? Don't try to tell me it's nothing more than an odd coincidence. I want answers.

“Gotta Tell You” By Samantha Mumba

This song and this music video are more early aughts than a Razor scooter.

“With You” By Jessica Simpson

Not only is this song a treat, but the music video is chock-full o' references to Newlyweds: Nick and Jessica, aka one of the best reality shows that ever drew breath.

“What About Us?” By Brandy

Fun fact: This Darkchild-produced track is one of the most played songs in my iTunes library.

“Nobody Wants To Be Lonely” By Christina Aguilera & Ricky Martin

If you don't get goosebumps every time you hear Xtina and Ricky harmonize, then your goosebumps gland must be broken.

“Blowin’ Me Up (With Her Love)” By JC Chasez

I will never not be obsessed with JC's solo stuff.

"Die Another Day" By Madonna

Ciara and Missy Elliott are goddesses. Bow in reverence. We are not worthy.

Somehow, I forgot about the amazing turn this amazing video takes at the 3:38 mark.

“Holler” By The Spice Girls

Geri Halliwell's departure from the group stung, but jams like "Holler" eased the pain.

This song fills my heart with so much joy.

I lose my mind every time I listen to this song/watch this video.

BRB, going to go try to re-learn the choreo from the video.

If you have not seen this music video before, be warned: things get gory.

I still want to live in this music video.

“Days Go By” By Dirty Vegas

WHO WANTS TO SLOW DANCE?

“Still On Your Side” By BBMak

“A New Day Has Come” By Céline Dion