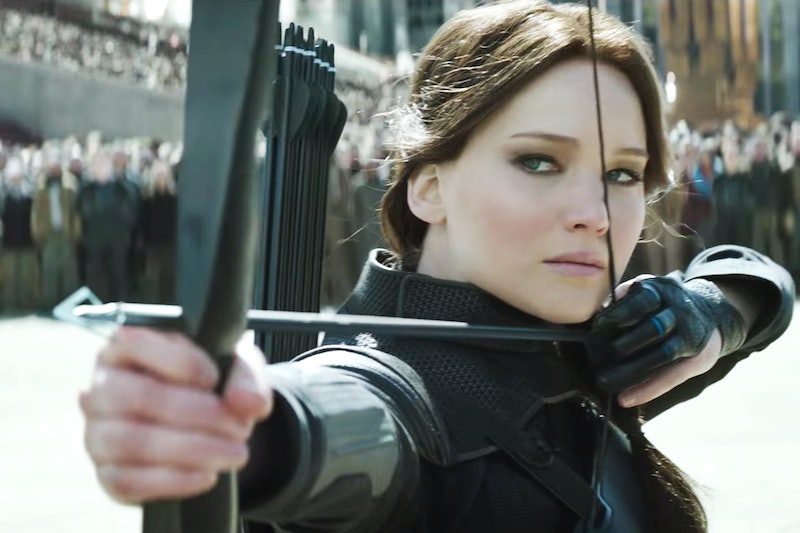 Well, as if the reasons to include more women in film weren't already apparent enough, here's another one: Arts.Mic has published a study that concludes movies about women fare better at the box office than movies about men. According to the study that covers a span of nine years, films that revolved around female characters grossed an average of $126.1 million, while films that revolved around males grossed an average of $80.6 million. That's quite the gap. Like. A $45.5 million gap actually. But who's counting? (Me. Yes, I am counting.) So, after looking at how glaringly obvious it is that women-driven stories are overshadowing their male counterparts — you know by millions of dollars — the question remains: Why aren't their more stories about women in Hollywood?

At this point, saying that women are underrepresented in Hollywood is more fact than it is opinion. It's been so noted time and time again and so proven over and over that it almost feels blasé to say out loud. (Keyword being almost). Arts.Mic reports that female characters "only made up 30.2 percent of the 30,000-plus speaking characters of the past seven years." Back in February of this year, Vanity Fair stated that woman composed "12 percent of protagonists in the top-grossing films of 2014," and that it doesn't look like these stats are improving. "The latest figures represent a drop of three percentage points from 2013 and a fall of four percentage points from 2002." Yikes.

You mean to say that the gender who draws the biggest box office numbers isn't being represented fairly? And that it's only getting worse? As Arts.Mic points out, that's just bad business, Hollywood. Straight up, bad business.

Arts. Mic does make it clear, however, that the gap in gross revenue they discovered has something to do with there being more male than female films, stating that for every Harry Potter there's a "box office disappointment like G.I. Joe." Essentially, because there are only 36 women-driven films, compared to 97 male-driven films within this 133 movie database they compiled, women-driven films have fewer chances to bomb at the box office. And you know, less chance to bomb equals higher average ticket sales. That's not to say that there isn't something inherently depressing about that 97-to-36 stat in itself, though, because let me just repeat that one more time. 97-to-36? That's almost triple the amount of male-led films to female-led ones. Plus, while this is an important rebuttal to to bring up on Arts.Mic's part — the message still speaks for itself loud and clear. Female-driven films are doing really well. Really, really well. Plain and simple, and despite the gender bias.

So where do we go from here, then? Greater diversity behind-the-scenes is one place to start, but the stats are bleak there too. Succinctly put, women just aren't given the same opportunities as men to direct. And less female-directed stories seems to mean less female-centric films, etc. If this recent study isn't proof that the the support is there for female directors, female actors, and female-dominated films, how much more obvious can it get? How many more studies and statistics and reports on actual facts will it take for Hollywood to listen up?

Hopefully it won't be long until we start seeing a real, tangible change. But, until then, showing support for these female-led films — whether it be just voicing your opinion or purchasing tickets at the box office — is already doing something huge to move the needle. As long as we all remember: Who run the world (i.e. box office)? GIRLS.