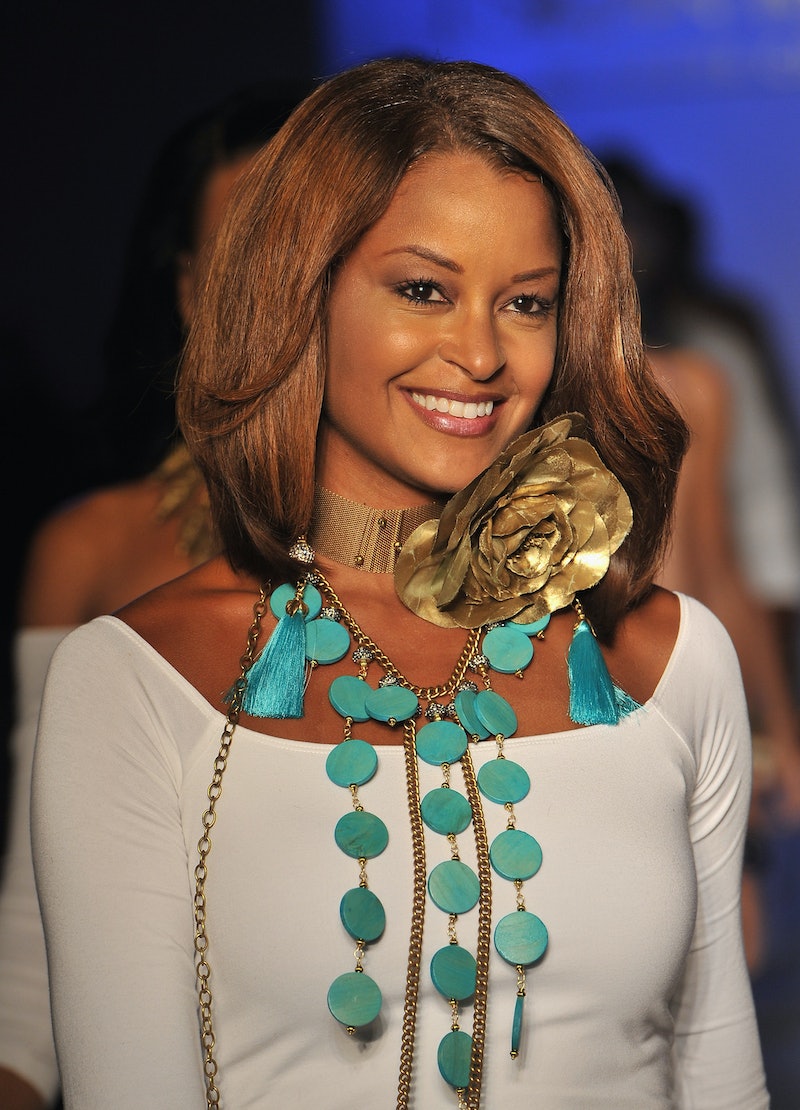 One of the most outstanding things to come out of Season 7 of The Real Housewives of Atlanta was the introduction of Claudia Jordan. While the franchise was starting to get a little repetitive, she provided a whole new source of conflict: Hating on her was basically a sport among the Housewives. Unfortunately, it does not appear that Claudia is in the main cast this season, so what has Claudia Jordan been up to since last season of RHOA ? As it turns out, she hasn't had the easiest time in the past year.

Since RHOA Season 7 ended, Claudia also lost the job that brought her to Atlanta from New York in the first place. She was a host on The Rickey Smiley Show, a popular radio program in the Atlanta area. But Rickey Smiley and Claudia allegedly had some kind of falling out. In a long interview with Atlanta Daily World, Claudia claimed that their working relationship deteriorated over the past year. While things started out good between them, at first, Claudia claims that Smiley allegedly asked her to stop making her trademark commentary (which, to be fair, often went into offensive territory) and play more of a "straight man" character.

Eventually, she claims that she was asked to eat alone instead of with the rest of the staff and she claims that she and Smiley even lost the friendship they once had. "I don't think we're now cool, personally," said Claudia. "Not from what I'm hearing. People call me from the show and they say, 'I don’t like what’s being said about you.'"

Smiley responded to the claims of animosity between Jordan and himself in a video interview on RollingOut.com:

Claudia's a friend of mine, we've been knowing each other 15 years. She came to do the morning show. The company signed her for a one year contract. Claudia did not leave the Rickey Smiley Morning Show a day before her contract was over ... we have to deal with general managers, program directors, and the owners, or whatever, and when people decide collectively that they wanna go in another direction, or whatever and they say, 'Hey, it would probably be in your interest because here are some research and some numbers and we have to continue to give the listeners what they want' ... I think Claudia came in and we thank her for her contribution to the show. I think she gave us her best every single morning. She was very nice and very pleasant to be in the room with ... it's nothing personal ... [Claudia and I] are friends and, Claudia, you're welcome to come on the show whenever, to promote whatever she's doing.

In other Claudia news, she's shot down rumors that she's dating Shawn Bullard from Match Made in Heaven, and as of summer 2015, her relationship status was firmly in "it's complicated" territory, according to her interview with Wet Paint. And whether the fling she had going on lasted or not, it's still private.

Unfortunately, in another turn of events TMZ reported that Claudia was allegedly involved in a serious six-car pileup on the Atlanta highway in June 2015. While she was reportedly ultimately fine, TMZ reported that "she escaped with a bad case of whiplash."

But for fans of Jordan's TV presence, it seems like the biggest news surrounding the former cast member is that even though she isn't a Housewife this season, Claudia could "still [be] in play" on RHOA this season, according to what she told The Breakfast Club radio show. She says she was invited back to film with the rest of the ladies, but when time came for Bravo to divvy up the peaches, Claudia was left without one... she told People that she's yet to receive her "pick-up" letter. But since she was filming with them this year, that means she's still pretty close with her friends in the cast — she just posted a photo with Kandi Burruss.

While I know I'm disappointed that Claudia won't be returning to RHOA as a full-time cast member maybe it's for the best. Since she had what seems like a pretty rough year professionally and personally, it wouldn't be as fun to watch the shady showdowns between Claudia, NeNe, Kenya, and Porsha. But with the return of Sheree, that means there could be another season for Claudia Jordan to return in the future.